Most of us know the name Phil Rudd as synonymous with Aussie rock stalwarts AC/DC.  Phil joined AC/DC in 1975 and remained with the band until 1983 when he was reportedly dismissed due in part to a conflict with guitarist Malcolm Young.  He moved to Tauranga, New Zealand and filled his time away from AC/DC with the purchase of a helicopter company, racing cars, becoming a farmer and building his own recording studio.  Rudd re-joined the AC/DC camp in 1993 and has since appeared on the albums Ballbreaker (1995), Stiff Upper Lip (2000) and Black Ice (2008).  He also owns a steak and seafood restaurant in Tauranga New Zealand. 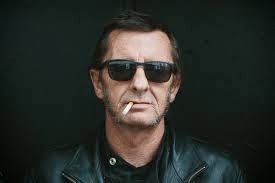 Rudd has now taken a stab in the solo album department with the recently released Head Job.  He wrote and recorded the effort with two friends, guitarist Geoffry Martin and bassist/vocalist Allan Badger.  I had previously investigated the advance video release of “Repo Man” and found it to be enjoyable but I had my doubts on what the whole thing would sound like.  Let’s see if I was right shall we……..

The title track “Head Job” gets things underway fantastically.  I played it four times through before I could move forward.  I can’t say enough good things about this track that remained in my head for days afterwards no matter how many times I listened to it.  In fact as I would be singing the chorus 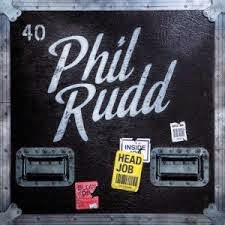 under my breath to the beat rolling in my head throughout the day it often came out in answer to a question I was asked by co-workers…..this action elicited some very questioning looks!  The subject matter is not sexual but according to Rudd the track is about “going to the pub to commiserate with your mates about someone doing your head in”.  If this track doesn’t get your toe tapping you may well need a visit to the hospital for life support systems!  What an opener to an album and an instant fave for me, hope to hell this quality keeps up!  “Sun Goes Down” sits in the second position of the collection, filled with a bluesy swagger and a great driving beat for another excellent straight ahead rock song.  The slower but still infectious groove of “Lonely Child” keeps things rolling but so far nothing matches “Head Job”.  “Lost in America” continues the vein but my excitement is beginning to wane.   After that, we get “Crazy” an almost country-ish and frankly weak tune that I just don’t enjoy.  “Bad Move” brings back the distortion and heavier sound in this plodding number that grows on me with every listen.  The funk of “No Right” is catchy but “The Other Side”, the longest composition, gets skipped during almost every listen.   “40 Days & 40 Nights” fixes everything and has a groove that you can’t miss, while “Repo Man” is just the way Southern Blues Hard Rock should be.  “When I Get My Hands On You” is the final entry and another solid one at that.

Bottom line:  While I found a couple of the middle tracks of Head Job to be a little flaccid Phil Rudd and his friends have created some amazing and catchy Southern blues, swagger-filled songs.  Take note of “Head Job”, “Repo Man”, “40 Days & 40 Nights”, “Sun Goes Down” and “When I Get My Hands On You”.