An Appropriate Time of Year to Smash Pumpkins 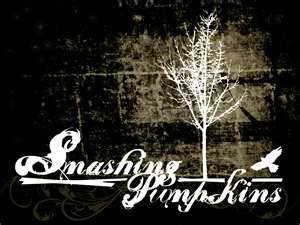 The Smashing Pumpkins just happen to be one of those bands that fell through the concert cracks for me and I missed seeing them live in their 1990’s heyday.  So when I heard that they were going to roll into the Air Canada Centre in , I thought how fitting to rectify the situation a few days before Halloween.
The start time on the ticket read 8PM, but having been “caught with my pants down” on a couple of instances recently, I thought it wise to arrive early.  Ahhh, at least I’m learning from my mistakes as sure enough the opening act took the stage at 7:45PM.  What is it with Ticketmaster and these concert start times?  I always seem to remember concerts starting late, not early!! 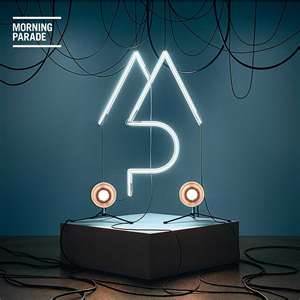 In any case, Morning Parade hailing from merry old entertained us in their first foray into .  They played their first two songs Close to Your Heart and Carousel and then as an intro to the third number, the singer announced “for those of you that know us, we may seem a bit light tonight thanks to your border patrol”!  Their ambient lighting blue, pink, red and yellow continued throughout Us & Ourselves.  The singer introduced the next song as Half Litre Bottle from the debut CD out in stores now and then added as an almost after thought; “the CD has all five members on it”.  The crowd was a little sparse at first, but was beginning to fill in a bit now as Morning Parade’s harmonic vocals took us through the next song entitled Headlights.  As they finished up with Under the Stars, my concert going partner pointed out that they sounded like Our Lady Peace (a Canadian band from the 90’s), but to me they were more like Oasis.  While Morning Parade soldiered through their set being short two members and they tried their best to interact with the audience, doing a decent job of warming us up, no songs particularly caught my attention overall.
With what seemed like at least half of the auditorium still empty, we decided to stretch our legs and wander around.  The lines at the merchandise booths were not the usual push/shove or strain to see type of experience and not many of the crowd were going away with new swag.  Seeing two lovely looking people appearing a bit lonely behind the beer kiosk we decided we’d better go and brighten their day.  Of course the beer is way over priced, but what do you expect at a big venue concert designed to assist you in parting with your hard earned cash in as many ways as possible?  In chatting with the beer vendor, we asked if they get a lot of “chirping” about the beverage prices.  Oh yes, she said, she often gets blamed like she’s the owner of the A.C.C. and personally sets the pricing scheme.  She gets verbally abused and sworn at all the time!  But apparently it’s not so bad at a show like this (a comment which I was a bit startled at), but it’s way worse at a show like Neil Young or Eric Clapton as it brings out the older folks who are used to drinking in their garage all the time.  She cuts more people off at those shows than something like this.  Unable to resist temptation, I asked her if since she was the owner and in charge of all pricing for the A.C.C. could she get me a deal on T-shirts?  Hopefully I brightened her day with a little chuckle. 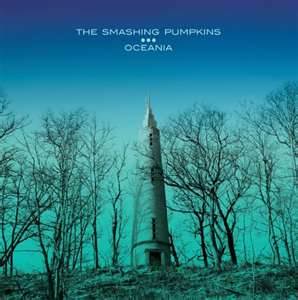 Having caught wind of The Smashing Pumpkins setlist plan prior to this evening, I wisely kept that to myself.  I knew that my concert partner would not approve and I feared that we were in for a bit of a sleeper.  I was not wrong!  Billy Corgan’s plan was to play the entire CD as an opening to their show.  Pumpkins came on at 8:45PM and hit like a sonic assault, but subsequently lost the crowd shortly afterwards.  They displayed a good light show and had a huge sphere or orb as a backdrop.  By the third song I realised that my fears had come true and it would be the CD in it’s entirety to open the Smashing Pumpkins show.  There was no talking between songs or intros of any kind.  To be honest, every song sounded exactly the same and it was hard to tell where one ended and another began.  The overall sound in the stadium was good, with the bass reverberating mildly off the cavernous ceiling.  There was a constant visual on the big sphere (later I learned that this was directed by Sean Evans who had previously worked with Roger Waters).  Perhaps they are relying on the visual sphere to entertain the audience, which was not going over well as the crowd seemed rather lacklustre about the performance so far and all remained in their seats, some visibly yawning and we were only around half way through Oceania.  I understand playing a whole album in concert (Queensryche’s Operation Mindcrime or Judas Priest’s British Steel are two that come to mind that I’ve seen), but make it a classic album, not something that’s only been out for three or four months and no-one knows. 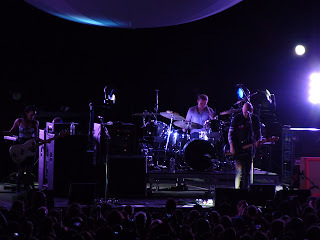 Around song seven (hard to tell as they all sound the same) Billy finally addressed the crowd to proclaim that they were doing the whole album as his intro to the title track.  The crowd around us had basically all left, and now we were surrounded by empty seats that were once filled at the start of Smashing Pumpkins’ set.  What an audience killer!  Be very warned away from this tour unless you are quite familiar with the new release.  Maybe it’s in Pumpkins’ contract to help boost concession sales by driving the crowd from the auditorium in an effort for them to stay awake?  Titling the tour Oceania should mean that they are supporting the disc and playing songs from it interspersed with the classics and hits that made them famous.  Just because it’s got the album title doesn’t mean that they should play the full album, just like a band that calls it “The Farewell Tour”, but then just goes out on tour again next year. 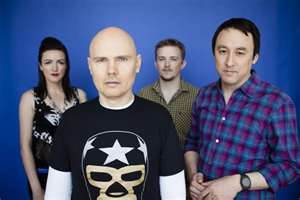 Finally the crowd shot up out of their seats eager at a tune they recognised in The Smashing Pumpkin’s rendition of David Bowie’s A Space Oddity, at which they did an excellent job.  As my concert partner pointed out, there was no longer anything on the big sphere now other than coloured flood lights.  The big budget video images are all finished?  The crowd remained standing as next up was X.Y.U., a little known song from the double CD Mellon Collie & Infinite Sadness.  Then things really heated up with Disarm.  The whole crowd was on their feet now; this is what we paid $70 a ticket for.  If I wanted to preview the new CD I’d buy it on I-tunes or order from Amazon, lord knows that the local record store won’t have it and it takes longer to order and more expensive than doing it through Amazon too!  The audience looked mostly rejuvenated by now, singing along to Tonight, Tonight and then Bullet With Butterfly Wings cemented that home as now every single person was up on their feet and into the show.  And then just as Billy started win over the audience he killed it with what had to be a seven minute (seemed like anyway) talk, including useless banter with the bass player.  He made the obligatory comments about Toronto’s hockey team (as if it matters this year with the strike!) and after a few minutes he responded to an obvious heckler down in front with “what’s that, you want me to play some music?”.  Well it seems that the dissension and frustration with The Smashing Pumpkins set was even reaching the crowd at the very front of the stage.  The female bass player chattered on something about wrestling, followed by Billy’s comments on the Toronto Blue Jays baseball team!!  The crowd around us was not only growing frustrated and restless, but they seem downright pissed-off and began chanting things like “music” or “play a song”.  Billy still continued to chatter on at us, now saying something about “some people didn’t think that the band could continue in this form and that they were wrong”.  Newsflash Billy, hope you don’t think you’re actually winning over any fans here, you’re actually driving them away!  Certainly you’re not a stand-up comedian, so get on with the music.  Finally the band broke out into a tune, albeit the not well known, more recent track of A Song For A Son.  There doesn’t even appear to be any heads bobbing in the crowd down on the floor let alone anything else, until they get into Today and get the crowd rose to their feet standing and singing again.  Stand Inside Your Love and Muzzle closed out the regular set.  After a quick break they came back out at 11PM and treated the crowd to a three-punch encore of Ava Adore, Cherub Rock and Zero.  They played well, sounded great and Billy’s voice sounded exactly like it did almost twenty years ago.  However, while the crowd loved the encore performance, into it the whole way, I think that most, along with myself feel that it was too much too late by this point to save the evening from an utter bore and pure frustration.  I understand that as they get older and progress musically that they want to get more intricate with their compositions, but maybe Billy has forgotten about the songs that made them who they are and that’s what the crowd expects to hear, with some newer stuff mixed in.  Had they done that, with their catalogue of music to chose from this would have surely been an excellent show, but as it was I want a refund!