Back to Back Nights With Coney Hatch! 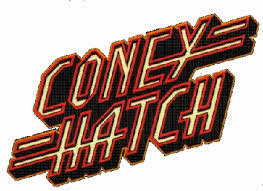 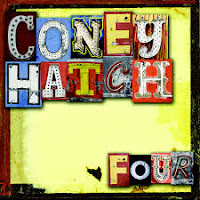 and drummer Dave Ketchum.  Coney Hatch, rumored to be named after the Colney Hatch Lunatic Asylum in , working with producers such as Kim Mitchell and Max Norman issued three albums Coney Hatch (198)2, Outta Hand (1983) and Friction (1985), before calling it quits and moving on to respective careers.  In a twist of fate, Carl Dixon, while down under in assisting his daughter and writing music for a television show she was working on was the survivor of an absolutely horrific auto mobile accident in April of 2008.  During his coma induced state in the hospital, Carl’s wife held the receiver of the telephone to his ear while friends, family and his former Coney Hatch band mates bestowed words of encouragement upon him.  Coming out of the coma, something that stuck with Carl were the words of Andy Curran which were “get better quick, 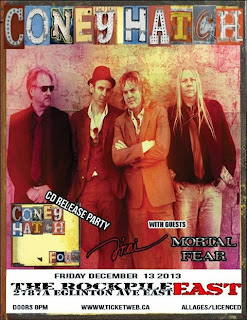 we have a lot more rocking to do with Coney Hatch” and that’s exactly what the Canucks are doing today!  After a benefit show in Carl’s name in October of 2008, featuring fellow Canadian artists such as Helix, Brighton Rock, Russ DWaRf (of KiLLeR DWaRfS) and Andy Curran, Coney Hatch, realizing that life is too short to not do what makes you happy, fully reunited with the original members for the first time in some 15 years.  Fronted by a fully healed Carl Dixon, August of 2010 saw them on stage in for a reunion concert followed by an appearance at the Firefest Festival in slated for October of 2011.  A record deal arose out the Firefest appearance and in October 2013, with several more successful shows under their belts they unleashed the incredibly aptly titled Four.  The CD release party and concert took place on back to back nights at The Rockpile East on Friday December 13th and at The Rockpile West on Saturday December 14th, 2013.
Having had the opportunity to catch Mortal Fear previously when they opened for the sold out KiLLeR DWaRfS grand opening of the Rockpile East back in October I knew what we were in 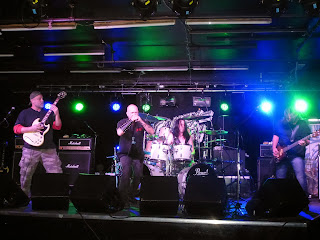 for. Mortal Fear stormed the stage, delivering a plateful of thrash flavored old school heavy metal, serving up songs like the internet sensation “Inject The Fear” and “Left To Die”.  Looking a little like Rob Halford with the long goatee and shaved head, vocalist Ken Munro doled out the lyrics in his gravelly growl and Steve Turrer wore his guitar quite high on his chest and were obviously a tight unit, not surprising since they originally formed in 1985!  Now with original members Ken Munro (vocalist), Steve Turrer (guitars), Pete Turrer (bass) joined by drummer Steve Scott, Mortal Fear are supporting their self titled début CD released in 2012, a definite purchase when I see them set the stage for another great Canadian metal act, Varga on January 4th, 2014!
In a display of awesome showmanship, the band J’nai absolutely owned the stage once again and they must be seen live to be believed.  Pounding out their original alternative tinted compositions such as “Gone”, “In The Light”, “Accident”, “Defeat Them All”, “Lights Out” and “Away From You” as well as the total fan favorite of 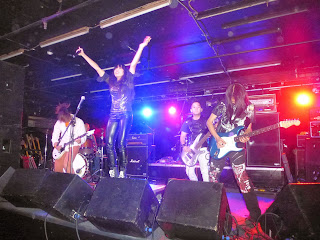 “Skipping Stones” and their covers of Rainbow’s “To Kill The King”, Guns n’ Roses “Welcome To The Jungle” not to mention the incredible and fan requested Heart’s “Barracuda”.  Amid a shroud of dry ice smoke front woman Jeanette Ricasio offered some sultry moves standing at
op a case of stage gear captivating the audience, old and new alike.  Guitarists Stephan and Richie successfully performed their guitar switch move which is accomplished by flinging their instruments at each other mid song, while Dave Alcordo delivered thundering bass lines and their new drummer, recently stepping in for Rui Cimbron, pounded out the back beat like he’d been playing these songs for eternity. 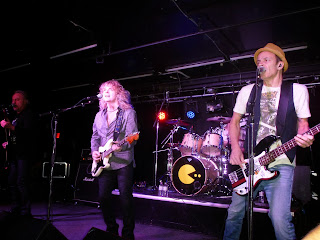 Coney Hatch has not lost a step from their youth and that was certainly apparent as they blasted onto the stage around midnight opening up with “We Got The Night” off of their 1982 début followed by the awesomely quirky “Stand Up”.  Coney Hatch has the unique distinction of possessing two very talented, but very different vocalists in Carl Dixon and Andy Curran and these first two selections perfectly displayed that as the boys were obviously having fun up there.  “Don’t Say Make Me” and “First Time For Everything” both from the second release came next before we were treated to six cuts off of the new Four record with, “Blown Away”, “Boys Club”, “Down & Dirty”, “Connected”, “Keep Driving” and “We Want More”.  If you’ve not yet picked up the Four record I highly recommend that you do so as soon as possible!  Slowing things down a little, they served up “To Feel The Feeling Again” before they played a crowd request.  “Thanks to Debbie from for requesting “Some Like It Hot”” Carl announced as they ripped 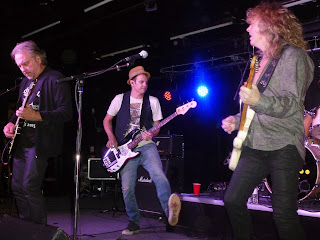 through it and into the radio hit “Hey Operator”.  Coney Hatch closed out the night with a double shot from the début record in “Devil’s Deck” and “Monkey Bars”, probably two of their best known songs.  The audience wouldn’t allow that to be the end and the cheers enticed The Hatch back to power through a rousing version of the AC/DC classic “”to finally close the evening.  You may have heard the story of the last time Coney Hatch played in Toronto and the missing lyrics to “Blown Away” and I’m going on record here and now as saying if anything’s missing don’t look towards me as I was not near the front of the stage all night!!  The Hatch is back and thank God for that, I’ve missed you so! 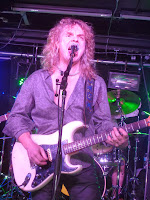 Setlist:
“We Got The Night”
“Stand Up”
“Don’t Say Make Me”
“First Time For Everything”
“Blown Away”
“Boys Club”
“Down & Dirty”
“Connected”
“Keep Driving” 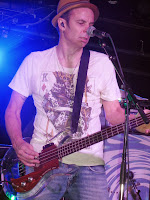 “We Want More”
“To Feel The Feeling Again”
“Some Like It Hot”
“Hey Operator”
“Devil’s Deck”
“Monkey Bars”
Encore:
“” (AC/DC cover)
…………….And that was just Friday night!! Saturday at Rockpile West found Mr. Wallygator in the crowd……. 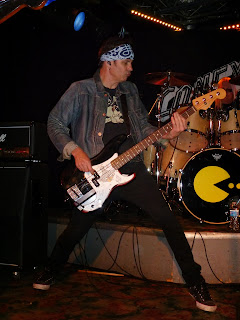 SNOW was the theme of the day on this particular Saturday in Toronto. It started snowing Friday night and never actually let up. Facebook chatter questioned whether or not the Coney Hatch WEST show was going to be cancelled as the white stuff piled deeper and deeper, but around 4pm the decision was made that “the show must go on”.

Living less than 10 minutes away from the Rockpile West, I had no excuses so I made my way to the bar wondering just how many people would brave the blizzard, but Coney Hatch fans proved a hearty bunch. Rockpile owner Domenic pointed to the growing crowd in amazement, “now these are fans!”, he proclaimed.

Hitting the stage just past 11:30pm, the boys in Coney Hatch thanked everyone for braving the weather and promised us the $45.00 show for our efforts. Last time I saw Coney, they were knee deep in working on the new album Four and we were treated to a peek of a new song. Tonight, however, we were here for the official CD release party for that new album and the band belted out no less than FIVE new tracks!

Now, I will state here and now that Four is my pick for album of the year, I have been telling everyone how seamless this album fits into the “Coney” sound. It is refreshing to see a band like Coney Hatch moving forward as well as delivering the classics, unlike many of their peers who continuously rehash the same tired sets again and again.

At one point, Andy Curran pointed out that Steve (Shelski) and Dave (Ketchum) were sporting sunglasses on stage as they were nursing the hangovers left over from the Rockpile East performance the previous evening. That said, their performance was spot on and watching the fun that these guys have on stage is one of the reasons I love this band so much. They taunt and tease each other relentlessly and spend much of their set “smiling”, it’s almost as if they are truly enjoying themselves, almost like rock n roll is supposed to be fun or something. So until next time, “keep driving” and remember “banana splits are a definite plus”