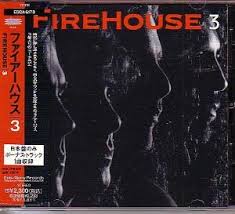 I remember in school we used to get this little paper called ‘Weekly Rader’. It was a little paper printed up for kids. Inside it had the latest news events, watered down for the kids, and some facts that some mat find interesting. Sometimes, they would talk about different countries and cultures, too. So, when this weeks subject of ‘Big in Japan’ was given, I went back, in my little time machine, and remembered what we learned about Japan…NOT TOO MUCH. I did learn that Japanese children went to school EVERYDAY, also learned that they copied ALOT of American trends and foods. They have very limited space, and often the grandparents live with their child’s family. elders are very respected in Japan. And that’s about all I remember about Japan. 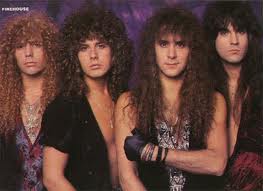 The Japanese are very big fans of western culture in the early 80’s to well, even now really. Many hard rock artists made a smash in Japan, before really even taking hold of us yanks in the states. Firehouse was one of those bands. They did have success here in the states, but it was Japan and Asia where the name Firehouse was met with screams and howls.

Formed in 1989 in Charlotte, North Carolina. 1989. Lead singer C.J Snare had that lead singer look, too. Long flowing like hair, eyes of steel,yet some form of compassion. The guys had a good sound and they caught on fast. Back track to 1984. Bill Leverty, guitarist for Firehouse needed a drummer for his then band White Heat. Twenty auditions in, he meets Michael Foster. Foster auditions for Leverty, floors him and Foster gets the gig. One evening, while White Heat wasn’t on tour, the guys went to a club and it was there they saw the band Maxx Warrior. Fronting the band was future Firehouse lead singer C.J. Snare and bassist Perry Richardson. A few months later, the band Firehouse was formed.

Relocating to North Carolina, the guys began recording their demo. To earn money, they would play at different hotels around town. December 1989, found Michael Caplan of Epic Records caught one of their shows. After the guys performed, Caplan made an offer.

1990 gave us the self titled debut album from Firehouse. It was loved by the critics.the guys won an American Music Award in 1991, for Best New Hard Rock/Heavy Metal band, beating out Nirvana and Alice In Chains( happy face).Firehouse had quite a few hits, but the two songs that made them popular with the Dial MTV(remember that show) and the early pop metal genre was the hit “Don’t Treat Me Bad”, and the wedding song of 92 to probably 95 “Love of A Lifetime”. Both songs put the band on the map and gave them the success they worked hard to obtain.

Firehouse maintained quite a bit of success here in the states, but it was in countries like Japan, Thailand, India, most of Asia really, along with South America and Europe where they found their biggest and still largest following. Not saying they aren’t still a hit here in the U.S. anyone who thinks otherwise should look at their current tour schedule. They have more shows booked than the Ringling Brothers Circus, and more dates than a prom queen. You figure it out. 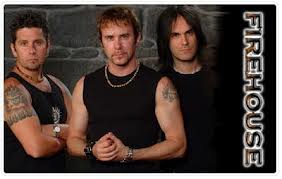 There are VERY FEW bands from the metal (pop, death, speed…what ever floats your wagon) that are still around today, with their near ORIGINAL line up, but Firehouse is one that has stood the test of time and trends. Not only have they sold millions and millions of albums around the world, they’ve sold out arenas around the world also, and are still to this day Rocklahoma favorites (next to Tesla, in my opinion). Firehouse has done quite a bit in their career, and they’re still going.