Blown Away By FOUR! – Coney Hatch 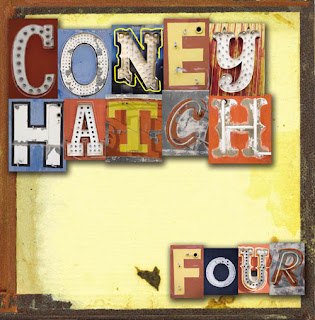 Hard Rock is alive and well north of the 49th, as Coney Hatch prepares to unleash their fourth studio album aptly titled “Four”. For those uninitiated, Coney Hatch broke onto the Canadian music landscape in the 80’s releasing three albums on Anthem/Polygram in as many years and toured with the likes of Judas Priest, Iron Maiden, Accept and Cheap Trick. 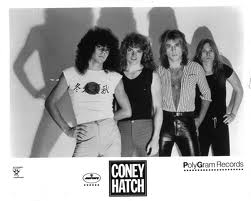 I became aware of Coney Hatch when I was a young teenager and first witnessed the video for “Devil’s Deck” on television. The hard rocking guitars, melodic vocals and a killer thumping rhythm section, I was SOLD! At the time I probably didn’t even realize they were a Canadian band, it didn’t matter though it was great music and quite frankly it still is!

Comprised of Carl Dixon (lead vocals/rhythm guitar) Andy Curran (lead vocals/bass) Steve Shelski (lead guitar/vocals) and Dave “Thumper” Ketchum (drums/percussion),  Coney Hatch toured extensively through the early eighties. If not on tour supporting the biggest names in rock, then they were out earning it one “Monkey Bar” at a time.

The band called it quits in 1986 leaving fans with three great rock albums and some amazing concert memories. After going their separate ways the guys remained busy. Carl Dixon went on to work with April Wine and the Guess Who as well as continuing to release solo albums, Steve Shelski joined Larry Gowan’s band for a few years and dove into writing music for television and movies and Andy Curran formed a solo band (Soho 69) before going to work at Anthem records working with many international recording artists including RUSH.

Life has a weird way of shaking things up and setting change in motion sometimes. The reconvening of Coney Hatch started in of all places, Australia. Carl Dixon was down under working on a project that his daughter was involved with when he was injured in a horrific car crash that nearly ended his life. 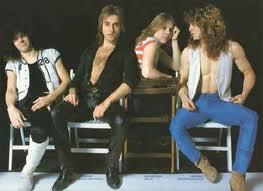 It was a comment made by Andy Curran while Carl was in an induced coma in a hospital bed many miles away that planted the seed of a possible reunion. “I told him to get better quick” and “that we had a lot more rocking to do with Coney Hatch” and Carl remembered those words!

As Carl healed and grew stronger, the musical landscape seemed more than open to the melodic rock of Coney Hatch and some opportunities presented themselves. With some successful shows under their belts, a renewed spirit within the band and a record deal on the table we find ourselves here with a soon to be released fourth studio album entitled “Four”.

The album kicks off with the first single (and video), the infectious “Blown Away”. Immediately the album has me smiling, Blown Away has everything I love about Coney Hatch, driving in your face drums and bass, shredding guitar solos and the vocal prowess of Carl Dixon, big sing along chorus. Hell Yeah! The Hatch is back. “Boys Club”, a dirty little rocker with Andy Curran taking the vocal lead. Reminds me of his Soho 69 days. Tongue in cheek, nasty rock n roll, exactly what the doctor ordered.

The album plays out delivering plenty of balls out rock “Down and Dirty”, “Connected”, “We Want More”, “The Devil You Know” balanced with some softer, melodic rock “Revive” and “Holding On”.
Having two very talented yet different vocalists has always been a cool part of Coney Hatch’s sound. They say that rock n roll will keep you young and that maybe true as Carl and Andy’s pipes sound as strong as if they had recorded the vocals back in 87. 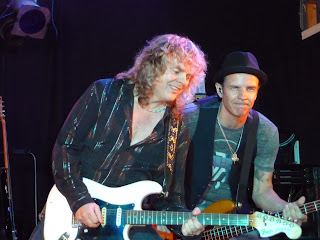 For the uninitiated that weren’t lucky enough to be around or aware of Coney Hatch back in the day, I will tell you this. If you enjoy the riff rocking sounds of Foreigner, Def Leppard and AC/DC? Than I highly suggest you give “Four” a good listen, I think you’ll be “blown away”!

For the die hard Hatch fan? You are already “connected” and know what I am talking about Coney Hatch are back and “Four” was well worth the wait!