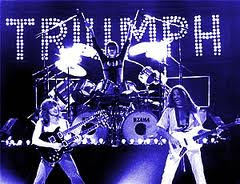 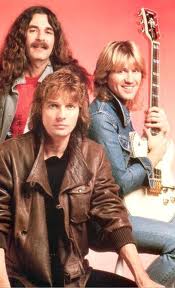 When it comes to power rock trios, Canada is a fine exporter of fine classic rock tunes. As if Rush wasn’t enough, we also have Toronto’s Triumph!

Comprised of Rik Emmett (guitar/vocals), Gil Moore (drums/vocals) and Mike Levine (bass/keyboards) they signed with Attic and RCA records, releasing their debut album in 1976. Triumph relied on the simple formula of record and album, tour the hell out of it and repeat. Touring extensively and releasing some truly classic rock songs they soon were playing arenas and stadiums across North America.

In 1984 they released Thunder Seven and headed out on a headlining tour featuring one of the biggest, state of the art light shows that had ever hit the road.  Singles “Follow your Heart” and “Spellbound” helped drive a platinum album in Canada and Gold in the US. 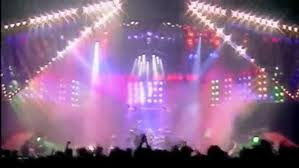 As the 80’s moved on professional and musical differences were creeping in and dividing the band members apart. On September 3rd, 1988 I witnessed Triumph perform at Kingswood Music Theatre at Canada’s Wonderland.

They put on a blistering 2 hour show playing their classics with note perfect accuracy to a packed crowd. We were completely unaware that it would be the last show before Rik Emmet would leave the band for a solo career. 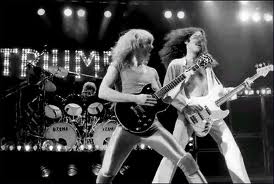 Triumph continued on, replacing Rik but the chemistry wasn’t quite the same and by 1992 they officially disbanded.

Triumph left us with many classic rock hits that are still a mainstay on FM classic rock stations today. “Hold On”, “Lay it on the Line”, “Magic Power”, “Never Surrender”, “I Live for the Weekend” and my personal favourite “Follow Your Heart” are all part of Rock and Roll History and a must for any serious rock collector.

They say that time heals all wounds and in 2007 the original members got together when they were inducted into the Canadian Music Industry Hall of Fame. Although reunion rumours were flying, it was good to see the band back on speaking terms.

2008 saw the band reunite for the Swedish Rock Festival in June of that year. Although we wait, still hopeful for a proper reunion tour, the 2008 show was recorded for a DVD/CD release on August 28th, 2012. 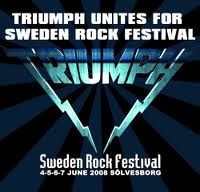