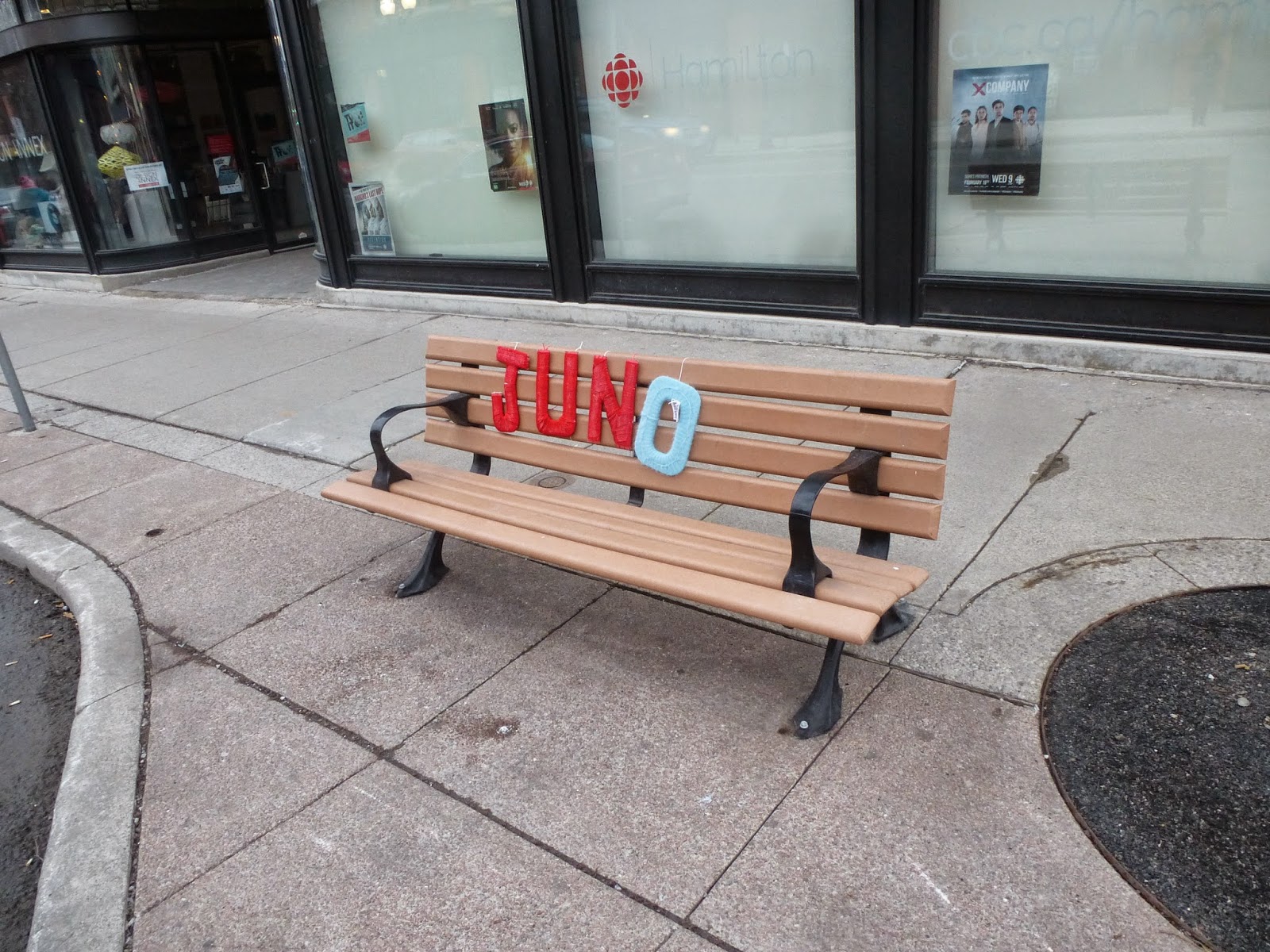 Who or what is a Juno Award, you might ask, that is unless you’re from Canada. Well simply put, The Juno Awards are Canada’s equivalent to The Grammy‘s and showcase the best in Canadian music from genres across the board. The Juno Awards are named for Pierre Juneau who was the first president of the Canadian Radio-television and Telecommunications Commission and 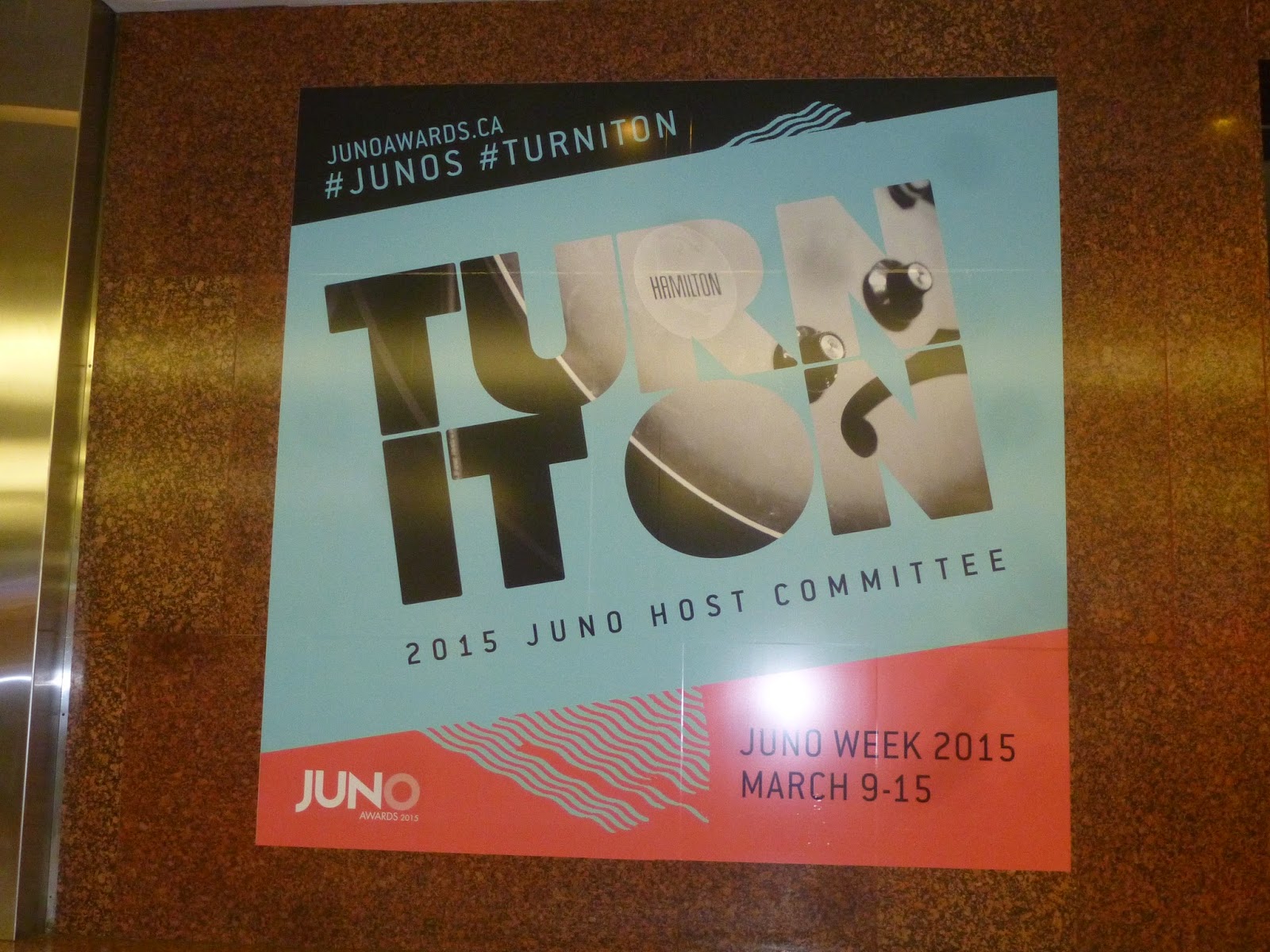 former president of the Canadian Broadcasting Corporation. The awards began in 1970 and celebrate the best in Canadian musical artists, acknowledging their artistic and technical achievements in all aspects of music. Prior to the Awards, the host city features “Juno Week” with Juno related concerts and activities in the days leading up to the official ceremony.

As a part of 2015’s Juno Week in Hamilton, Ontario eOne Entertainment and Gibson guitars held The Gibson All-Star 2015 Juno Extravaganza and Decibel Geek was invited to the event! I’m not too sure who made the mistake of inviting The Meister as Decibel Geek’s representative, but I wasn’t turning it down! The email evite contained only a R.S.V.P. which offered little information about the event taking place on Saturday March 14, 2015, the night before the actual Juno Awards. So I sent an email: 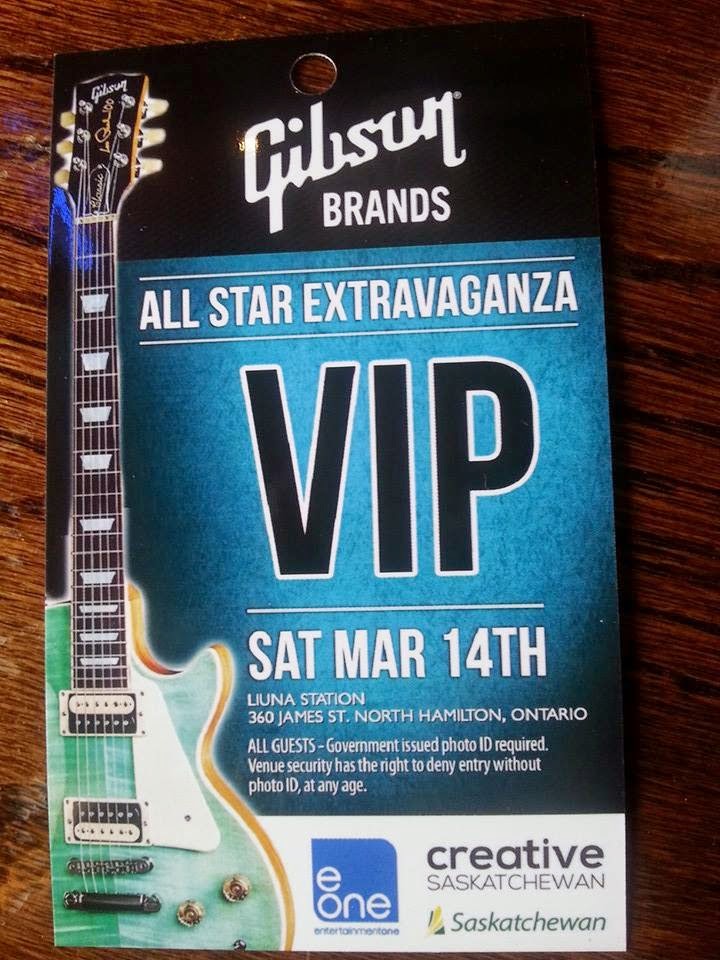 “My name is Rich “The Meister” Dillon and I’m a writer with Decibel Geek. I’d like to thank you for the opportunity to represent Decibel Geek at The Gibson All-Star Juno Extravaganza 2015 on March 14. Never having attended the event previously I had a couple of questions and I could find no information online.

1. What’s the dress code for the event? Being a rocker my usual outing attire consists of ripped jeans and a sleeveless rock t-shirt, but that won’t go over well if this is a black tie event.

2. Will there be any performances/special guests and if so who would they be?”

Answer: “1. No dress code, come as you are. 2. 13 artists from 9pm-3am, but can’t say who they are, only that all of them are JUNO Award winners/noms.” It all sounds so mysterious.

Liuna Station was where the event was being held (revealed only after you R.S.V.P.’ed) and the banquet hall was quite nice inside and a fairly large stage set-up. I certainly felt a little out of my element but was prepared to leave my 80’s style hard rock and heavy metal bubble for a little while, expanding my horizons. For the most part, I was underdressed in my jeans, but hey, at least I threw on a collared shirt for the occasion! Learning earlier in the day that fellow Decibel Geek staff writer Kate Campbell was also going to be in attendance (invited as a guest of another invitee) the shenanigans ensued quite quickly as she discovered the Bacardi photo booth . So glad she was here tonight! (see photos below)!

The affair was underway with the Julian Taylor Band serving as the house band if you will. They treated the spiffy crowd to about a half an hour set of covers  such as Tom Petty‘s “I Won’t Back Down”, Bruce Springsteen‘s “Dancing In The Dark” and others peppered with an original piece or two and I must say that they were quite good. Julian Taylor possessed an excellent voice and covered a wide range of material including, at one point Depeche Mode‘s “Personal Jesus”. Their originals were also quite spirited especially the song announced as being from their new album which is named after the bar from the first Terminator movie, Tech Noir, and I’m definitely on the lookout to purchase the album….perhaps a Facebook message will assist me.

The Julian Taylor Band sometimes vacated the stage to make way for the next Juno winner/nominee performer and sometimes portions of them accompanied or provided the backing band for the performer on stage at the time. While I was unfamiliar with each and every artist aside from one, they each had fans in the audience and rightly so as they all seemed to perform well despite not being “my style”. I wondered if we will be getting a hard rock or heavy metal band at some point? Definitely expanding my horizons. The hors d’oeuvres that began circling the crowd fully assisted in taking my attention and focus away from the performers on stage, well to be exact Kate playing the role of “food shark” as she trailed around the crowd following different hors d’oeuvres trays distracted me. All that was missing was the Jaws movie theme music as she sighted her prey and struck, snatching the tasty little morsels off of the silver platters. 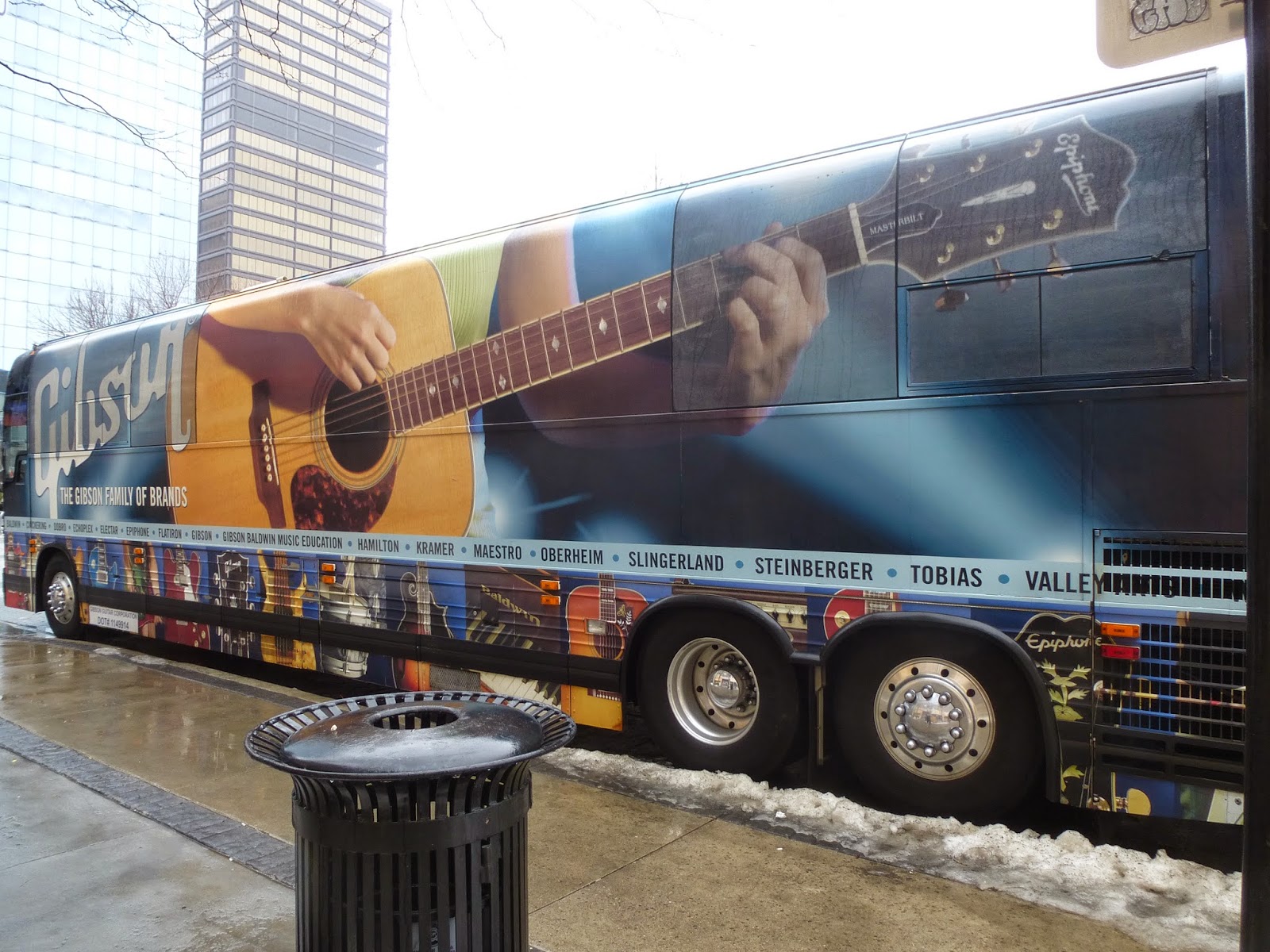 Throughout the evening the performers that spent some time on stage included (and please don’t crucify me if I missed someone or made a name error, but I’ve tried my best to get everyone) JUNO winner for “Country Album of the Year” Dallas Smith and his band for one song, country artist Meghan Patrick from Bowmanville, Ontario and The Once (a three piece band from NFLD). Alysha Brilla with the house band and her strong voice covered “(Sittin’ On) The Dock Of The Bay” and an original with help from her sisters and publicist. JUNO Award winner Amelia Curran & Hamilton, Ontario’s Harlan Pepper with Colin Linden delivered Teenage Head‘s “Let’s Shake” (at least I’m pretty sure that’s who was on stage for that excellent cover!). When Tom Wilson (of Junkhouse…and the only performer I knew) graced the stage with his band Blackie & The Rodeo Kings (also featuring Colin Linden) he spoke into the mic “What we’ve got up here is a bunch of JUNO losers!” before breaking into Junkhouse’s “Out Of My Head” I had forgotten about this song/band and how much I played that cassette when it came out in the early 90’s, in any case it was friggin’ awesome to hear it tonight, a definite highlight! This performance was followed by a rap/hip-hop style artist, Kardinal Offishall who called for the crowd to come closer and they responded as such (I did quite the opposite). He probably had the biggest response, the crowd the most into things I’d seen yet, but I’d never even heard of him before this and had to ask someone nearby for the name. Steve Strongman, Steve Hill & Matt Anderson teamed up to deliver some awesome “dirty blues” next, more albums to search out for. It wasn’t metal, but ole Meister can certainly groove to this! Amanda Rheaume ripped through some covers like The Black Crowes‘ “Hard To Handle” and The Rolling Stones‘ “Honkytonk Woman”. I personally was definitely preferring the latter half of the acts, but maybe that’s because the comedic “food shark” had vacated and I was simply paying more attention. The Dead South from Regina, Saskatchewan were something different with their bluegrass style and served up an amazing cover of “House Of The Rising Son” from The Animals before Lindsay Broughton took the stage with the house band for spirited versions of the rock n roll/blues classic “Shake, Rattle & Roll”, Fleetwood Mac‘s “Dreams” and more, taking us well past 2AM! Finally at around 2:30AM the now rather sparse audience was aurally abused by what I’d been searching for all night long…loud, heavy, smashing, headbanging music! It was served up in the form of a band that I had as yet unheard of (a theme of the evening it seems), The Wild! The Wild! hail from the West Coast Canadian Province of British Columbia and when they hit the stage, literally assaulting the audience’s ears, I was jolted alive. Described on the band’s Facebook page as “the bastard son of AC/DC and ZZ Top“, The Wild! have recently signed to eOne Entertainment and I’m now waiting to get my hands on their forthcoming album. Check out this video from the event for their song “Road House”.

After The Wild’s blistering three song assault I drained the remainder of my final adult beverage and headed toward the door, pausing only briefly to check out the evening’s final performer (I missed their names) with their cover of Billy Idol‘s “Rebel Yell” before I spilled out into the cold dark night. Now to kill time in a 24hr A&W until the next bus to Union Station, Toronto at 4:30AM, then waste 2 hours there until the next bus north to Newmarket at 8AM….what a long night and a chore to make it home!

What did I learn at the eOne/Gibson All-Star 2015 Juno Extravaganza?

#1-Well, I’m rather seriously out of touch with some of my own country’s musical talents and not just in genres that I usually avoid, but all around. Time to search out Julian Taylor, Steve Strongman, The Wild! and others all while spinning my age old copy of Junkhouse’s Strays.

#2-If you get invited to an event such as this in the future, book a hotel room you idiot so that you don’t have literally hours of bus travel to and from, finally reaching your bed at around 9AM, you’re too old for this shit nowadays! 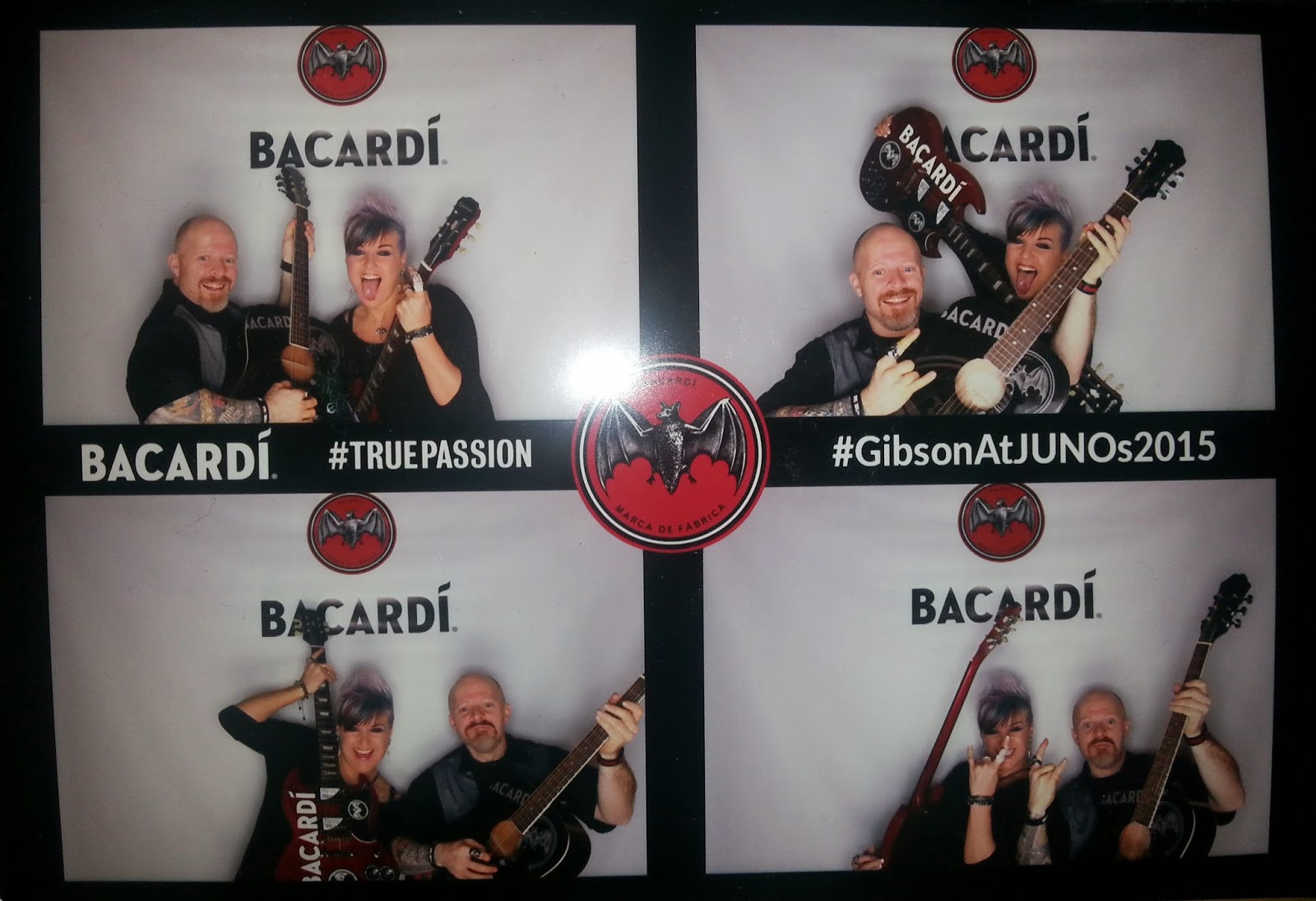 Canadian music offers some of the best in the world across all genres and tastes so check some out! Some of my favorite local area bands include Diemonds, Sarasin, Skrou, Shock and Wild T & The Spirit.