It was all the way back in April of 2012 when we put out an episode showcasing Aaron and Chris’ Top 5 Brian Johnson-era AC/DC songs. With 30 years worth of material on 10 studio albums from the Johnson-fronted version of the band available, it was difficult to narrow down five picks for each host. They never thought picking songs from a 6 album/6 year period would be equally as difficult. The boys’ goal this week was to chronicle Bon Scott’s much-too-short history in music and with AC/DC while playing selections from their favorite tracks from the classic lineup of the band from the six album span of High Voltage in 1975 through 1979’s Highway to Hell album. 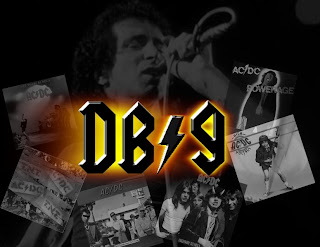 Ronald Belford Scott was born on July 9th 1946 in Forfar, Scotland. In 1956 his family moved to Western Australia. It was there that he joined the Associated Fremantle Scots Pipe Band, learning to play the drums. He attended North Fremantle Primary School and later, John Curtin College of the Arts until he dropped out at the age of 15.
He spent a short time in Fremantle Prison’s assessment centre and nin months at the Riverbank Juvenile Institution relating to charges of giving a false name and address to the police, having escaped legal custody, having unlawful carnal knowledge and stealing twelve gallons of gas. He was, for all intents and purposes, a problem child.
He attempted to join the Australian Army but was rejected for being deemed “socially maladjusted.” In a very real way, the entertainment industry was tailor-made for someone of Bon’s mindset and personality as it allowed him to be himself.
In 1970, Bon Scott moves to Adelaide and joins progressive rock band Fraternity. They soon change their name to Fang. During this time they play support slots opening for Status Quo and Geordie; a band fronted by a gentleman named Brian Johnson who would go on to replace Bon after his death in 1980.
In 1974 Bon is introduced to the guys in AC/DC by friend and former band mate Vince Lovegrove. Vince later worked in journalism and television (including KISS’ 1980 Inner Sanctum Special from Australia).
Bon replaced Dave Evans as the lead singer of AC/DC on October 24,1974, when it became obvious the band and Evans were heading in different directions, with Evans having personal clashes with band members and management.
The Bon Scott AC/DC Discography:
High Voltage:
Released 2/17/75 in Australia 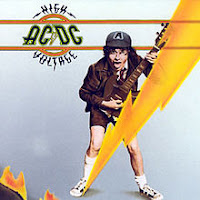 3rd Young brother, George, was one of the albums producers and plays bass on a number of tracks.
Most of the songs on this version of High Voltage were not released outside Australia until 1984, when “Baby, Please Don’t Go”, “You Ain’t Got a Hold on Me”, “Soul Stripper”, and “Show Business” were included on the ’74 Jailbreak EP, released in the United States, Canada, and Japan in October 1984.
TNT:
Released 12/1/75 in Australia
School Days” is a cover version of a Chuck Berry song.
Only Australian AC/DC studio album for which there is no international counterpart. However, seven of its nine songs comprise the international version of High Voltage, released in May 1976. 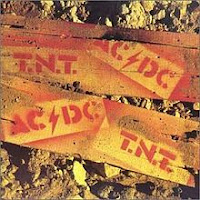 The other two, “Rocker” and “School Days”, saw worldwide release as part of Dirty Deeds Done Dirt Cheap‘s international version (1976/1981) and the Bonfire box set (1997) respectively.
Dirty Deeds Done Dirt Cheap:
Released 12/17/1976 internationally
Certified 6x platinum in the US, selling at least six million copies, becoming the third-highest selling album by AC/DC in the US after Highway to Hell (7x platinum) and Back in Black (22+).
A song titled “I’m a Rebel” was recorded during this album’s sessions in 1976, with music and lyrics written by Angus and Malcolm Young’s older brother, Alex Young. This song was never released by AC/DC and remains in Albert Productions‘ vaults. German band Accept later released it as a single and named their second album after the song. 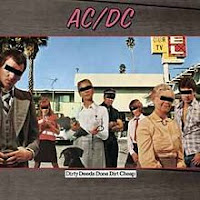 AC/DC’s record label at the time, Albert Productions, was not happy with the album’s vocals and production. According to bassist Mark Evans, the band’s manager Michael Browning told him he assumed Bon Scott would be fired as a result.
On the Live At Donington DVD, Angus and Malcolm explain that the concept of this album was to make it a Humphrey Bogart-esque mystery scenario.
Furthermore, the term “Dirty Deeds Done Dirt Cheap” is an homage to the cartoon Beany and Cecil, which Angus watched when he was a child. One of the cartoon’s characters was named Dishonest John, and carried a business card that read, “Dirty Deeds Done Dirt Cheap. Holidays, Sundays and Special Rates.”
Let There Be Rock:
Released 6/23/77 internationally 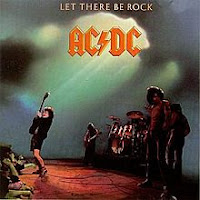 Last AC/DC recording to feature bassist Mark Evans, who previously played on T.N.T. (1975) and Dirty Deeds Done Dirt Cheap
Music video for title track featured Scott as a priest and the rest of the band as altar boys.
For the original vinyl release, in all markets other than the USA and Japan, “Crabsody in Blue” was featured instead of “Problem Child”.
International version’s cover also marked the debut of the band’s logo, designed by Gerard Huerta.
Double platinum in the U.S.
Powerage:
Released 5/25/1978
Originally released on Atlantic Records, and reached No. 133 on Billboard’s Pop Albums chart in the US, eventually going platinum. 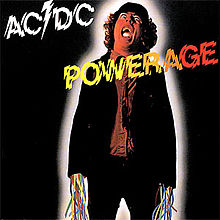 First AC/DC album to be released nearly simultaneously in both Australian and international markets, and the first to use just one cover image for both.
Last Bon Scott-era studio release to feature production work by Harry Vanda and George Young.
Studio debut of bassist Cliff Williams. Former bassist Mark Evans says that the album also has bass by him, as the Powerage songs started being done during the recording of his last album Let There Be Rock, and producer George Young,
while Williams was having trouble on getting his work visa.
Keith Richards has also stated that Powerage is his favorite AC/DC record.
“Riff Raff” is frequently played on Guns N’ Roses/Velvet Revolver guitarist Slash‘s iheartradio channel, “Slash FM”, citing it as one of his favorite AC/DC songs. “Riff Raff” is covered by Guns N’ Roses on their current Chinese Democracy World Tour. This song was also covered by the Canadian heavy metal band Annihilator on their 1996 album Refresh the Demon. The main riff for “Riff Raff” is often used as a soundcheck for Melvins guitar player Buzz Osbourne before live Melvins performances, as heard on the DVD Salad of a Thousand Delights.
“Sin City” was covered by the ’80s heavy metal band Twisted Sister, on their album Twisted Forever. The song has also been covered by the punk rock band The Offspring, Great White, Ugly Kid Joe and Bruce Dickinson. “Sin City” is Aerosmith guitarist Joe Perry‘s favorite AC/DC song.
“Kicked in the Teeth” was covered by Nashville Pussy on their album Eat More Pussy and also available on the bonus CD of Let Them Eat Pussy.
Highway to Hell:
Released 8/3/1979
Certified 7x Platinum by the RIAA. In 2003, the album was ranked number 200 on Rolling Stone magazine’s list of the 500 greatest albums of all time. 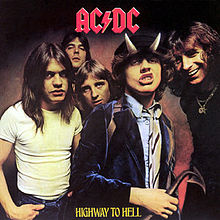 First to break the US Top 100, eventually reaching #17
The final words spoken by Scott on the album are “Shazbot, na-nu na-nu”, phrases used on the then-popular American sitcom, Mork and Mindy, by lead character Mork (a visiting extraterrestrial played by Robin Williams). The phrase ended the song “Night Prowler” and closed the album.
Pre-production of the album began in January 1979 with demos cut at Albert Studios in Sydney, Australia, where they met the intended producer, Eddie Kramer. Kramer was fired before a single track had been completed, and Robert John “Mutt” Lange was brought in to replace him.
Recorded during sessions in February 1979 at Criteria Studios inMiami, Florida, and March–April at Roundhouse Studios in London, England.
Bon Scott died February 19, 1980.  After passing out in a car after a night of drinking in a London club, he was found dead the next afternoon in the car by a friend. Initially his death was as pulmonary aspiration from choking on his own vomit but later confirmed as due to acute alcohol poisoning, classified as “Death by misadventure.”
Buy Music!
AC/DC
Contact Us!
Rate, Review, and Subscribe in iTunes
Join the Fan Page
Follow on Twitter
E-mail Us
Comment Below
Call us on the Hotline! (540) DBGeek – 1 or (540) 342-3351