Few things are more synonymous with Rock and Roll than drinking. Like peanut butter needs jelly or carrots need peas, Rock and Roll tends to go down easier with alcohol. Of course, no one probably ever woke up hungover in a stranger’s bed after eating vegetables. But, we digress. 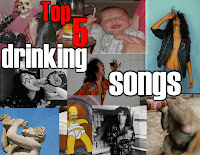 This week, Aaron and Chris pick their Top 5 Drinking Songs. With the huge plethora of choices out there, this was a pretty tough list to put together and there are tons of other choices that could have been made but who’s to say this subject won’t be revisited in the future?
Things start off on a humorous note with a track from Buckcherry’s Black Butterfly album that describes the frustration that many of us of the male persuasion have endured due to excessive imbibing of substances crossed with an opportunity for companionship.

Next up is a track from Guns N Roses’ legendary debut album that speaks from a directive point of view and also predicts a hazy night ahead. That track segues into a tune from Thin Lizzy’s 1979 Black Rose album that was clearly coming from the songwriter’s realization that you can lean a little too heavily on the good times and wind up drowning your sorrows with the same solution. A cautionary tale for sure.
Before we head to the break, we hear from a drinking all-star with a track from Zakk Wylde and Black Label Society that is matter of fact in kicking your ass.
We return from the break with one of the all-time classic drinking songs and certainly a no-brainer for the Decibel Geek Podcast. This is the song that fully inducted Chris into the KISS Army and sounds just as fresh today as it did on 1975’s Alive! album.

One band that knows a lot about having a good time is Ugly Kid Joe as their song history bears out. This week we decided to include a track that will remind many listeners of high school parties while the parents were away.
Alice Cooper was at the height of his drinking dependence in 1977, releasing the Lace and Whiskey album and assuming the fictional role of a hard-drinking PI; not exactly a stretch for him at the time. The album was a success but his drinking had become too much to bear and was his last material released before entering a sanitarium for treatment. He wouldn’t, however, be done with his battle with the bottle for several more years. Our inclusion of the title track from this album is a must for its quirky, yet dark, tone at the time. 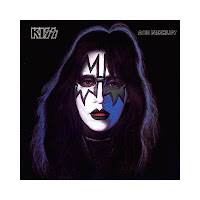 We return from the break with the second contribution from alcohol-consumption expert Ace Frehley with a track from his 1978 KISS solo album that will leave you as blind as a skunk before spinning a ZZ Top track that is so intoxicating it’s been covered by a slew of other great artists. We had to go with the original 1973 track though for authenticity.
Closing things out is a track by WASP that celebrates getting hammered in the state where everything is bigger. We think you’ll like it. And if you do……
Buy Music!
Buckcherry
Guns N Roses
Thin Lizzy
Black Label Society
KISS
Ugly Kid Joe
Alice Cooper
ZZ Top
WASP
Connect to Us 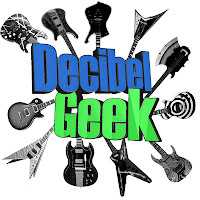