That’s right everyone it’s time for another “Radio Sucks” episode of the Decibel Geek Podcast because as you know, radio sucks. So once again Chris and AAron put on the DJ hats and spin some great music that you probably will not hear on your radio dial. So just sit back, relax, open your ears real wide and say “give it to me straight Decibel Geek Podcast. I can take it!” 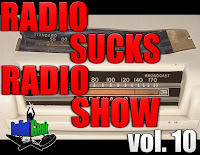 Chris’ pick of Heaven’s Basement performing “I Am Electric” is a testament to how important you, the listener, are to this show as a suggestion from listener Devin Fox impressed us so much that it took the place of one of our previously picked songs. This is a great, energetic track from their debut album Filthy Empire that starts the show off right. Dig it! 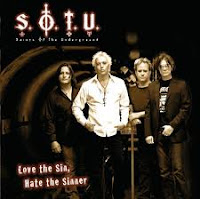 Up next is “Tomorrow Never Comes” from Saints of the Underground, the heavy metal super-group featuring members of Ratt, Warrant, Alice Cooper. From the 2008 release “Love the Sin, Hate the Sinner” this would be Jani Lane’s last full length album release, he passed away on August 11th, 2011. 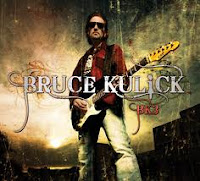 Bruce Kulick released his BK3 album in 2010 and he utilized some “friends” as guest vocalists throughout the album. “Ain’t Gonna Die” is one of those tracks that featured the vocal stylings of Gene Simmons. A great little rocker that you won’t hear on your local radio station.

Nu Metal band turned straight ahead rockers, Papa Roach are “Still Swinging” from their 2012 The Connection album. This may seem like an unorthodox pick for the Decibel Geek podcast but we think you’ll agree that this group has definitely matured their sound since their earlier days.

In 1993 Kerrang Magazine voted Earth vs. The Wildhearts, the debut album from The Wildhearts as the number #1 album of the year. A band with quite an interesting and unpredictable history, Chris and AAron spin “TV Tan” from their debut album. 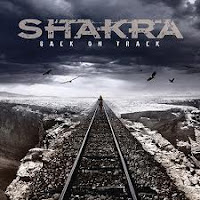 Also in 1993 producer Tom Werman (Motley Crue, Cheap Trick, Poison, Nugent, LA Guns, etc.) was at the helm for Pariah’s To Mock a Killingbird” album. An amazing album featuring the tune “Love To Turn You On” but the band was dropped by Geffen records.

Swiss band Shakra formed in the late 90’s and have released 11 albums including 2013’s Powerplay album. Turned on to the Decibel Geek Podcast from the Talking Metal podcast, “Back On Track” is the title track from their 2011 album on AFM Records

Up next is 100 Watt Opera – “Servant” from their self titled 2005 album. This is a band that AAron recently discovered right in his backyard of Nashville. Veterans of the Nashville club circuit, 100 Watt Opera are an impressive group of Music City rockers that deserve your attention. 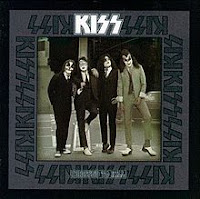 Closing out the show this week, you wanted the best, you got the best! The hottest band in the world…..KISS! If your hungry and you need a meal you can always call for a little “Room Service” from their 1975 Dressed to Kill album.