As most regular listeners know, we like to mix it up as far as themes/format on the Decibel Geek Podcast. Over the 2+ years of our existence one of our most popular formats seems to be our Bizarro Covers series where hard rock/metal bands perform songs that, shall we say, are not typical for what they would perform. 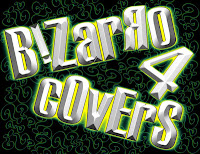 We’ve had three very popular installments of this theme with many requests from listeners for a volume 4. With the glut of cover songs out there; many of which are not good, we sifted through and think we’ve pulled out some real gems that you’ll enjoy. If not, it’s some good comedy either way.

We start things off with the Revolting Cocks taking on a 1979 Rod Stewart classic and pondering  if you think they are sexy. Strange question coming from a band that’s “revolting.” You can pick this one up on their 1993 album Linger Ficken’ Good. 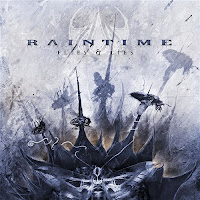 While Michael Jackson had quite a history of r&b hits, the closest he ever flirted with hard rock would probably have to be 1982’s ‘Beat It” from the iconic Thriller album. Featuring a some strong riffage from Steve Lukather and a scorching solo from Eddie Van Halen, the song was massive all over the world. We hear a much harder (yet still true to the original) spin on this track as Raintime, an Italian progressive/power metal band, blast out their version from 2007’s Flies & Lies album.

Nine Inch Nails converted a lot of people to a different type of rock (good or bad) in the early 1990’s. A big part of that was the Pretty Hate Machine album. We hear a feminine vocal approach to ‘Head Like a Hole’ from Lullacry’s Crucify My Heart album from 2003.

Closing out segment one of the show is a song by Danish metal genre-mixers Volbeat. This band has really started to break through into the mainstream consciousness with their new album Outlaw Gentleman & Shady Ladies. We take a look back, however, at their extremely creative cover of a Johnny Cash song that will grab you by the tongue. 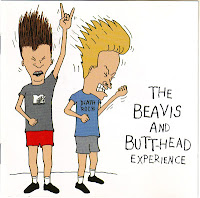 One band that knows a lot about combining different elements of music under the metal umbrella is Anthrax. Their knack for taking hip hop foundations and building hard driving riffs on top has turned on fans of numerous genres to something they normally wouldn’t tap into. We take a listen to their awesome update to a Beastie Boys track from the Beavis & Butthead Experience soundtrack.

In the 2 years that we’ve been doing this show we never envisioned playing a montage song from a Rocky soundtrack. Actually, we did it a couple weeks ago but that was an obvious choice due to the vision theme of the episode. With that said, a show listener brought to our attention a fantastic cover performed by Bullet for My Valentine of a song from the Rocky IV soundtrack. We must break you.

Up next is possibly the strangest song that we’ve ever played on the show (until later). The Black Ingvars are a band that has been in contention for airplay on a Bizarro Covers special but haven’t quite made the list….until today. If any song fits the Bizarro category, this Swedish dance-metal band covering the Backstreet Boys certainly qualifies. Please take it in a lighthearted form and don’t unsubscribe! 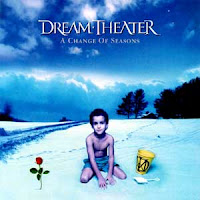 Before we get to our next pick, we hear from listener Amy via our voicemail hotline (540) – DBGeek-1 if you’d like to call. Amy takes us to task for not including Dream Theater in our Epic Episode or our Big in Japan episode and asks if we have a personal beef with the band. We try to clear up any confusion as we spin a great Dream Theater cover of a Deep Purple song that will make us all closer.

Two stories going on in the world of rock include Doors keyboardist Ray Manzarek passing away as well as the most recent breakup of Stone Temple Pilots. We decided to have both stories cross paths with a great Doors cover performed by STP in happier times. 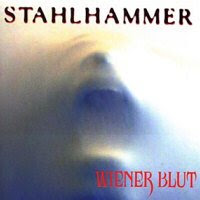 Closing out today’s show has to be the only song more Bizarro than the Black Ingvars offering. Stahlhammer is an Austrian metal band that’s been around since 1992. Ironically, we spin a cover by the band of a song that was big right around that time in a much different world. Ever wondered what an Austrian metal band covering MC Hammer might sound like? Well, your wait is over. And we’re outta time. See ya next week!