With KISSMAS in July just around the corner, we’ll be knee-deep in the Hottest Band in the Land when Independence Day rolls around but we still wanted to celebrate America’s birthday. We decided to do our Patriotic duty and spin some rock songs about America this week. 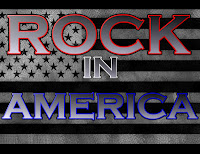 Before we get down to business, we name Jay Hardman Geek of the Week for his hilarious response to a “Pick Your Poison” question on the Decibel Geek facebook fan page that pertains to some of Metallica’s more “experimental” projects.

Chris attended the Geoff Tate-led version of Queensryche’s performance at War Memorial Auditorium in Nashville. In this review, you’ll hear his thoughts on the band’s performance, concert attendence (or lack thereof), and his memories of the meet & greet after the concert. 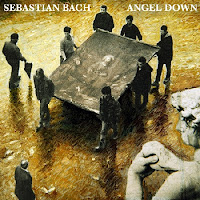 We kick off our ear-bleeding tribute to America with some love for the USA from a Canadian as Sebastian Bach performs ‘American Metalhead’ from 2007’s Angel Down album.

The Offspring are well-known for their tongue-in-cheek, silly tracks from the 90’s. However, there’s more to this band if you dig a little deeper. We take a listen to the title track from 1998’s Americana album.

Only in America would someone name themselves Jizzy Pearl. Love/Hate remains a criminally underrated gem of a band from Hollywood. We feel it our patriotic duty to give Jizzy and company their just due and spin the title track from 1992’s ‘Wasted in America’ album. 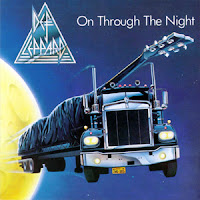 Next up is a track about America that got this British hard rock band in quite a pickle during a festival show in England. British metalheads took it upon themselves to shower Def Leppard with bottles of urine during their performance at the Reading Festival in England. We take a listen to ‘Hello America’ from the On Through the Night album.

Before we get back tot he music, Chris reads some hilarious Letters to the Editor from a 1989 Hit Parader magazine.

Up next is another rock artist that doesn’t get near enough attention from the music buying public. Lizzy Borden has been doing his shock rock show for 30 years. We take a listen to ‘American Metal’ from 1985’s Love You to Pieces album. 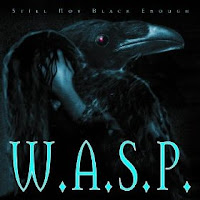 We go from Def Leppard telling America ‘Hello’ to Blackie Lawless and WASP bidding the Land of the Free adieu with ‘Goodbye America’ from 1995’s Still Not Black Enough album.

It wouldn’t be a patriotic Decibel Geek show without a little KISS. To get you primed for next month’s KISSMAS festivities, we spin ‘All American Man’ from the studio side of Alive II.

In 90 episodes (so far), we’ve never played anything by The Runaways. That changes this week as we take a listen to ‘American Nights’ from their 1976 self-titled debut album. 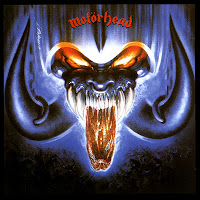 A true transplanted American is Lemmy of Motorhead. Always a fixture of L.A.’s Rainbow, Lemmy has written a number of songs about America. We spin ‘Stone Deaf in the U.S.A’ from 1987’s Rock n Roll album.

Closing out the show is the lyrical genius of one, Alice Cooper. 1982’s DaDa album has gone down in history as a piece of work that is not in Mr. Cooper’s memory banks due to the high volume of alcohol consumption going on at the time. Aside from that, he had a spark of brilliance when he penned a patriotic song that extols on the joys of wonder bread, the A-team and waitresses that love to flirt. A perfect way to cap off our tribute to America.