Share on facebook
Facebook
Share on twitter
Twitter
Share on linkedin
LinkedIn
Share on whatsapp
WhatsApp
Share on telegram
Telegram
Share on email
Email
Share on print
Print
We’re back this week to kick off two weeks of nostalgia to a simpler time when the hair was high and the Stroh’s flowed freely. 1985 was smack dab in the middle of a rock revolution as the New Wave of British Heavy Metal was being usurped by its American proteges. At the same time, new wave was being kicked to the curb by a bunch of guys wearing women’s makeup as the “hair” era was beginning to hit its stride thanks to a change in direction by some Motley guys that were taking over Los Angeles. 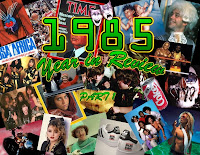 We kick things off with an import from Japan. Loudness was well into their career in their homeland but were brand-new to the Unite States. We take a listen to a track from the Thunder in the East album.
After the ultra-acrimonious breakup of The Eagles, the members of the band worked on solo careers with varying success. Joe Walsh was in the midst of a haze of substance abuse but still managed to release an album in 1985. We hear a clip from The Confessor 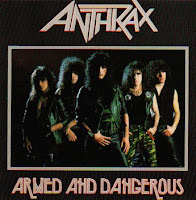 Anthrax unveiled a new singer in 1985 with Joey Belladonna replacing original vocalist Neil Turbin. The Armed & Dangerous EP was Joey’s introduction to the band and we hear his take on a Turbin-era track.
An unlikely group that was launched in 1985 was The Power Station. A true 80’s supergroup featuring Robert Palmer, the Taylor brothers (Duran Duran), and Tony Thompson (Chic), the band received favorable airplay but was destined to be a part-time project due to the schedules of those involved. We head into break 1 with a clip of their take on a T-Rex classic.
Returning from the break, we head to Alcatrazz. Not the prison, the band. The Graham Bonnet-fronted group was without a guitarist by 1985 as Yngwie Malmsteen had moved on to other pastures. Plucking the next hot thing, Steve Vai joined the band and brought a new direction to the group. We take a listen to a song from the Disturbing the Peace album. 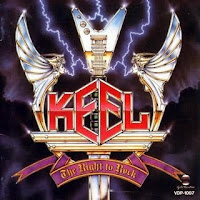 A band that is always a favorite of us Decibel Geeks is KEEL. Their 1985 album The Right to Rock is still an underrated gem that deserved much more attention than it received.
Well-known in Canada as more of a novelty act, Thor released their 5th album in 1985 with Only the Strong but this title-track shows that there was more than meets the eye with this band.
One of the early thrash bands that tends to get overlooked is Over Kill. But not on our show. We take a listen to part of their 1985 output from the Feel the Fire album. 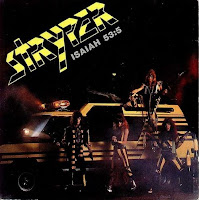 While heavy metal in the 1980’s was usually summed up as “evil” or “dark” in many cases, you couldn’t apply that tag to Stryper. Known for their Christian message, Stryper proved that you could have an uplifting message and still rock as this track from the Soldiers Under Command album proves.
We return from our 2nd break with a word about a crowdfunding project that is near and dear to our hearts. Hair I Go Again is a documentary that shows a band that split up in 1985 trying to rally back together in hopes of opening for their 80’s hard rock heroes. The film has numerous interviews with many DBG-friendly artists and is an interesting take on a DIY project. We’d love to see this move get released and hope you will consider making a donation. There’s rewards for each level of donation so what have you got to lose? Check out the trailer below and go HERE to make a donation.
June of 1985 was a huge month for hard rock and heavy metal.
The ever-underrated Lizzy Borden released their debut album, Love You to Pieces, on 6/1/1985. The shock rocker is celebrating 30 years in the business and this track from that album shows why. 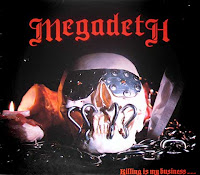 Megadeth was still on their way up the ladder in 1985. They garnered additional attention with the release of Killing is My Business….and Business is Good on 6/12/85. It only takes one listen to the track we hear today to see where a good chunk of Metallica’s early sound comes from.
Motley Crue hit a new level of stardom in June of 1985 with the release of Theatre of Pain. Shooting up to #6 on the Billboard charts, the album went on to go quadruple platinum. We take a listen to a track from the album that features some high-intensity drumming from Tommy Lee. 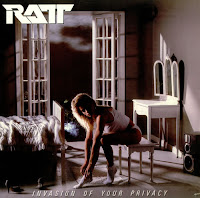 We wrap up our look at the first half of 1985 with a classic guitar-driven track from Ratt’s June 13th release of Invasion of Your Privacy.
We’ve got lots more from 1985 coming for ya next week.
Rock on!