FRAZE GANG2 – In Your Face Rock! 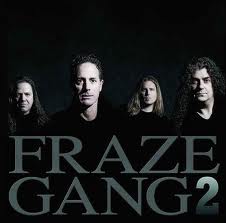 When I came aboard the Decibel Geek staff, the very first article I wrote was a Hoser Heavy Metal piece on Brighton Rock. I choose them to be my first article because they were a band that I wish everyone could hear. If my article turned on just one Decibel Geek listener to seek out this band and give them a listen than my article was a success. Brighton Rock were the real deal and they kicked my ass dozens of times whenever I saw them live back in the 80’s.

They call themselves “FRAZE GANG”, have just released their second album simply titled “Fraze Gang 2”. A couple nights ago I cracked open an ice cold beer and gave this new CD a complete, uninterrupted whirl.

Opening with “Saint or Sinner” I found myself smiling ear to ear. The machine gun guitar riffs on this track took me right back to Judas Priest’s Screaming For Vengeance. A balls out rocker, this track hits hard and asks questions later.

For the next forty five minutes I was treated to ten tracks of honest, melodic hard rock. This band can play no doubt and Greg’s voice is raw and gritty, fitting perfect with these songs. Real musicians playing real rock songs, it’s refreshing to say the least.

“In Your Face” has the production of Beau Hill all over it with guitar tones that Warren Di Martini would proud of. Another solid song. In fact the great songs just kept coming. “Juggernaut” grooves like Danko Jones meets AC/DC, and the blues-metal cover of Robert Johnson’s “I Just Wanna Make Love to You” was as cool a cover song as there ever was. True to the original, but way heavier. Reminiscent of when Brighton Rock covered Clapton’s “Cocaine” years ago. 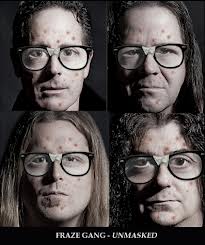 A fun cover of Sugarloaf’s “Don’t Call Us, We’ll Call You” seems to poke fun at the ridiculousness of the whole music industry. The album’s biggest surprise for me came during the track “This is It”. One of the slower songs, this one got its hooks into me quickly becoming one of my favourite tracks on the album. I took the disc out of my stereo and immediately added it into my Ipod.

If you are a fan of no nonsense, in your face (pun intended) rock, then the Fraze Gang2 album is a tasty ride from start to finish. Quite honestly it has immediately become one of my “Top” albums of 2012 thus far, in the company of Van Halen and Kill Devil Hill.

Saint or Sinner
In Your Face
Juggernaut
Never Want to Say Goodbye
White Lightning
Tough Enough
I Just Want to Make Love to You
Don’t Call Us, We’ll Call You
This is It
Rampage

To check out FRAZE GANG, run dont walk over to https://www.frazegang.com/