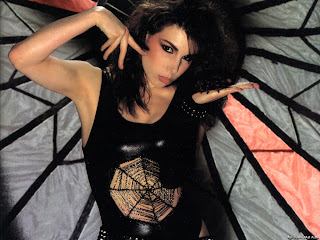 Recently, my pal Wallygator emailed me and asked me what I knew about the Canadian music scene, um, correction “Canadian Hard Rock and Metal” scene.

Now before I answer this, to my neighbors North of the boarder, I’m sorry for what I’m about to say. The only thing I really knew about Canadian music was Rush, that chick Celine Dion, Loverboy and NickelBack (don’t judge me). Oh, and I know that Canadians rule Hockey, and their bacon is the BOMB! Honestly, Canada wasn’t what I thought of when I thought of hard rock or heavy metal music. 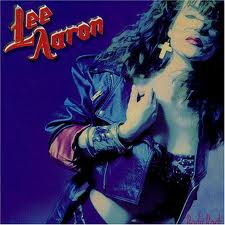 Really, that was what I knew. Needless to say, Wally was a little miffed, yes, miffed sounds good. So my buddy hooked me up with some music. At first I was wondering what it would be like. I thought it would be something good, but this was FABULOUS! America, please meet “LEE AARON”, more specifically her “Bodyrock” album.

She is Canada’s version of Lita Ford. The only difference is she isn’t blonde. But the fire and passion for the music is there. Aaron is a captivating singer. She’s been singing since the age of 5 and started singing professionally at the age of 17.

‘Tough Girls Don’t Cry’ is your typical don’t hold me back and don’t tread on me because I’m a girl anthem. It reminded me of the group Vixen and when I first heard them. They captivated and amazed me, they played, and played well. This was a song I played twice, the second time because, we’ll, I just liked it. Also like the song ‘Rock Candy’. It had a good beat to it, and it was a song I could see making my daily play list. ‘Gotta Thing For You’ was another song I could see on rotation daily. There WASN’T one song I didn’t like. I guess I have been sleeping and I am now awakened. 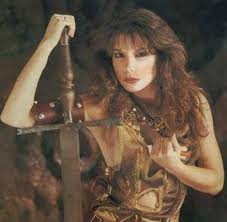 I didn’t know very much about Lee Aaron so I did some homework. She not only sings, but she also plays the saxophone, and sings jazz also. I was amazed that she didn’t get as wide an audience as her male counterparts. She does however, have a large following in Europe,  but that also goes back to the old story ”chicks can’t rock. Still, in this day and age women have to fight to get the proper recognition, and its wrong. I know plenty of female hard rockers that play just as good (if not better) than the males, but with the re-emerging rock scene, and so many acts “reuniting” many of these rockers have had children,and they have passed their craft on to the next generation. Some of which are girls. And with Vixen getting back in gear (they changed their name and I’m not sure what it is, but its something with everyone’s first name). Oh, and lets not forget the “Iron Maidens” (an all female) Iron Maiden tribute band and the new incarnation of Femme Fatale.

Yes, I have to say this Canadian takeover was a success, and started me on a new quest to find out more about my Canadian Brothers and Sisters that ROCK!!