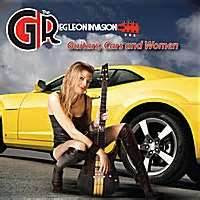 Here is the second CD that I checked out:
The Greg Leon Invasion-Guitars, Cars & Women
While I was not totally sure that I had heard of Greg Leon, the name did nag at the back of my memory and recognition.  The front cover depicted, as one would expect from the title, a yellow Camaro with an attractive young lady in fish net stockings and knee high boots crouched next to it and holding a guitar.  The classic cliché of rock and roll should be a good listen then, let’s see.
The CD opens up sounding a lot like Quiet Riot (and now I understand why) with the track I’m Leaving You, a fast paced rocker. 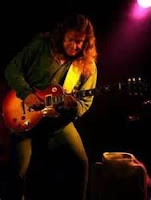 Follow the Sun continues in the same manner and features a crazy drum beat.
According to the liner notes Out on the Streets was one of the first songs that Greg Leon ever wrote and that he had played it in Dokken and Quiet Riot and to me it certainly would not have been out of place in Quiet Riot’s early days.
Born to Die is a scorching track with gritty strong vocals and reminds me of Motley Crue during the chorus.
Every Time has a real Steve Miller or Boston feel to it and after showing the riff, which was actually based on Steve Miller’s Swingtown, to his friend Randy Rhoads, Randy liked it so much that he turned it into Ozzy’s Crazy Train!
It’s no wonder that the name sounded familiar to me as with a little research I uncovered some interesting things about Mr. Greg Leon.  He was a fixture on the Hollywood Sunset strip in the late 70’s.
He fronted a band called Suite 19 which included drummer Gary Holland, who would later go on to be an original member of Dokken, W.A.S.P. (when they were known as Sister), early Great White and also has worked on many notable albums.  When departed he was replaced by future Motley Crue drummer Tommy Lee.  Nikki Sixx also auditioned for .

Greg Leon joined Dokken with Gary Holland as the pre-George Lynch guitarist appearing on the very first Dokken record, Back in the Streets, which is available as a download only.
Greg Leon was friends with Randy Rhoads and the pair used to give guitar lessons in the Rhoads’ basement.  When Randy left Quiet Riot in 1979, after their first two recordings to join Ozzy Osbourne’s band, Kevin DuBrow soldiered forth with Quiet Riot after this, recruiting Greg Leon as Rhoads’ replacement and they performed under the name of DuBrow.  By 1982 the classic Metal Health line-up was formed and Greg Leon moved on.
He then went on to form the aptly named The Greg Leon Invasion band which also included Joey Vera, future Armored Saint, Fate’s Warning and Anthrax bassist.  After Joey Vera went on to Armored Saint, Greg auditioned many bass players including Michael Hannon, future Salty Dog/Dangerous Toys/American Dog member.
A legal battle with Vinnie Vincent saw Greg Leon giving up the Invasion name for seven years even though he had been using it for five years or so before Vinnie wanted it. 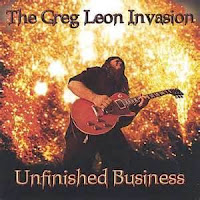 I really quite enjoyed this CD and the story of Greg Leon, who should have been a bigger name than he was.  On the strength of this I have searched out his 2005 release entitled Unfinished Business as well and will investigate his other recordings including 1983’s Greg Leon Invasion, 1984’s Born to Die and 2007’s Wishing Well.  Unfinished Business and Wishing Wellare available from FnA Records along with Guitars, Cars and Women at www.fnarecords.net