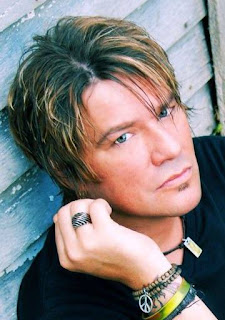 Decibel Geek listeners may already be familiar with the name Gypsy Rose. Kiss geeks will surely remember Gene Simmons launching the original “Simmons Records” through RCA, well Gypsy Rose was one of the first bands to catch Gene’s ear and he quickly got them signed and into the studio to record 1990’s “Prey” album. 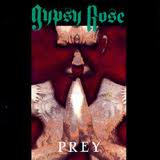 Being a KISS geek and always having my eyes and ears on the metal scene, I was anxiously awaiting the release of this album. If Gene liked them, I was interested as he had already turned me on to KEEL, Black n Blue and House of Lords and this time as a bonus, they were Canadian. Well it turns out Gene Simmons didn’t let me down as the “Prey” album, in my opinion delivered the goods, fitting in easily with my Def Leppard and Bon Jovi albums. Heavy tunes dripping with melody and great hooks, I couldn’t wait to catch them live.

After the album was released, I started seeing the “Poisoned By Love” video getting some major play and I figured it wouldn’t be long before this band would be out on tour supporting a major act out on the road. 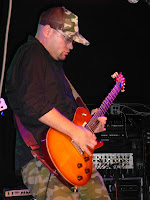 Well as it turned out, none of that was meant to be. The record business was a different animal back then and a shakeup at RCA resulted in Gene and his label being dropped completely leaving Gypsy Rose high and dry. With no record company push and no tour support this great album was dead in the water and it seemed I would never get the chance to see these songs live.

Well, fast forward 23 years and it seems I was wrong. Lead singer Michael Ross has been hard at work rebuilding a new Gypsy Rose and he plans to make the most of a second chance to rock. Since we spoke back in October when FnA records were launching a second album from Gypsy Rose entitled “Poisoned By Love”, Michael has been taking care of business selecting musicians and rehearsing like a band possessed.

August 9th, 2013 this newly assembled “Gypsy Rose” rolled into Toronto’s Rockpile and finally these songs would live again. The band, now comprised of Adam Arsenaut and Steve Skull on guitars, original drummer Steve Thomas, Rob Laidlaw on bass and the aforementioned Michael Ross on lead vocals treated the crowd to almost all of the “Prey” album with a few extras thrown in for good measure.

Michael still has the chops and the band was beyond prepared, even the back up vocals were perfect. If I closed my eyes, I couldn’t be sure if I was listening live or to the recorded versions of these songs. The band seemed to be having fun, “Wild Reaction”, “Shiver Then Shake” sounded amazing. “Crawling” dripped with sleaze it was great to hear these songs again. 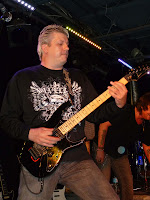 Michael introduced a new song entitled “Time Flies” that went over well and they also played a killer track entitled “Save Me From Me” off the Poisoned By Love CD that was very powerful live. The ballad “Don’t Turn Your Back On Me Now” sent shivers up my spine, I go on record a second or maybe even a third time. This is my favourite power ballad of all time! They ended the night with a couple of rockers, “Poisoned By Love” and the encore “Highway One Way”.

23 years is a long time to wait, but tonight at the Rockpile, Gypsy Rose made it all worthwhile!