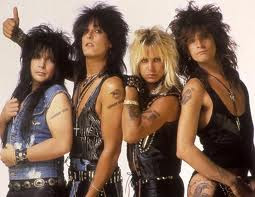 The eighties were a blur of non-stop heavy metal rock n roll tours, winding their away around the world. Living near Toronto, I was lucky to be able to attend quite a few of these great shows.

At seventeen years old, I would grab my denim vest, (that my buddy Dave had painstakingly painted Gene Simmons’s solo album cover on the back) grab the bus to Toronto and spend an evening of pure heavy metal bliss. Nothing got my adrenaline flowing much like a good concert, in fact twenty five years later I still get excited on concert day! In the words of Dee Snider, “I’ll never grow up NOW!” 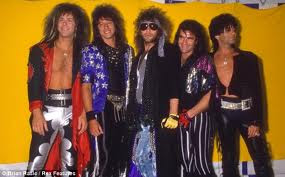 Three shows really come to mind when I recollect the year 1987, I remember seeing Bon Jovi for the first time that year back when Jon was considered heavy metal and actually had long hair! They put on a really good high energy show with Cinderella along as an exceptional support act. 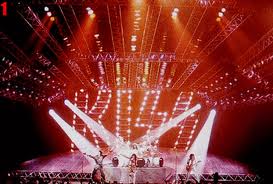 Kiss went out that year in support of Crazy Nights. Toronto had Ted Nugent along to open up the festivities and as always Kiss delivered a great show, made even more memorable because I caught a Gene Simmons guitar pick. Well I suppose “caught” is a little inaccurate. Gene tossed out one of many picks as is customary and this one landed on the ground in front of me. I spotted it jumped down to retrieve it at about a fraction of a second faster than someone else in my row did. The second I jumped down and scooped up the pick I was flattened by the guy who wasn’t expecting to land on top of me. Painful yes, but hey I still have a pick that Gene played that night m/!

That said probably the most memorable concert for me that year was Motley Crue out on the Girls Girls Girls Tour. As big a Kiss geek as I am Crue were MY band, they were my first concert back in 84 and I will always have a soft spot for the Crue. I have always said that if Kiss and Crue were to play the same night I would have to choose Motley strictly for sentimental reasons.

Funny thing is, it finally happened. Kiss and Crue are coming to town on the same night and sorry Gene I don’t “got to choose”! 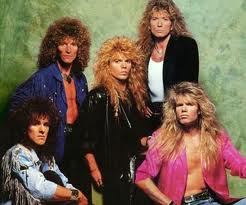 Back to the Girls Girls Girls tour. Maple Leaf Gardens was the shrine and if the Crue weren’t enough, they brought along Whitesnake. David Coverdale and the boys were exploding at the time with their self titled album and were moments away from breaking off to headline their own tour. Still of the Night, Crying in the Rain, Here I Go Again, all that was missing was Tawny Kittaen and a Jaguar and the set would have been perfect.

Girls, Girls, Girls may very well be Motley’s weakest album. That said, the tour was an exercise in excess and a complete blast. From the opening chords of “All in the Name of Rock” the Crue hit the stage running and they meant business.

With an incredible light show, enough pyro to level a small country the Crue took us on a wild ride. Nikki Sixx apparently at the height of his heroin addiction didn’t seem to show it on this night anyway. He stalked the stage like a man possessed, even after Vince poured some Jack Daniels down the bassman’s gullet. 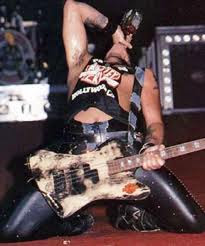 The band sounded solid and then it was time for Tommy to shine. The drum riser rolled out towards the front of the stage and Tommy made is announcement. “I had a dream Toronto!”…with this statement the drum riser opened and the hydraulics lifted Tommy and his drum cage up and out towards the audience. The crowd went bananas as a strapped in Tommy Lee spent his drum solo being rotated a full 360 degrees as the madman played his drums completely upside down! Most drum solos are the time to go grab a beer, a pee or a t-shirt, not so with the CRUE! 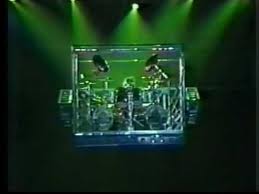 The Crue’s encore that night was a nice medley of “classic” rock songs as they paid homage to their own rock heroes. Helter Skelter, Highway to Hell, Walk this Way and Zep’s Rock n Roll were mashed up before closing the night with Girls Girls Girls. The lighting truss pulsing CRUE!…CRUE!….CRUE!