Impermanent Resonance is the third solo release by Dream Theater’s vocalist James LaBrie. The band consists of LaBrie on vocals, Matt Guillory on keyboards, Marco Sfogli on guitar, Ray Riendeau (Halford, Machines of Loving Grace) on bass, and Peter Wildoer ( Darkane, Majestic, Arch Enemy) playing drums and screams. This is the second straight release for them as a band with Static Impulse being the first in 2010. 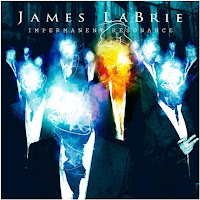 Matt Guillory, the main composer, said in an interview that he “writes from the vocal melody” and you can really tell. LaBrie has a beautiful voice and it is properly showcased on this album. Dream Theater fans- you are going to like this album, but if you are expecting to hear something that sounds like Dream Theater here, you will be disappointed. This music is heavy with an almost modern feel to it, and if you noticed, I mentioned that the drummer Peter Wildoer does the screams on the album. However, I usually not a fan of the screaming and growling vocals, but on this album they are done tastefully and offer shade to the light of LaBrie’s vocal melodies. 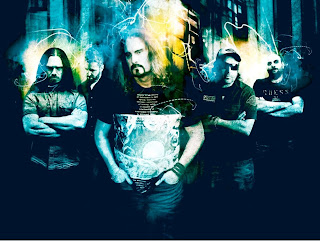 As for the songs, the album starts off with Agony, which is the first single and video.and it is an uptempo album opener. Next up is Undertow, which is decent, but then comes Slight of Hand, Back on the Ground, and I Got You which I think are the best on the album, with I Got You being my personal favorite. They upbeat songs with good riffs and great chorus’. The album is slightly bogged down with Holding On, Lost in the Fire, Letting Go, and Destined to Burn. All of these are songs that have plodding tempos, but are somewhat similar and slow down the pace of the album. Then comes Amnesia, which picks the pace up and is a good rocker. Next is Say You’re Still Mine, which could be considered the ballad of the album, but only at the start, it rocks after that. To end the album, is the hardest rocking song yet. The thrashy I Will Not Break wraps things up in a fine fashion. In the version I received, there are two bonus tracks, Unraveling and Why, which are great rocking tunes that would have, in my opinion, served the middle of that album a bit better than some of the tracks that are there. I recommend the bonus track version to any listeners

Overall, this album is a great departure from what James LaBrie has done in Dream Theater, and after all, isn’t that what side projects are for? Be on the lookout for the band to possibly play some live shows after Dream Theater wraps up its new tour in support of their new album some time next year.