1988 was a notable year for a lot of things.  The first transatlantic fibre optic cable was laid, Bruce Willis was sexing up the vest in Die Hard, Barbie was a virgin, and Michael Jackson was a whiter shade of pale.  It was also the year that one James Patrick Page released his one and only solo album, Outrider. Quite a bizarre statistic, considering this is a man who has probably influenced 95 per cent of the worlds guitar player population.

It is now approaching the seventh anniversary of Led Zeppelin‘s triumphant reunion show in London.  An extremely fortunate 20,000 people packed the O2 arena that night to witness, without doubt,the greatest reunion show of them all.  But what followed was a tidal wave of speculation as to whether the remaining surviving members, along with drummer Jason Bonham, who replaced his late father John Bonham on the night, would perform live again. With Page, John Paul Jones and Bonham, having been open to a world tour, a reluctant Robert Plant was never keen.

With the release of Plant‘s new album, Lullaby and….. the Ceaseless Roar, and Jones tinkering with an opera, the likelihood of a reunion are now marginally slim at best.  So what of the present activities of Mr Page. Having spent a sizable chunk of his post Zep career remastering the bands classic albums, the west London guitar god is once again now ready to unleash his genius upon us.  Now in his 70th year, the news will be greatly received by his worshippers the world over.  Having stockpiled a wealth of material over the years, Page has been cagey with his answers as to what direction his new music will take.  Our breaths are growing increasingly bated.

Despite the lack of Jimmy Page headed product, he never drifted down the reclusive route.  1985 saw him team up with  Free and Bad Company front man Paul Rodgers to form The Firm.  Two well received albums were released, The Firm (1985) and Radioactive (1986).  After disbanding, Page went alone, and released his first solo album Outrider.  Teaming up with old friend Robert Plant, vocalists John Miles and Chris Farlowe and sticks man John Bonham, it featured the brilliant single Wasting My Time (sung by Miles).  The album performed well, peaking at #26 in the US Billboard Albums Chart.

Then in 1993, Page surprised the rock world by releasing an album with Robert Plant‘s feuding partner, David Coverdale.  No love is lost between the pair, with Plant comically referring to him as David Cover-version, and Coverdale saying “I wouldn’t send him cat food if he was starving”.

Nevertheless, when the acrimonious dust settled in 1994, Page and Plant reunited for MTV Unplugged, and subsequently released No Quarter:Jimmy Page and Robert Plant Unledded. Containing Zeppelin gems like Nobody’s Fault But Mine, The Battle of Evermore and Kashmir,  it achieved platinum success in the US.  A highly successful tour followed, thus giving the guys a renewed vigour, which resulted in the recording of Walking into Clarksdale.  An album consisting of entirely new material, including Please Read The Letter, which Plant later re-recorded with Alison Krauss on the their collaborative album Raising Sand in 2007. 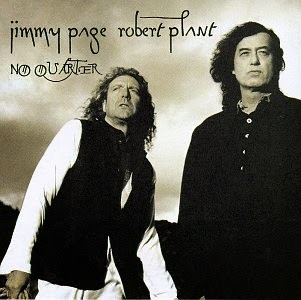 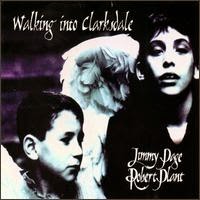 1999 saw Page team up with southern rockers The Black Crowes, for the double live album, Live at the Greek:Excess All Areas.  Recorded over two nights, it was basically Page and a cover band, as the majority of the tracks were Led Zeppelin classics.  But vocalist Chris Robinson, and the rest of the Crowes, performed majestically.  So much so, a co-headline, North American tour with The Who followed.  Despite Page and Zeppelin&nbsp
;receiving a glut of accolades, things were relatively quiet on the Page front.  Until that monumental night in London in 2007.
Now with Page having finalised the remastering of iconic albums Led Zeppelin IV and Houses Of The Holy, he’s now ready to go it alone again.  The music world needs legends like Jimmy Page active, I personally think he and his bands work should be on every school curriculum the world over.  Zeppelin‘s music still continues to permanently embed an imprint on peoples lives worldwide.  I’m proud that not only me, but my two young children are awaiting Jimmy Page‘s next move.