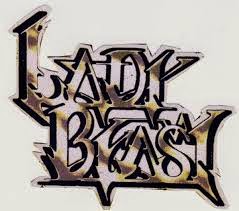 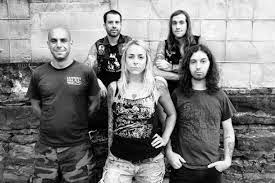 and many more? Many of the bands that fall into this sub-genre or category are securely placed among my all time favorites, and pretty much any band playing that style is something that I enjoy. Well, I’m pleased to announce that classic formula NWOBHM in all it’s headbanging glory is alive and well in Pittsburg! Wait….Pittsburg? That’s not in the UK! But yes, that’s right, there is a group of young folks (in their twenties at my best guess) from Pittsburg, USA that are serving up huge heaping steaming bowlfuls of blistering metal. The name of this savior of NWOBHM comes in the form of Lady Beast. In fact, if one did not know one might venture to say that they originated during the NWOBHM period. 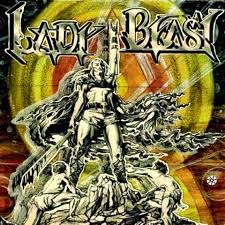 The beginnings of Lady Beast can be traced back to 2008/9, but it wasn’t until 2011/12 that the lineup was solidified with frontwoman Deborah Levine, drummer Adam Ramage, bassist Greg Colaizzi and the twin axe assault of Tommy Kinnett and Chris “Twiz” Tritschler. Somehow the band’s (originally) self-released and titled debut album found its way into my extensive musical library and has been spun quite regularly in the past couple of years. The old school throwback to the NWOBHM that oozes throughout Lady Beast nods to some of the greats mentioned above, blending together the best elements of the era. Finding out (through some internet research) that the album actually contains compositions written by four different guitarists was quite surprising and while the album is certainly not perfect, it succeeds on every level! 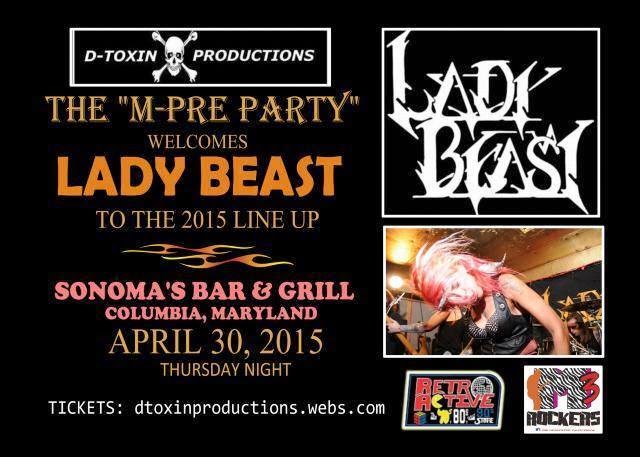 So, when Lady Beast was the fifth and final band to be announced as appearing at the M-Pre-Party (prelude and party starter to the M3 Festival in Baltimore) on April 30, 2015 I was instantly pumped. 2014 had been my first M3 Festival (including M-Pre Party), instantly creating a new addiction and I was ready to experience it all over again in 2015, but this was just like the sugary frosted icing on the cake. I re-visited said debut record and still continue to do so as a portion of my gym workout playlist. This Lady Beast live set promises to be one of the clear highlights of the three-day rock fest for me. 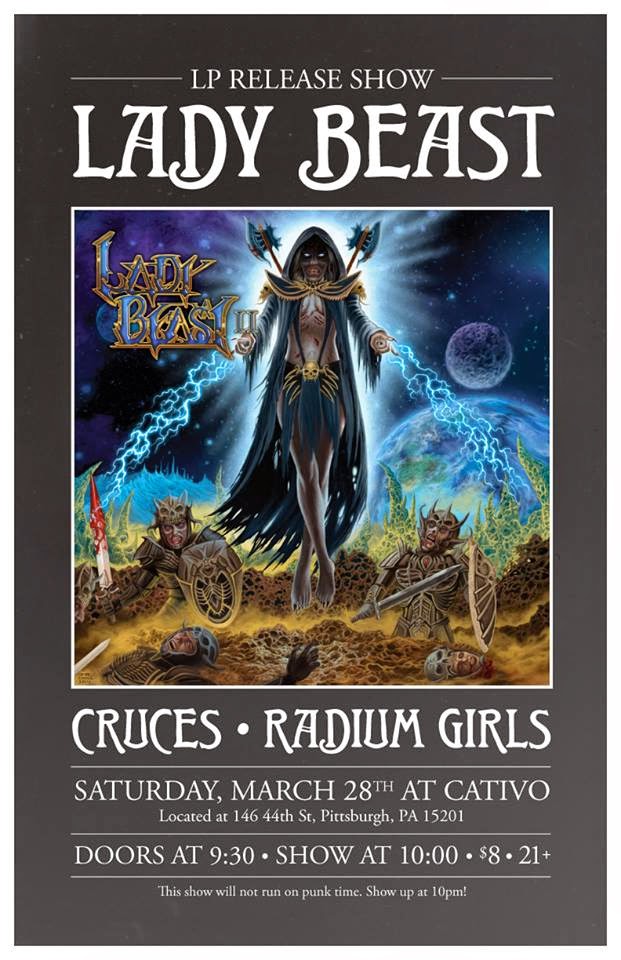 Does it get any better than that?…Well, actually yes it does! Lady Beast are unleashing their sophomore effort on March 27 with a live show release party at Cativo in Pittsburgh on March 28, 2015. I wonder if I can slip away from work? (searches flights in another internet window as he types this)

In contacting the band frontwoman, Deborah Levine, she was more than kind enough to forward me the album’s MP3 tracks for the purpose of this review and all I can say is “Holy crap!”. This album, while not overly inventively titled (Lady Beast II), absolutely kicks ass! Holding true to the NWOBHM style and could have easily fit in with the bigger guns of the era. Lady Beast II is even stronger, more cohesive and polished than the debut and it’s easy to see how the solidified lineup and maturity in the band along with all members contributing cohesively to the process have worked wonders.

The album opens with “Heavy Metal Destiny” for which the band issued an advance YouTube video via their Facebook page in January, 2015 (included below). The track starts out ominously before a nice little riff begins surging it forward as it gives off an Iron Maiden style of epicness. An awesome opener to Lady Beast II! “We Are The Witches” is the next selection exhibiting a catchy chorus to it. With Levine‘s vocal style, which is not as high-pitched or shrill as some, she’s more Doro-ish in her delivery and that’s a lot of what comes through to me on this track. The whole band shines on “Bind The Runes” with its tempo changing chorus, driving riff, meaty basslines and machine-gun drumming. “Caged Fury” lyrically deals with inner anger issues I think, a message to those finding themselves in that situation. Another thumping bassline from Colaizzi (who owns Cobra Cabana Records responsible for issuing Lady Beast II on vinyl) can be heard 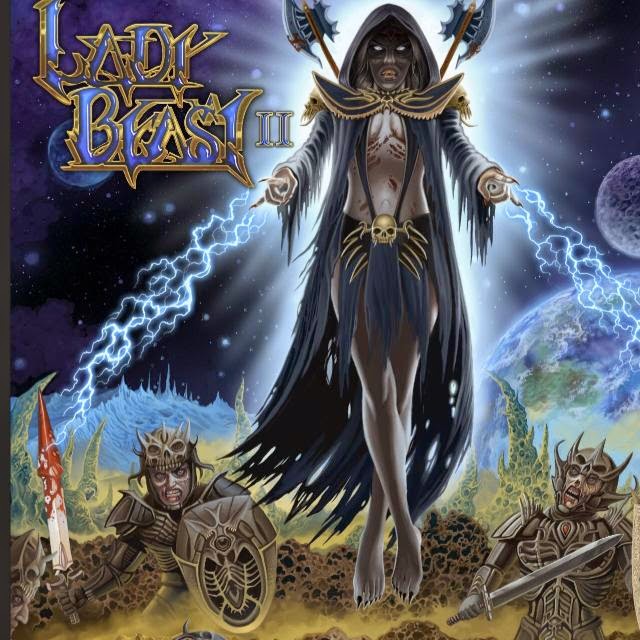 during “Heroes Of Our Time”, another track waving the Maiden flag. In a little internet searching it appears that “The Frost Giant’s Daughter” was actually released on YouTube in 2013 (link below) and is not a cover of The Sword‘s 2008 track of the same name. This one blazes along and is over far too quickly for me at just under three minutes. “Forrest Of The Impaled” seems to tell a macabre tale while “Lose To Win” is a straight out classic rocker. While it’s more than a difficult chore to choose one track over the rest here for winner of the “Top of the Heap” accolade, if you held a gun to my head I’d have to go with the album’s closer of “Banshee”. It’s grinding and abrasive, smashing through from start to finish in a catchy fist-pumping anthem. Sure hope that one makes the live set on April 30! The sadness that you feel when the record is over can easily be alleviated by doing as I do and hitting play all over again. After listening several times a day since receiving the album ten days before writing this review, I still haven’t had enough! The Lady Beast simply roars and for optimum results I recommend playing at an ear-bleedingly loud volume!

All throughout Lady Beast II you can hear the influences or draw comparisons to some of these bands and players, for example at points Levine has a Doro style of delivery and some have even said an impressive resemblance to the late great Ronnie James Dio. There’s also a little Halford mixed in there but at times she feels a little restrained. I would love to hear Deb let loose with a primal blood-curdling scream or two (and she does on “Banshee”), I can literally feel that power in her lungs! In any case, I say that Doro should rest comfortably knowing that there is a protegee out there to carry on her “Metal Queen” reign should she retire.

***Unfortunately, I have just discovered that after the album’s release show guitarist Tommy Kinnett will be calling an end to his tenure with Lady Beast so he will not be performing at the M-Pre Party. Apparently the decision to leave in order to concentrate on his family life was an amicable one with no “bad blood” on either side. It is already announced that Lady Beast‘s original lead guitarist, Stephen Lauck, having recently moved back to Pittsburgh from California will be stepping in.***