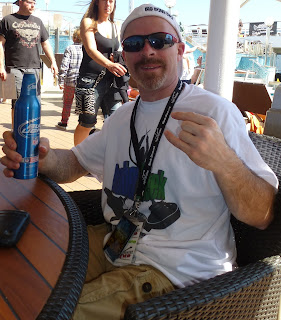 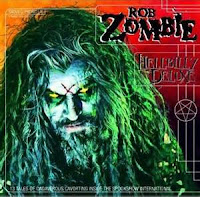 Most people know who Rob Zombie is.  He rose to fame as one of the founding members of White Zombie in the early 90’s with the smash hit song Thunderkiss ’65 from La Sexorcisto: Devil Music Vol. 1 and it was a soundtrack for that summer among many of my friends with Black Sunshine from the same disc being a great driving tune.  The follow up White Zombie album was Astro-Creep: 2000, the song More Human Than Human leading the charge of another great outing.  Mr. Zombie then went on to a solo career, releasing his first album, Hellbilly Deluxe in 1998.  Hellbilly Deluxe became a smash hit on the heels of the songs Dragula and Living Dead Girl and is a solid album cover to cover.  The guys of the world should also pause here to give thanks to Rob Zombie for giving us two out of the top five stripper songs in the world!  Rob continued to release albums after Hellbilly Deluxe, but they went largely unnoticed, at least in my little corner of the world anyway.  I remember being excited upon discovering The Sinister Urge, his 2001 release, in a bargain bin a few years ago now, being completely unaware of it’s release until then.  There’s also Educated Horses, 2006 and Hellbilly Deluxe II, 2010, the latter I just picked up after hearing about it during some quick research for this article.  Educated Horses, I’ve never seen for sale or even heard of prior.  How did Rob Zombie get lost in the music shuffle?  Perhaps it was the focus on his film career.  House of 1,000 Corpses, 2003 and it’s 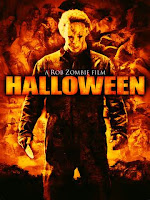 sequel, The Devil’s Rejects, 2005 are two of the best horror movies I’ve ever seen.  He then attacked a classic horror franchise when he made a re-make of John Carpenter’s 1978 Halloween and did an awesome job, right up there with his first two movies holding to some of the best horror movies I’ve ever seen.  All copies of the sequel, Halloween II, 2009 should be burned and thoroughly destroyed as it was absolutely awful, sorry Rob, just speaking the truth.  He has also released an animated film based on a comic book series that he also created, The Haunted World of El Superbeasto and a new film The Lords of Salem early last month.  For his next film project he’s taking a large departure from his usual genre and is helming the project Broad Street Bullies about the Philadelphia Flyers hockey team. 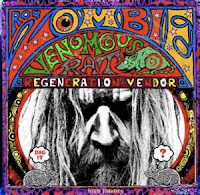 On April 23rd, 2013 Rob Zombie released his latest album, The Venomous Rat Regeneration Vendor.  On a first listen this new Zombie offering maintains the industrial sounds of his previous musical career, his lyrics often being known for the elements of the supernatural and he is not breaking any new ground here.  The album sounds much like his other work and that’s OK, “if it ain’t broke, don’t fix it”, I was always told!  I did notice however that there seemed to be a little more of the recorded sound clips of classic horror films serving as creepy intros to the songs that flavoured his work with White Zombie, while that seemed to be toned down on Hellbilly Deluxe.  One new thing however is the addition of drummer Ginger Fish, who like Rob’s guitarist John 5 was a former member of the Marilyn Manson camp.  Looking at the track listing it appeared that Rob Zombie was in fine form writing this album with weird and wonderful song titles such as the lead-off track, Teenage Nosferatu Pussy.  The second track, Dead City Radio and the New Gods of Supertown, has been released as a single and while it is a great Rob Zombie cut, quickly becoming my favourite on the album, I’m not sure I see it as another stripper classic. The video directed of course by Rob Zombie is great and contains all the elements that we have come to expect from this horror master.  The video can be seen through the following link: DEAD CITY RADIO AND THE NEW GODS OF SUPERTOWN.  Revelation Revolution follows in the same vein and grooves along nicely.  The instrumental Theme For The Rat Vendor clocks in at 1:01 minutes, so I don’t consider it a track particularly and is an odd little break in the tempo that could have been omitted and I wouldn’t have minded.  Ging Gang Gong De Do Gong De Laga Raga (try saying that once stone cold sober, nevermind three times fast or anything!) is reminiscent to me of Black Sunshine from the White Zombie days or even a little like Ministry’s Jesus Built My Hot Rod.  Rock and Roll (In A Black Hole) starts off with a funky sort of dance beat, some classic horror sound clips and is catchy the more that I listen to it, 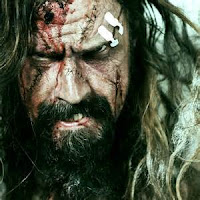 before it explodes with a heavy chorus.  Behold, The Pretty Filthy Creatures and White Trash Freaks are pretty much filler to me, blending in with the previous tracks and getting lost in the shuffle.  Up next however is an awesome cover of Grand Funk Railroad’s We’re An American Band and is probably worth the album price alone!  Lucifer Rising picks up the tempo and is a furious track.  The Girl Who Loved The Monsters grinds along while the album closer, Trade In Your Guns For A Coffin is one of the best tracks on the album and will make the leap to my gym workout playlist as it’s got that kind of energy to it.  Is this album Rob Zombie’s best work?  Certainly not, but would I purchase it?  Definitely.  Would I play it often?  No.  Has Rob added to the best stripper songs in the world category?  I don’t see it here, but I’m not too sure, so maybe I just better head out to the strippers and see if any of the new tracks find their way into the DJ booth there.