*****This review of Dave Rude’s The Key CD was intended to be completed and posted prior to the release of the album, but I became busy with my trip to Sweden Rock Festival, so please excuse the tardiness in bringing you my thoughts on this disc.*****

Tesla is one of those bands for me that I love, but never play any more.  Their Great Radio Controversy record was a drivin’ tune staple in my car and I would often play it start to finish and imagine myself as the singer, Jeff Keith, playing to all my friends, hey gimme a break, I was just a kid!  I had the magical opportunity to see them live for the first time on The Monsters of Rock Cruise in 2012 and then again in 2013.  They are absolutely incredible live and sound exactly like they do on the CD’s.  I can honestly say that these guys show up to play!  On 2013’s cruise Tesla’s other guitarist, Frank Hannon also pulled double duty with his own band aptly called The Frank Hannon Band and it is Frank that we have to thank for bringing Dave Rude into 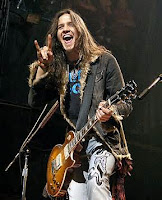 Tesla.  It is said that after original guitarist, Tommy Skeoch’s departure in 2006 Frank Hannon found Dave Rude through his Myspace page (does anyone even use that any more?) and offered him the audition for his solo project.  He was really auditioning for Tesla and received the position.  Alas, Dave himself was not aboard the MSC Poesia for 2013’s voyage and Jeff Keith announced during their sail away concert to kick off the cruise that he had remained home, just becoming a father (although I found no verification of this).  Congratulations Dave from everyone here at Decibel Geek!  While being a full time member of Tesla and recording Reel to Reel, Reel to Reel 2, Peace of Time (EP), the awesome Forever More and Twisted Wires: The Acoustic Sessions albums with them, he also fronts his own band again aptly titled Dave Rude Band (I have to wonder if Jeff Keith had a side solo project would it be called The Jeff Keith Band?).  In his own band Dave handles vocal duties along with his guitar prowess and he does it in his unique style, just preparing to release his first full length CD entitled The Key (an EP was set free in 2008).  Let’s see if Mr. Rude does indeed hold the key, shall we? 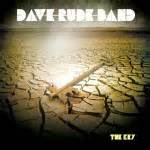 The Key begins with the title track opening up with piercing feedback and blasting into the riffs of the first offering, which has an alternative feel and sound to it amongst the riff barrage.  I’m not too sure how I feel about this track and wonder if it is not the best representation of the record.  The second track, Yours To Hold is more what I expected and is a riff saturated rocker.  Afterlife sits in the third position with it’s funky bass line lead into another riff laden Tesla-esque track.  A break in the barrage is served up next with the ballad On My Own Again.  Picking up the pace again, Iron Grip as the title suggests smacks you hard with it’s pace, grabs a hold of you and absolutely must be played at a higher volume.  Own The Night continues driving the album forward, head banging all the way.  Another ballad, begging you to Forgive Her, sits comfortably here while the bluesy feel of One Night, One Day follows it up.  Peter Gabriel’s 1986 smash hit Sledgehammer gets the Dave Rude Band treatment in this excellent heavier version of the song.  In the close-out slot we find Charlie Mansion……that’s Mansion, not Manson!  The plethora of riffs featured in this one leave the album on a high note, but it’s not over there….the last track reads at over 7 minutes long and after a short silence continues with some ambient guitar work. 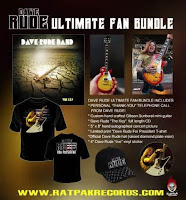 The Key is available June 4th, 2013 and if you hurry you can pre-order it in the ultimate fan bundle that includes a cool mini guitar and a personal phone call from Dave! (Rat Pak Records/Dave Rude).

While a little different than Tesla, This is a great disc and I think that both Tesla fans and newcomers will be very happy with Dave’s CD, showcasing his song writing abilities, vocal skills and guitar virtuoso/prowess.

Tesla is also again confirmed for the third instalment of the Monsters Of Rock Cruise taking place in March 2014 and let’s all hope that Dave Rude is able to cruise with us this year.