Here we go again folks with round #2 of my Monsters of Rock Cruise ramblings.  I thought that I’d again mutter on about some of my plans and activities for this year’s event before I get into something really exciting coming next week…….until then…..
January is upon us and here in Toronto Mother Nature is seriously pissed off at us for something, hammering us with a much harsher and higher level of weather than we are accustomed to!  We’ve had wicked ice storms, leaving many residents without power for more than a week over the 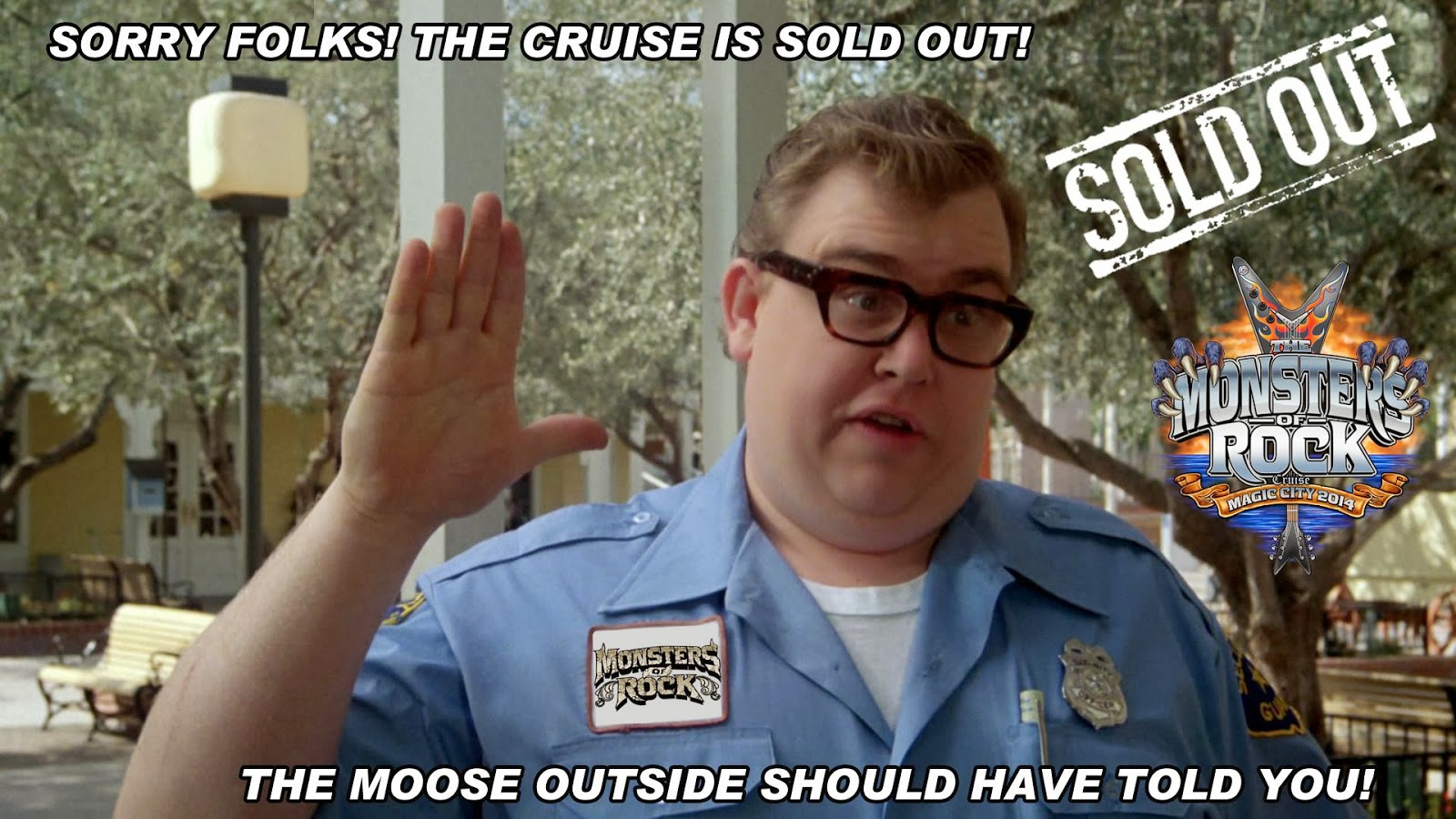 Christmas holidays, much colder than normal temperatures, extreme wind chill factors and several feet more snow than the last two years combined.  I’m afraid to see what it’s like in normally colder areas of the world this year and with the bigger and badder 2014 voyage of The Monsters of Rock Cruise: Escape to already totally sold out, I’m not the only one using the excitement of this cruise to ward off the depression of Mother Nature’s wrath!
At this time of year a good bulk of the world’s population are making and trying to stick to a whole host of New Year’s resolutions, a big one being working out at the gym and training to get into shape.  I’m sure some of my fellow cruisers are doing something similar as we speak and The Meister is no exception……I’m however on a different style of workout and have begun training my liver for Miami and the awesome Monsters of Rock Cruise.  While you don’t have to drink alcohol and will surely enjoy the concerts and experiences just as much, I as do many of us choose to imbibe mass quantities of adult beverages and I can feel my liver cringe and visibly shake, giving a gasp of fear whenever I log into the MORC Facebook page as it remembers last year’s escapades.  Never fear buddy, we’ll get you on a great program to be ready for this year’s massive floating rock party! 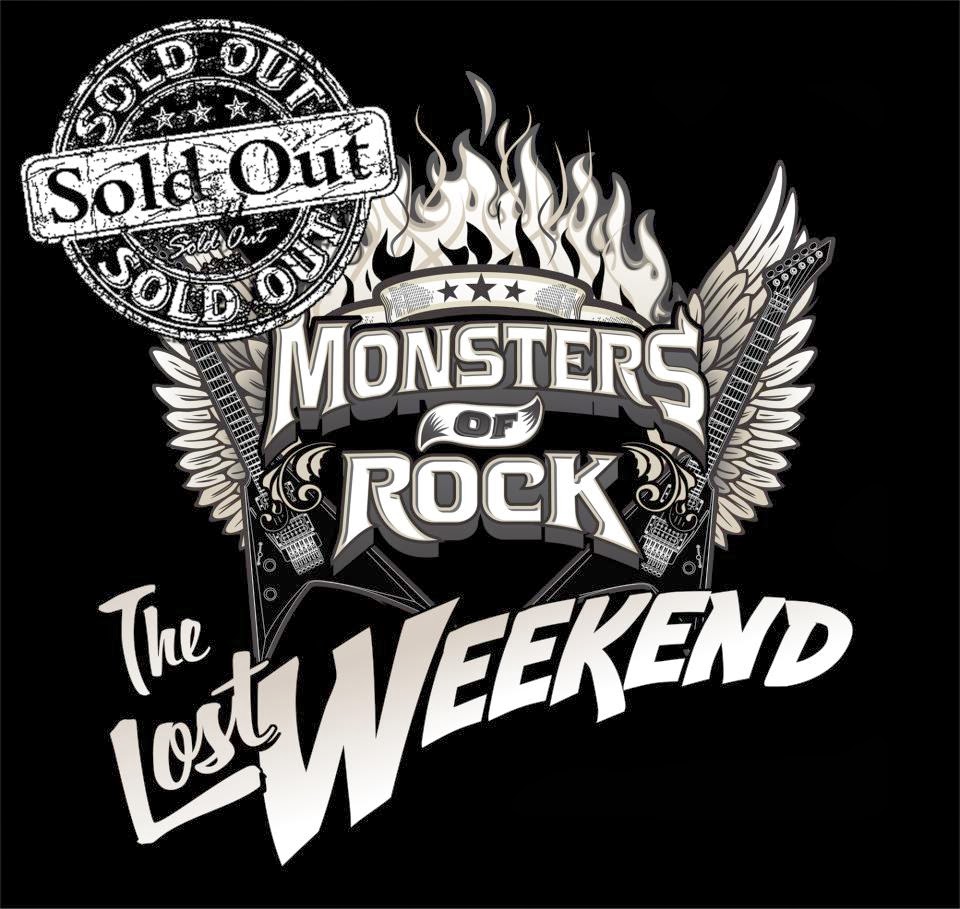 Last year the excursion was subtitled “The Lost Weekend”, but I and many fellow cruisers turned it into more of a lost week, spending a few days in sunny before and/or after the voyage.  This year I fully plan on doing the same, the flights are all booked, the luggage packed (who am I kidding that’s only 2 pair of shorts, a couple of age old rock t-shirts and lots of clean under wear!  Should all fit nicely into a plastic Wal-Mart bag!).  I leave the frigidity of Toronto on the 26th of March arriving in sparkling Miami in the early afternoon for three nights prior to cruising.  After we disembark on April 2nd it’s off to Nashville for two nights to drop in on podcast hosts Chris Czynszak and Aaron Camaro as well as harass a couple of the Decibel Geek staff writers.
As for the 26th, the main plan is to get settled in my residence at the hotel and perhaps explore a little of the city.  Probably join with some cruise friends from around the globe that I know are also arriving on the 26th not to mention a few of my fellow “EH” Team that are on the same flight as me even!  Still looking for any Canadians going on The Monsters of Rock Cruise to join our group, message me through the Facebook link at the bottom of the page.

The real mayhem begins on March 27th, two days before we set sail on the high seas.  Kicking off at 12 noon is the Rockerz Gone Wild Pool Party II.  This pool party is in no way affiliated with Monsters of Rock, or any of its trademarks and brands.  It’s put on by a fellow cruiser and last year’s event was a great place to mingle and meet other cruisers (who may and or may not offer ridiculous sums of money for a 20 year old Four Horsemen Canada Tour shirt should you have one to bring along….true story! 2013’s ROCKERZ POOL PARTY RECAP), artists and generally begin punishing ones liver.  The Rockerz Gone Wild Pool Party 2014 features 12 Bands including some well known names like Burning Rain, and Trixter.  The party keeps rocking until 5am, so that’s 17 hours of drinking and general mayhem…..somehow I think this ole man won’t make it that long!  Since this event is not affiliated with MORC it’s open to the public for ticket purchase at a face value of $60 available through this link: (ROCKERZ PAYPAL). 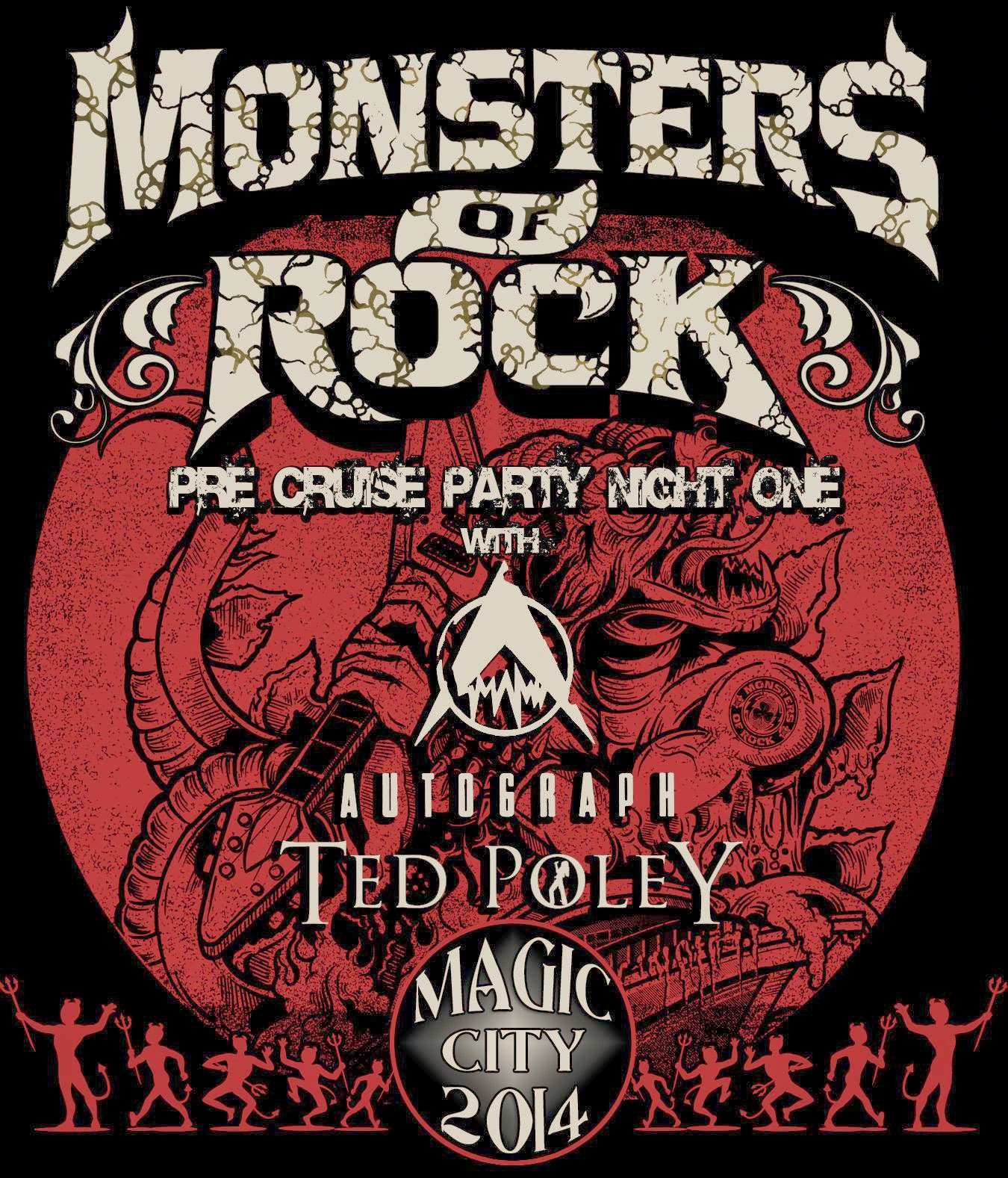 Well, also on the 27th and perhaps an option for those not interested in the mass drinking or bands that the pool party offers is the official MORC Pre-Party #1.  This event is sponsored by MORC and offers free admission to all cruisers on 2014’s ship’s registry.  There may be a limited number of tickets for sale at the door for those not aboard ship.  The Pre-Party for 2013’s excursion featured cruise bands Enuff Z’Nuff and JSRG.  JSRG are ¾ of the original Vixen all female group, only missing Jan Kuehnemund.  Sadly Kuehnemund passed away from cancer back in October 2013 and in tribute to her the remaining members have once again taken up the Vixen moniker.  JSRG/Vixen were absolutely mind blowing at last year’s event and I look forward to seeing them again aboard ship this year (2013’s PRE-PARTY RECAP)…..but I’m straying away from my topic here!  Pre-Party #1 will be hosted by Ted Poley (or as I like to refer to him “Mr. Cruise”……as this cruise just wouldn’t be the same without him!) and Autograph….where do I sign in please?
Can’t decide whether it’
s Pool or Pre-Party for you?  Perhaps you could start out at the Rockerz Gone Wild Pool Party II at noon for some casual afternoon drinks and live rock music and then catch a cab over to Magic City Casino for the Pre-Party, finishing up the evening back at The Rockerz Pool event.  The Pool Party, at The Howard Johnson Hotel at appears to be about a 20 minute drive to The Magic City Casino providing that I’ve operated Google maps correctly!  With a few friends in tow that can’t cost too much in a cab ride could it?

After what I’m sure will be a “late-to-rise” morning/afternoon and more investigation of what has to offer, it’ll be time to keep the party going on Friday March 28th with MORC Pre-Party #2.  The sequel Pre-Party offers KIX with special guests Firehouse in what are sure to be another two great rock performances again held at the Magic City Casino, also open late for those with the gambling itch.  Remember, as a MORC cruiser, admission is free to this event, but there may be a limited number of tickets available at the door for those non cruisers wishing to go.
That should successfully fill the time for my three days in prior to embarkation of the MSC Divina.  For those who have not yet investigated the vessel, here is one of several videos available from different sources on You-Tube (MSC DIVINA).  Can you imagine how different that pool deck will look packed with long haired and tattooed heavy metal fans for the sail away concert?  For the last two voyages Tesla has led us out of port with the sail away show and it’s hard to imagine anyone else guiding us out to sea for the commencement of the cruise, but then again sometimes a change is nice……..any ideas or thoughts on who it might be this time around?
Tune in again next week for something I find really exciting………in the meantime for more 2013 cruise ramblings, here’s my first cruise blog from last year: (“VIEWS OF THE CRUISE #1-THE 2012 RECAP”)