Well, I can hardly believe it!  It’s just like I’m a kid waiting for Christmas to come, the excitement, the anticipation….remember that feeling?  In just a few short days I will be making my epic journey from north of to to take part in the Monsters of Rock Cruisefor the second year.  This time around I’ve decided to extend the experience and spend a few days in prior to sailing to get the party started and catch some great bands and pre-parties.  This year’s voyage has the sub title of The Lost Weekend, but I’m turning it into more of a lost week! 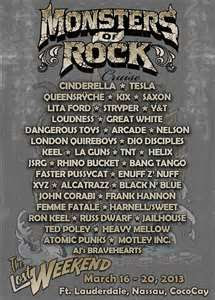 The cruise documents have been received.  The pool party tickets have arrived.  The pre-party has been RSVP’ed to.  The bags (OK, bag) have been packed (clean underwear, a pair of shorts two shirts and a helluva lot of crap to get autographed) and now I’m waiting anxiously (and rather impatiently, I might add) for the release of the band performance schedule and other planned shipboard activities.  Last year we received the schedule of planned festivities shortly before we set sail and I’m hoping it will be so again this year so that I can map out all the shows I want to catch.
I will be aboard the MSC Poesia again as she sets sail Saturday March 16that 7pm with a full day out at sea Sunday March 17th.  Port stops in Coco Cay, Bahamas from 8am-5pm on Monday and Nassau, Bahamas from 8am-5pm on Tuesday March 19, returning to port Wednesday morning fills out our itinerary.  The full day at sea is an extra addition over last year’s trip, but they’ve added sooo many more bands as well.  It was hard to fit everyone in last year and I missed a few performers that I would have loved to catch.  Just look at the band list poster….see my dilemma?  I suspect the same this year.
One way I devised to ensure that I catch as much live music as possible was in starting the debauchery early with Faster Pussycat in Edgewater Florida on Wednesday March 13th, attending the Rockerz Gone Wild Pool Party on March 14th featuring Bang Tango, Ted Poley and L.A. Guns and the official Monsters of Rock Pre-party on the 15thhosted by Enuff Z’nuff and JSRG, who are ¾ of the original Vixen.  That’s six bands that if they have conflicting time slots on board I can see someone else and not feel like I missed out.  But I thought to myself, that might just not be enough “breathing space”, so I’d better put the secondary plan into action!  The secondary plan is quite simple, buy tickets to Bang Tango, Y&T, Faster Pussycat and Loudness (let’s face it I was going to all these shows either way!), who are all coming to shortly after the ship docks in Port Everglades at the conclusion of our “Lost Weekend”.  Even catching some of them at more than one show is OK as I love live music and all of these bands simply kick-ass!  Still might not be enough freedom to choose shows, I’d better make sure I catch Queensryche (with Todd LaTorre on vox) before I leave Toronto at their March 7th show at The Phoenix Concert Theatre.  So I put the plan into action and took in the show last Thursday night……..now I have an even bigger problem……they were absolutely killer and now I want to see them again immediately!  Here’s my review of the show, including a spotlight on one of the local opening bands, J’nai.
******************************************************************************************* 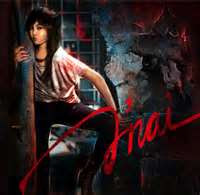 With four opening bands on the bill I knew the show would get under way fairly early and while they all did a great job of setting the stage, especially Three Quarter Stone who I’ve seen before, it was the second act up that stole the show for the collection of local bands setting the stage for Queensryche.  Followers of Decibel Geek may have seen my esteemed cohort Wallygator’s review of our experience at the cancelled Bulletboys show back in January where J’nai knew the meaning of the words “the show must go on”. Check it out here: (CANCELLED SHOW DOESN’T STOP THE ROCK).  The quintet was truly great that night, but they were simply over the top tonight, exceeding their previous standards and my already high expectations.  Starting off with an extremely well done cover of Heart’s “Barracuda”, “I hope we don’t screw it up” claimed singer J’nai before they started into it….no worries there!  From there they played some original compositions with “In The Light” which featured the four front runners all bouncing in unison and ramping up the stage energy.  Another original, “Accident” was up next and as an introduction J’nai proclaimed that this song was featured in a Christopher Walken movie, very cool!  A fan from the crowd even came up to front centre stage near the end of the song and as J’nai held the mike down to him he sang every word!  Next up was the song that had first caught my attention and brought 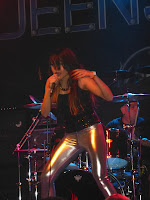 J’nai under my radar at that cancelled Bulletboys show, “Skipping Stones”.  I don’t even know how to properly describe this catchy, punchy, grinding cut to you.  All I can say is that it is awesome played live!  Just like when I heard another band, 40 Sons play their “One Way Ticket” and it became my soundtrack for weeks on end, I’m sure this one will as well.  The stage presence and energy was abound and J’nai put on a great show with J’nai herself’s dance moves and the guitarists throwing their guitars at each other, catching them and continuing to play during the fifth number.  J’nai ramped it up still more, bashing on the symbals during “Gone”, a new track that they are now in the process of recording.  A cover of the Guns ‘N Roses classic “Welcome to The Jungle” closed out their set.  In talking with J’nai after the show I learned that they are excited to be opening for another Monsters of Rock Cruise alumni, Y&T when they stop in Toronto after the
voyage and you can bet I’ll be there skipping stones! 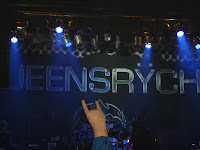 Queensryche took the stage at 10:30pm opening up with the classic “Queen of The Reich” from their self titled début from 1983.  Now, I was not sure what to expect from Queensryche.  I’ve read all of the extremely public feud and lawsuits pending and general hubbub of their separation from original lead vocalist Geoff Tate.  I’ve also seen the Queensryche purists saying it’s not Queensryche without Geoff and even that it hasn’t been since Chris DeGarmo left even prior to that.  Well for my opinion, which may or may not count for anything, the string of albums that they have been releasing since the late 90’s lost me as a fan way before their internal troubles became public.  I had heard that moving forward with new front man Todd La Torre and joining the ship’s registry for the cruise they would be playing only material from the first five releases, which is what made me a Queensryche fan to start with and got me to several of their live shows.  Before heading out to the show, I sampled a bit of a new song from Queensryche, “Redemption”, featuring Todd La Torre (REDEMPTION) and found it to sound decent, but I was still apprehensive. 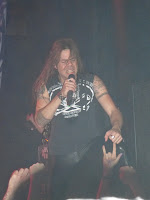 All that apprehensiveness was completely washed away by the second song, “Speak” from Operation: Mindcrime as they sounded great and Todd sounded so much like Geoff Tate that if you closed your eyes, you probably wouldn’t have known the difference.  “Walk In The Shadows” was next and we started to really get into it, amazed how good they sounded.  I should mention here that I had met some new friends to hang out with at the show one of which will be aboard the MSC Poesia with me for Queensryche’s two shows on the open water.  Now, these folks had all been in a Queensryche cover band twenty years earlier, so I would imagine that they would be more critical and knowledgeable of the performance, especially of new front man Todd La Torre, than I and they were all remarking in kind to my words.  Amazing how much Todd sounded like old Geoff except that he can still hold the notes, they said!  I fully expect to hear all the flack from the Queensryche purists or Geoff Tate fans, but I don’t care.  I went out to hear great Queensryche and that’s exactly what I got!  “The Whisper”, “En Force”, “Child Of Fire”, “Warning”, “Needle Lies”, “Prophecy”, “Roads To Madness”, “I Don’t Believe In Love” and “Eyes Of A Stranger” all filled the regular set in which Queensryche just barraged the crowd with song after song sounding top notch on every one. 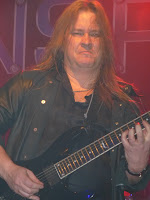 Still trying to wrap my head around how good Todd La Torre sounded on these classic tracks as they returned to the stage for their encore set, drummer Scott Rockenfeld took a minute to address the crowd.  “You come up here and play the drum kit for 90 minutes” he challenged, while thanking the crowd and announcing that the new album was in the finishing stages and is due out June 11th.  For the first encore song, “Take Hold Of The Flame”, they were joined by special guest Glen Drover from King Diamond and Megadeth.  “Jet City Woman”, “Silent Lucidity” and “Empire” shut down the performance and the only thing missing for me was “Last Time In Paris” from The Adventures Of Ford Fairlane Soundtrack.

In my opinion, after seeing this show, Geoff needs to let it go and drop the name, you’re confusing the fans.  I have not seen him to compare, but what I saw tonight IS without a doubt Queensryche as it should be….Geoff who? 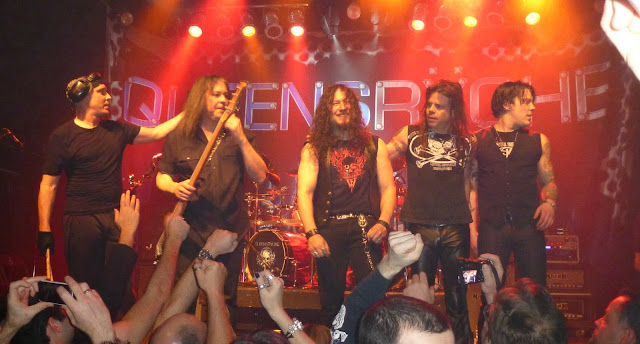