Metal Church "Generation Nothing". Their return to the Metal Throne! 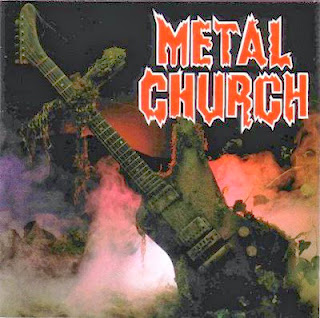 Metal Church was formed in the early 80’s releasing their first album “Metal Church” in 1984. 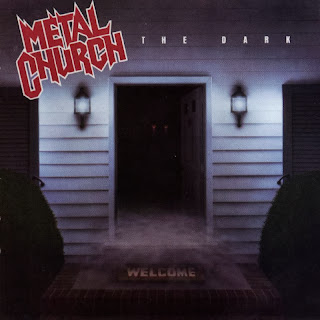 Their 2nd album “The Dark” quickly helped secure their spot in the molding of the Thrash genre spawned by bands such as Metallica and Slayer.  With their video for “Watch The Children Pray” being heavily rotated on MTV’s Headbangers Ball, they cemented their legacy as one of the top thrash bands of the genre.  If the Big Four would have turned into the Big Five or Six, I’m sure Thrash fans would surely have to choose between Testament, or Metal Church to be next on the list.

As vocalist David Wayne left the group in 88′, he was replaced by Heretic vocalist Mike Howe.  With the release of “Blessing In Disguise”, it was clear to me that they were still in the top league of their game. 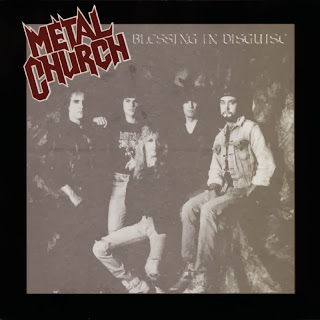 After releasing 2 more albums with Howe on vocals, Metal Church disbanded citing problems with management and record labels as the tides of music were changing as we all can recall during the dark and dull years of the 90’s.

With a reunited lineup in 98′ the band was back in form and delivered a Live album with the original lineup.

On May 10, 2005, David Wayne died of complications from injuries sustained in a car accident that occurred months before. He was 47 years old.

After 9 years and 2 more releases, we finally come upon the 2013 release of “Generation Nothing”. 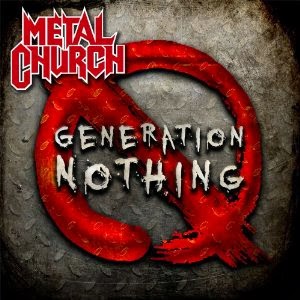 With the lead track, “Bulletproof”, it starts off with all the classic riffness that Metal Church has been known for.  This is a very catchy but heavy track, which very much follows the formula that Metal Church has laid down as their “sound” that distinguishes them apart from all the other thrash bands.  Track 2, “Dead City”, is another great track that goes full throttle on this killer, “No Filler”, release.  The title track “Generation Nothing” keeps the energy going with crunchy riffs and a steady drum beat that is consistent throughout the whole album.

Track 4, “Noises In The Wall”, starts off with some creepy sounding howls that will make you not want to go out at night, then kicks into high gear with some of the coolest riffage I’ve heard in years.  Instead of trying to sound like the new metal of this age, Metal Church sticks to the formula that has gotten them thru 2 decades of metal, keeping the classic 80’s sound that old school fans crave for.

With the remaining songs, “Jump The Gun”, “Suiciety”, “Scream”, “Hits Keep Comin”, “Close To The Bone”, and final track “The Media Horse”,   this is slowly becoming one of my favorite Metal Church albums.  Their last few releases have been hit or miss with me lately.

With the last 2 Accept album releases, which are 2 of the most outstanding releases of their career, it sounds like to me that Metal Church gave them a listen to and said “we must top this”.  And in my bold opinion, and to me, the only one that matters, this new  Metal Church album is the GREATEST thrash release of the last decade.  There is NO FILLER on this album.  I have listened to it constantly and not once thought about skipping a track. (That happens to be my main judgement tool on doing a review.)

Standout tracks are; “Bulletproof”, Generation Nothing”, “Suiciety”, and “Close To The Bone”. But trust me when I say, if you loved Metal Church in the 80’s and have been disappointed with them lately, BUY this album.  This release will surely put them back on the map as one of the great thrash bands of their time.

So  my final review of this album is:  Out Of The Park, HOMERUN!!!!!  Buy this album!!!  I promise, you wont be disappointed.