Musicians You Should Be Listening To: Tim Sköld

Share on facebook
Facebook
Share on twitter
Twitter
Share on linkedin
LinkedIn
Share on whatsapp
WhatsApp
Share on telegram
Telegram
Share on email
Email
Share on print
Print
When it comes down to it, you could say there are three stages of popularity that a musician fits into. There are the undeniably famous: Gene Simmons, Bruce Dickinson, Nikki Sixx; the guys everyone has heard of, and who are likely to sell out a stadium in a heart beat. Then there is the underground: guys who might only be popular in their home-town, or might have a bit of a national following, playing anything from pubs to the slightly bigger venues/theatres, but not quite breaking into the mainstream acts.
But the third level sits somewhere in the middle. Musicians a lot of people have passing knowledge of, generally summed up as “The guy who played in…”. Naturally, they have their dedicated followers, and aren’t completely non-existent from mainstream media, but for whatever reason – perhaps choice – they haven’t garnered the fame as an individual they might deserve.
Throughout 2007 and into 2008, Tim Sköld toured with Marilyn Manson on the Rape The World Tour, supporting the album Eat Me, Drink Me, on which Sköld played the majority, if not all, of the music. He had been involved with the band since 2001 when he began as a producer for Manson’s cover of “Tainted Love”, debuting as a member of the group in 2002, filling the void left by Twiggy Ramirez’s departure.
Like band mate John5, Manson’s larger-than-life stage presence overshadowed Sköld, turning him into a background character in the shock-rock theatre of the band. Despite the diverse crowd the band often draws, most Mansonites were probably too young, or simply not interested enough in the genre, to know that the make-up clad six-stringer had been paying his musical dues for almost two decades before joining Manson’s band. 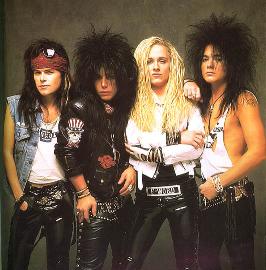 Sköld first emerged in the glam metal scene of his native country of Sweden, under the name “Tim Tim”, playing bass in the band Kingpin, releasing Welcome To Bop City. Soon, the band re-christened themselves Shotgun Messiah, re-recorded Bop City as the bands eponymous debut, and set out to take their new home of Hollywood by storm. Second Comingsaw Sköld took on lead vocal duties, with a heavier, sleazier release as the result. The band weren’t afraid to show their diversity with numbers like I Want More, showing a laid back, almost poppy side.
The evolution of the band wasn’t complete, however, with Violent New Breedseeing an even further change for the band, and Sköld’s first plunge into the world of industrial rock. The record was the darkest for the band yet, and a precursor to not only the industrial work that Sköld would go on to do, but also the music to take over much of rock music in the years to come.
In the wake of the band’s demise, Sköld released a solo record that continued the sound of Violent New Breed, before joining industrial legends KMFDM, enduring a large amount of success in the industrial scene, and become one third of the spin-off band MDFMK. His legacy with these groups is not to be forgotten, and certainly meant that, whilst he may be a part of the underground alumni of the glam and sleaze metal scene, he became a relevant and hard-hitting player in the world of industrial music, which led to his work with The Newlydeads, Ohgr, and his entrance into Manson’s band.
After leaving Marilyn Manson in 2008, Sköld has perhaps gone back to his roots a little bit with his latest project, Doctor Midnight & The Mercy Cult. The band is the very definition of a rock n’ roll supergroup, with other members including Turbonegro’s Hank von Helvete, and Cadaver’s founding shredder Anders Odden. The Midnight Cult is an undeniably heavy, catchy band, combining primal darkness with fist-throwing melodies.
Perhaps this third level of musicians in fame-limbo doesn’t exist, or maybe Sköld simply isn’t a part of it. After all, Shotgun Messiah is still well known in certain circles, and KMFDM aren’t exactly unknown. Still, there are plenty of people not enjoying the plethora of music that Sköld has been a part of, and that simply won’t do. 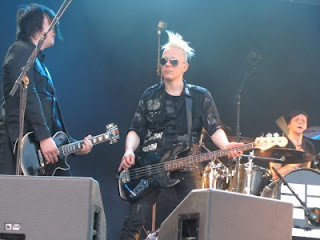