American power metal outfit Hammeron, based in Chicago, started out in the early 1980’s with a different lineup than the one that would come to release the cult album Nothin´ To Do Again But Rock in 1986. Vocalist Brian Troch joined the band early on and soon after talented guitarist Jack Lazor also joined in. By the mid-1980’s, these two were complemented by guitarist Mick Vega, bass player Danny Vega and the only original member, drummer Pete Pagonis. Just before recording their debut album Pagonis left the fold to join Damien Thorn, leaving the band without any remaining original members. Enter Jeff Ward, a powerhouse drummer with a great timing and feel and also the brother of Flotsam & Jetsam bassist Jason Ward.

The classic line up was now in place and would last until the band broke up in 1990. In 1985 the band managed to get two songs published on two sampler collections; ”Marching Off to War” (Chicago Class of 1985) and ”The Only One” (Chicago Metal Works Battalion 2). Why these two were omitted from these reissues I do not know.

Nothin´ To Do Again But Rock! 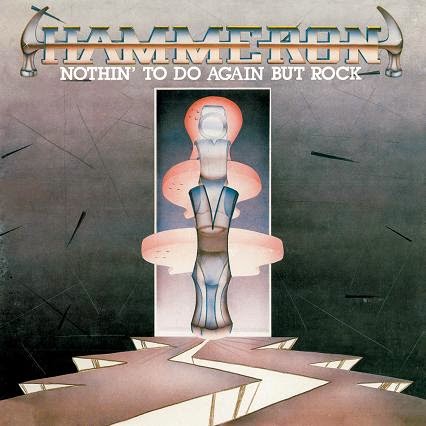 In 1986, Hammeron entered Tanglewood Studios in Brookfield, Illinois to record their debut and, until now, sole album. Nothin´ To Do Again But Rock may seem, judging by the title, as some kind of banal and simple hard rock album. You cannot be more wrong! What you get here is classic American power metal in the vein of Queensryche (Rage for Order era), Lethal or Heir Apparent! Nice guitar duels by Vega/Lazor and fantastic guitar harmonies spiced up by crystal clear vocals from Brian Troch. Slighlty progressive in the song textures and great vocal and guitar harmonies build up these songs with memorable hooks and choruses. The production is of course, judging by today’s standards a bit dated. This album should have been far more successful than it was in the mid 80´s. Being a self-financed release such issues as lack of distribution and marketing made the album doomed from the start commercially. Thanks to Greek label No Remorse Records (Great job guys!!) everybody gets the chance to discover this lost gem and pay tribute to what could have been. 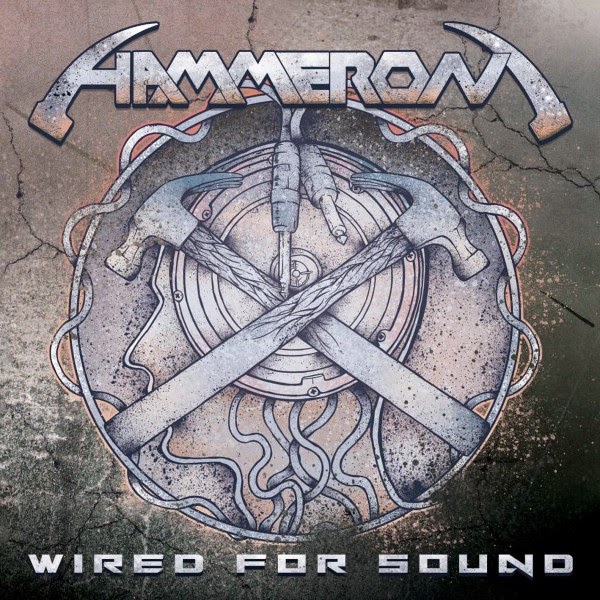 No Remorse Records has also issued the 1987 demo and the later Sponges demo, all on one CD aptly renamed Wired For Sound. For the first time, these are now available to the public. This Wired For Sound album offers varied material in terms of quality. The 1987 demo portion continues on in the vein of the first album with heavy but melodic songs building on strong hooks with lots of melodies and harmonies but the sound quality is a bit on and off being a demo. The last three songs are taken from the Sponges demo and they really lower the grade on this album. To me it only sounds like a wall of sound with no memorable hooks or riffs. Troch screams and shouts like hell but nothing good comes out of it. I´m sorry to say, but it´s pure crap to me. Trying to sound like Pantera was obviously not the right choice. You could call it evolving but in my opinion it was a nosedive into obscurity.

Music style changed for the band and they started to grow apart, not being in agreement on where to go, Hammeron parted ways in 1990. Jeff Ward would then move on to play with Ministry and Nine Inch Nails, however, he struggled with a heroin addiction and tragically took his own life in 1993 (RIP). Guitarist Jack Lazor went on to sing for Widows Rose in Arizona with Jeff´s brother Jason (also in Flotsam & Jetsam). Mick Vega moved on to play with Syndrome, Mad Dog, The Plague and Rising Up Angry. Dan Vega also played with Widows Rose and Mind Bomb. Lead vocalist Brian Troch took the job as frontman with Znowhite and later on Cyclone Temple. Later on, he teamed up with Joe Stump, Jeff Tortora and Jimmy Pma to form Shootinghemlock and released two albums with them. Currently, Brian is playing with the band Flywater.

Track By Track Comments (Nothin’ To Do Again But Rock)

The album starts off with the fast paced rocker ”Silent Victim” with a simple but nice chorus. The song has some interesting tempo changes with a slow mid-section and it keeps me interested throughout the song. A good way to start off the album! This is then followed by the title track, ”Nothin´To Do But Rock”, with it’s midtempo during the verses and some intricate beats. It steps up a gear for the chorus, but it is a really strong effort! Troch shines on this one providing a great vocal effort and this song has a nice melodic guitar solo. The album then picks up with the song ”So True” which is one of the strongest tracks on the album. Nice guitar licks by Vega/Lazor and heavy riffing during the verses with Troch’s melodic vocals on top. Again the song is slightly progressive but in a very positive way making Hammeron stand out from other bands. Keeping up on the high end another strong effort is to follow in ”Jealousy” which is a semi-ballad type of thing. The verses are sung in a ballad context, but the song evolves into a heavy and faster song for the really strong chorus. Another slower song follows suit in ”Endless Nights” and it’s also a very strong song with it becoming heavier again for the chorus. Yet again, it is a really strong one with a nice vocal from Troch. ”Why Lie” starts off with a weird beat which then introduces Queensryche-like guitar lick
s and then turning into a strange but interesting chorus with a faster pace. Probably the oddest song on the album and it demands listening to a couple of times. Not the instant hit but that goes for the whole album I think. The next song, “Sleepwalker”, is a faster-paced rocker with a more direct approach. ”Sands Of Pyre” offers a heavier and grooving sound than the previous songs with the tasteful use of keyboards. The song adds nicely a new element to the mix with the album then rounding off with a nice and melodic rocker in ”To The Top”. This should have been a first single in my opinion having the melody and commercial feel the radio was looking for in the 80´s with a direct and simple hook line and a great chorus!

The album starts off in great style with a really strong song, the fast paced rocker ”One More Time”. Just as strong as “Silent Victim” which started off the debut album. It is continued with album highlight ”Hold You” which features some really nice guitar licks from Vega/Lazor once more and a great melodic chorus! In the next song, ”Hungry For a Fight”, you can clearly hear the band going for a heavier sound with a straight ahead rocker based on heavy riffing and Troch stretching his vocals to the limit on the chorus. The album then continues on with another fast paced heavy rocker called “Journey’s End”. With the faster songs, the progressive beats also fade away which is too bad. ”Journey´s End” is still a really nice song with a melodic chorus and the song features a nice guitar solo duel. With the next song, ”The Way”, we´re back in ”Queensryche-land”! The song could easily have been an extra track on The Warning or Rage For Order albums with Troch reaching a really high pitch and both beat and riffs taking me back to the early Queensryche years. Together with ”Hold You”, these are definitely the album’s highlights! Next song is ”Living On The Edge” and the last song from the 1987 demo included here. It´s a good straight ahead rocker but nothing that stands out. The last three songs ”Full Force”, ”Sponges” and ”Hammer and Sickle” are nothing short of an attempt at the Pantera sound and they fail miserably. Only gives me earache and a bad way to round off an otherwise interesting album.

No Remorse marketed this re-release as a long lost US metal masterpiece. I have to say it´s pretty damn close to that. For being a mid 80´s release these guys deserved so much better. They recorded a very consistent debut album (Nothin’ To Do Again But Rock) – which had the songs and the musicianship to compete with the best. Yet, they faded into obscurity and I certainly did not catch them in the day. It’s only thanks to the enthusiasts at No Remorse that I (and maybe you too) get to hear it! Back in those days there were no internet, no facebook, no twitter. I must say this is a great release that deserves a 7/10 points. When it comes to ”Wired For Sound the sound is not as great and the band are going for a heavier sound. The song quality is very varied with the end of the album being absolutely below par and pure nonsense. I would give the album a 4/10, the last three songs lowering the grade by at least two points and the sound quality deducting the last one in comparison with the debut album. It would have been better to include the two early songs and leaving the Sponges demo off the album in my opinion. My advice is to start off with Nothin´ To Do Again But Rock if you are not familiar with the band. I hope you all will give it a listen because it will be worth it. If your into melodic metal with pinch of progressiveness then this one is for you!