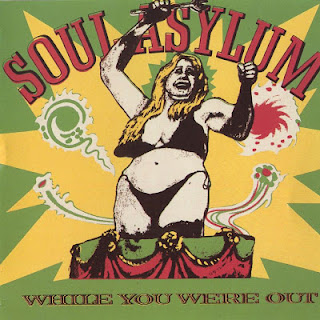 1986 was a pretty good year for rock and roll. Two of my favorite bands of the era, Cinderella and Tesla, released their debut albums. Ratt more than redeemed themselves with their excellent third album Dancing Undercover after what I thought was a disappointing follow up to the amazing Out of the Cellar. Metallica crashed the Billboard charts with Master of Puppets. Metal went Hollywood with AC/DC’s soundtrack to Maximum Overdrive and Fastway’s awesome Trick or Treat soundtrack. But only one rock band released three albums in 1986. Well, technically two albums and a cassette-only collection of 21 B-sides, demos and outtakes. That band was Soul Asylum.

In 2003 Fountains of Wayne, seven years into a career during which they had released three major label albums, were nominated for a Grammy for “Best New Artist.” Huh? In 1992 Soul Asylum found themselves in a similar position. Grave Dancers Union was their sixth studio album and their third for a major label, but they might as well have been a new band. The average person had never heard of them and many people probably assumed Grave Dancers Union was their first album, but Soul Asylum had blazed a hell of a trail through the eighties and amassed an impressive fan base of rock enthusiasts, most of whom jumped ship when the shockingly different and poppy Grave Dancers Union came out. 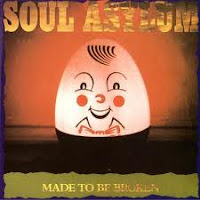 Twin Tone Records, the Minneapolis indie label most famous for releasing the early Replacements albums, released Soul Asylum’s second album, Made to be Broken, on January 18, 1986. Soul Asylum started out as a hardcore punk band called Loud Fast Rules, but much of the punk sound was gone by the time this second album was released. This was rock and roll, plain and simple. Made to be Broken kicks things off with one of my favorite Soul Asylum songs, “Tied to the Tracks.” This song doesn’t even have verses, just three choruses. It’s odd, but you can’t help singing along, a smile on your face, while singer Dave Pirner asks, “What are you doing here in my nightmare?” The next two songs, “Can’t Go Back” and “Ship of Fools,” are classic rock and roll, think Exile on Main Street for the eighties. “Never Really Been” is a bitter ballad sung from a barstool but once again, for some reason, you find yourself singing along, and smiling. The album sort of fizzles out after that but those four tracks alone are certainly worth the price of admission. 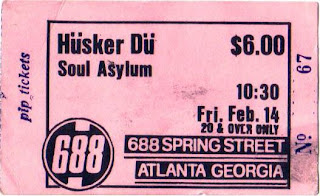 June 24, 1986 saw the release of Time’s Incinerator, a 21 song cassette-only collection of odds and sods. Some of the songs date back to the band’s punk days. A few stand out. “Broken Glass,” sung by guitarist Dan Murphy, is an excellent hard rocker. The band was already having a pretty good year but the stars freakin’ aligned on November 21, 1986 when Twin Tone released Soul Asylum’s third studio album, While You Were Out. This is, in my opinion, one of the best rock and roll albums ever released. I don’t rate the songs on While You Were Out on a scale of 1-10, I rate them on a scale of 9-10, because that’s all I need. Every song is great. There is really no reason to call this anything but rock and roll, but you could certainly call it hard rock. This is heavy, this is LOUD, this has energy, this has riffs, this has hooks, and Pirner’s lyrics are a lot of fun if you listen close. While You Were Out is like Exile on Main Street on steroids, Toys in the Attic if Aerosmith had used Spinal Tap’s amps—these go to eleven. While You Were Out documents a great band at the peak of its powers, bursting at the seams, tighter than tight, just hammering out rock and roll for the pure joy of it.

While You Were Out begins with the majestic “Freaks,” a perfect album opener, it fades in and explodes.  “Freaks” is one of those jump up and down while it plays songs.  The second song, “Carry On,” is probably my favorite song on the album, and a hit single in a perfect world.  Fast paced but melodic with riffs galore, “Carry On” must have been a workout to play live, and check out these lyrics:

The next two songs on Side One (remember Sides?), “No Man’s Land” and “Crashing Down,” are catchy rock songs with great hooks and great lyrics. Side One ends with two brutal riff fests, “The Judge” and “Sun Don’t Shine.”  Before CD’s and iTunes changed the concept of what an “album” was forever the end of the first side could serve as an intermission, a time to reflect, or with an album like While You Were Out a chance to catch your breath and recover after the pummeling you’ve just received.  There are very few album sides, in my opinion, that are as good as Side One of While You Were Out. 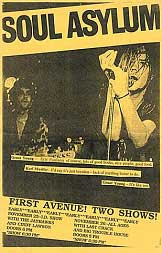 Side Two of While You Were Out kicks off with another hit single in a perfect world, “Closer To The Stars,” then bombards us with three heavy rock tunes, “Never Too Soon, “Miracle Mile” (again sung by guitarist Dan Murphy), and “Lap of Luxury.” The album ends with an inferior sister track to Made to be Broken’s amazing “Never Really Been,” another barstool ballad called “Passing Sad Daydream.” This is the one time that the album comes close to dipping below my 9-10 scale, but Pirner’s lyrics are great, the song is a lot of fun to shout along to, and it’s an excellent way t
o close the album. After While You Were Out Soul Asylum signed to the major label A&M and put out two great albums that went straight to the cut-out bin. They were dropped by A&M, picked up by Columbia, gave themselves a musical makeover, and thence came “Runaway Train.” Hang Time, the album that followed While You Were Out, is truly excellent, but if you want to hear what Soul Asylum might have sounded like if they’d taken While You Were Out to the next logical extreme check out the 1991 Twin Tone release Laid by the band Skunk. 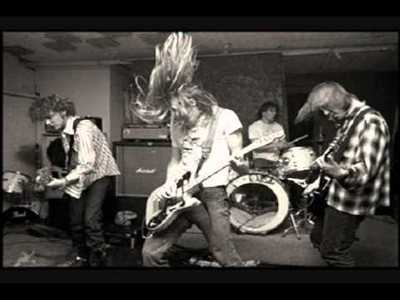