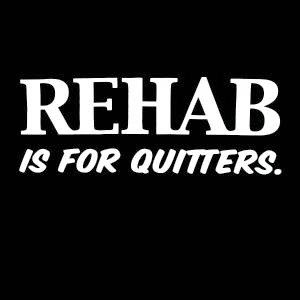 2014 has been pretty weak for new, quality rock but some solid releases have come out over the last few months and inspired this post.

Instead of doing separate posts for each review, here’s the motherload. I have little time for shenanigans but feel compelled to make you aware that there is some great new music… and also inform you of what to avoid.

You may want to grab a beer, we’ll be here awhile.

We are going to split this into three sections of declining quality: Alive, Rehab and Dead.

Cheech & Chong are co-writers on this album as the majority of the songs are about the Devil’s Lettuce.  Great riffs, melodies, solos and a Southern Rock vibe with a modern production.  The single Mary Jane is decent but the best tracks are listed below.  They also tear up the stage live; I saw them go before Volbeat earlier this year and play Rock and the Range in 2012.  Their drummer plays like Animal from the Muppets.  That’s a good thing.

It’s 13 tracks which means it’s 3 tracks too long therefore there is some filler, mostly the last few tracks.  Never Surrender lacks any sense of melody, Hollywood in Kentucky is a reach for a crossover hit and Dance Girl is a perfect example of everything that is wrong with modern rock. These 3 are really out of place and feel shoehorned in by an evil, mustache twirling music label executive.  Delete those and you have a strong 10 track album.

If you like this album go back in their catalog and check out Between the Devil & The Deep Blue Sea and Folklore and Superstition.

Peace Pipe has a really infectious chorus and the solo kills. Here it is:

Holy shit was I shocked with this one.  Hailing from Missouri, their previous album was an EP that came out in 2009 and had a minor hit with Dragonfly.  I saw them at Rock in the Range in 2010 and then they vanished.  They came back with a vengeance. The first track and single Dangerous has a production that is a little too polished for my taste but will rattle your car and inspire you to hit repeat.

A few of the tracks have production like Dangerous that is a bit “Nicklebacked” but the great songwriting shines through.  The songs are about 50/50 with straight ahead rockers to several mid-tempo tracks that are still powerful so you can just let this album flow.  They randomly cover Michael Jackson’s Dirty Diana as well.

The best track is Blood in the Water which is one of the more unique structured songs I’ve heard in quite awhile.  The lyrics contain the album title and is essentially a one verse chant that keeps building with layers of drums, filthy guitars and ends appropriately with the entire studio cheering and applauding.  If you don’t like this one, just move on.  Here it is:

It’s been so long cuz I’ve been runnin.
With a smokin’ heart and a broken gun.

Best Tracks:  Dangerous, Here it Comes, Blood in the Water, In The End

Much has been said on the show and on the site regarding this album holding it in such high regard  as if it was the second coming of an Appetite for Destruction or Led Zeppelin II.  This album has some great songs along with some of the most cringe-worthy lyrics even by KISS standards.  Ace’s vocals during The Joker cover when he says “They call me… Maurice?” is hilarious. This is phrased as a confused question, as if he is reading the lyrics for the first time on a highly questionable cover selection and held by gunpoint by his record label to complete the track.  Does the riff in Toys and Inside the Vortex sound familiar?  It should.  Both sound like Ace in 1977 sloppily trying to play She after too much cold gin.

I have stripped down this album to an EP and a solid 6 track EP is more than expected for an artist 40+ years into their career and therefore qualifies for Alive! status.  I’ve listened to the following tracks countless times in my “2014 New Rock” playlist where, through a vigorous vetting process I cut albums down to the bare bone.

Space Invader, Gimme a Feelin’, I Wanna Hold You, Change, What Every Girl Wants, Starship

That’s it. Nothing else qualifies and should be deleted from your hard drive or cloud account so it can never be used as ammunition for non-
KISS fans to say “I still say they stink.”

My comments on a few of the good tracks:

Space Invader:  The chorus sounds like Love Gun.  This is not a bad thing.  The solo kills.  Great start.

What Every Girl Wants: It’s not a “walk in the park.”  This much we know.  This song is ridiculous, and by ridiculous I mean genius; the riff is infectious and could easily be a Simmons’ track off Rock and Roll Over.

You can’t argue with that logic.  Brilliant!

To begin…17 tracks?  70+ minutes? Are you fucking kidding me?  With few exceptions, no artist should be allowed to release an album more than 10 tracks and Slash and his band must’ve recorded every idea they had with mixed results.

There are only a few guitarists that you can immediately identify, Slash is one of them.  With the number of songs on this release I knew I would have to wade through a river of shit to find the gold…. but Slash made it easy by stacking almost all the good ones in the beginning.  World on Fire, 30 Years to Life… some of the best riffs and solos he’s put out along with some of the most forgettable songs cluttering the mix. And per track Myles’ voice can fit perfectly or be grating.  But…. I’m reviewing an album as a whole and this one needs to check into Betty Ford.  There are 7 tracks max on this worthy of your collection.

The Conspirators are also incredible live, I saw them headline with a 2 hour + show at the Hard Rock in Hollywood, FL a few weeks prior to release.  Great mix of all eras of Slash’s solo career along with GNR.  I nearly passed out when they played Rocket Queen.

This is the 4th release from THC who inspired the title of this post.  If you haven’t heard THC think Pantera with a sense of humor and a lead singer with a larger than life personality:  Big Daddy Rich.   They claim in interviews to be the best “Red Dirt Metal” band on Earth which is accurate since they invented the term and nobody knows what it means.

Their debut album is still the best. Start with the track Riverbottom and go from there.   This album is about the same quality as their last release Peacemaker; avoid their second release Rollin’.  In other words there are only a few solid tracks.  I have enjoyed in the past when Big Daddy Rich pretends he is a bull (8 Seconds), an outlaw (Outlaw, Don’t Come Looking) or just demands I do things (Hands Up, Turn it Up) but this time the better songs on the album are the less cartoonish, more straight ahead rockers.

Best Tracks: Go Pro, Rock Ain’t Dead, Ride On, I Am The End

I couldn’t find a video on YouTube of my favorite tracks on it so I am posting Turn it Up from Peacemaker.  It has strippers.  You’re welcome.

I have been let down by several followups by bands I dig.  Usually the sophomore album is the bad one but in these cases the third time is not the charm.  Here is a list of ones you need to avoid at all costs. Not a single track is listenable. With that said, you should really check out their prior albums.  To be fair to these bands I’m posting prior killer tracks along with present cream of the crap.

Charm City Devils:  Battles – I so wanted this to be good.  Right from the single Shots I feared it was doomed and it was.  They are currently opening for Slash and I saw them at Crue Fest 2; solid live.  Think Bon Scott era AC/DC, but slightly updated.  Get their second album Sins, it’s even better than their debut on Nikki Sixx’s label. For this album imagine 11 of the worst Buckcherry tracks in a row. Below is the new single Shots (make it past one minute and you get a prize) and the great opening track Spite from prior album “Sins.”

Pop Evil:  Onyx&nbsp
; -End of 2013 but adding because it’s such a let down.  They are great live, excellent debut, solid second one and then this atrocity. I am going to post the video for the remix of Trenches (inexplicably featuring DMC, the original mix is also just as bad) for comedic value along with Boss’s Daughter (co-written and featuring Mick Mars) from the last release to balance it out.

The Last Vegas:  Sweet Salvation – I paid $20 or so about a year ago via Pledge Music to fund this album for a physical copy.  It finally arrived sometime this summer and went into the trash can after multiple listens of giving it a try.  Their sleazy debut Whatever Gets You Off  has always been in heavy rotation, their second Bad Decisions was decent but they changed their sound slightly.  For this one they made the inexplicable choice to sound like a Jane’s Addiction cover band or write songs you instantly forget right after hearing them. I don’t want to subject you to that so I am attaching High Class Trash from their debut.

That’s all I got. I will now vanish and randomly post sometime again in 2015.

A note about the author:

Loose Cannon is a man with no credibility and a questionable sense of humor.