Sampling or Stealing? Either Way Makes Me Nauseous 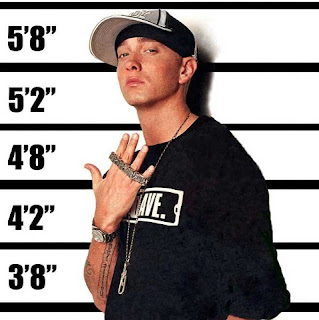 A couple things happened recently that prompted or inspired me to write this down. As a lifelong, sometimes obsessed, passionate music fan, I enjoy many different styles and genres of music but my true love has always been in the hard rock/heavy metal vein. A true “Decibel Geek” you might say.

Anyways, a couple weeks back I stumbled across this headline https://ultimateclassicrock.com/billy-squier-eminem-berzerk/ about Eminem’s new single sampling Billy Squire’s “The Stroke”. Unfortunately, I actually gave the song a quick listen (4 minutes I will never get back) and posted a little comment on the facebook thread about my feelings on it. Those comments spawned some reaction and this morning on my local morning news show I was made to witness this…

This is Canadian Hip Hop artist Karl Wolf’s latest single that in my opinion has completely sucked all the life out of an incredible Fleetwood Mac song. My wife’s comment of “Gee, can’t anybody write their own songs anymore?” made me laugh but hearing this auto-tuned, lifeless song got me angry knowing that this song will be a hit and make serious coin while truly talented songwriters and musicians toil away unknown.

Now I don’t mean to insinuate that Karl Wolf is not talented in his own right, as a musician myself I respect his ability to play instruments and although rap and hip-hop is certainly not my taste or style, I give him props for following his dreams.

My beef here is the “crutch” or more accurately the “cheat” of using well known hit songs as the “basis” for a hit song. I find this practice to be completely void of creativity, more often than not resulting in a watered down, weak song that adds absolutely nothing to music scene today. 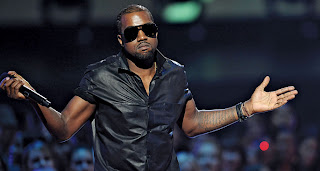 Before I get to unravelled here, I completely understand WHY they do this. It’s pretty much a guaranteed “hit” on the charts that will get radio attention and make coin. Well duh? Of course it will be a hit because the music that someone else worked hard on was already a hit song. The music is already ingrained in our minds making it instantly recognizable and therefore drawing our attention. From a marketing standpoint this is brilliant, but it wasn’t “earned”.

Now I understand there is very little that is truly “original” in music today. Bands often wear their influences on their sleeves and let’s face it their are only 7 notes with only so many ways to combine them into a song. I also understand quite well that bands, and yes bands that I love often record and release “cover” songs and sometimes even entire “cover” albums. Often released as singles for the same reason “instantly recognizable = hit” but most often these songs are recorded as a tribute to a song or artist that the band loves and is marketed as such.

Fleetwood Mac painted this masterpiece and Karl Wolf put it on the wall and finger painted all over it and released it for all our enjoyment. Think about that analogy for a moment, if I wanted to become a famous painter, I would take time studying and learning from the greats and use their inspiration for my own work and style. So how seriously would I be taken if I purchased a Van Gogh and then splattered some new strokes over the canvass calling it my own? Yet the mass produced, cookie cutter music industry continues to shove this crap down our throats because it’s easier and more profitable than as my wife said “writing your own song”.

What is truly sad about this sampling practice is that a younger generation is being dooped and often have no idea that what they are listening to. Case in point, a few years back my daughter happily played me this new song that she loved…

Ironically when I started this article I wasn’t aware that I would get to pick on Karl Wolf again. I remembered this story but had happily forgot who was responsible for “borrowing” a great Toto song and auto-tuning and rapping all over it until quite frankly, it sucks. I informed her that this great “new” song she likes wasn’t exactly “new” and directed her to the original. As much as I would love to announce that she embraced the Toto version and tossed her Karl Wolf version into the trash, she instead shrugged her shoulders with indifference and wasn’t the least bit concerned.

Maybe I am overly passionate, but I love music for how it makes me feel. I connect with the songs and the artists and I am amazed and truly in awe of those that can write a song that touches me. Be it rock, pop, metal or even country, hearing a new riff or hook or chorus that grabs hold of me and moves me is amazing. Sampling (or should that be stealing?) those riffs and hooks and choruses to me seems cheap, forgettable, boring and quite honestly makes me nauseous.

Thanks for listening to me rant this morning and I will leave you with something a little less vomit inducing, some real musicians playing a real song that they wrote themselves….