Saxon Unplugged and Strung Up 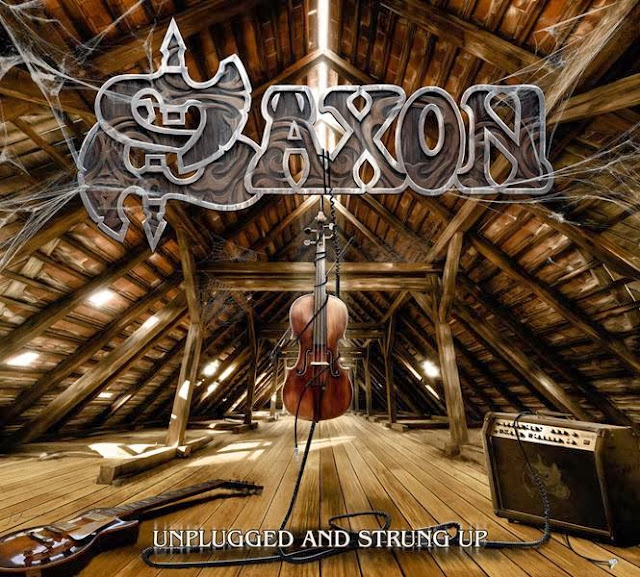 Unplugged and Strung Up is the second release this year for the mighty Saxon. The first was their twentieth studio album, Sacrifice, released this March. The album title suggests that this is primarily an “unplugged” album, or music without electric instruments, which is a bit misleading. It is more or less a collection of some acoustic material, but the majority of the songs here are re-records of some of their classic material as well as some of their songs re-recorded with an orchestra. Now this is not the first time Saxon has done something like this. The first was 2002’s Heavy Metal Thunder which is also included as part of the deluxe release of this album. Of the fourteen songs on Unplugged and Strung Up 4 are “unplugged”, 5 are re-recorded classics, and the rest are songs re-recorded with an orchestra. Of these songs one of them was previously released on 2009’s Into the Labyrinth, one was previously released on Call to Arms, one is a live song, and 5 of them came out as a bonus disc as part of the deluxe packaging for the Sacrifice release. Odds and Ends may have been more appropriate title for this release. With that said, the band did an excellent job of selecting songs that would work well within this format, and did a good job of picking deep cuts to re-record. 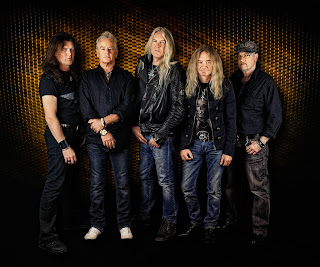 As for the songs, I will start with the unplugged songs which are “Frozen Rainbow, “Iron Wheels, “Requiem”,  and “Coming Home”. The best is “Frozen Rainbow” which is tastefully done and really shines in an acoustic format. “Requiem” is a great tribute to our fallen rock heros, but Biff’s voice seems to be strained here and seems a little forced. “Iron Wheels” as a song is one of my personal favorites. It is a very personal song about Biff’s father and his struggle with losing his arm in the mines. Biff delivers it very passionately, however, I was a bit disappointed that they used a live version here as I would have preferred to hear a re-recorded version with maybe some piano. “Coming Home” is a great choice to the acoustic format and may even be better than the original.

Next are the re-recorded classic songs which are “Stallions of the Highway”, “Militia Guard”, “Battle Cry”, and “Just Let Me Rock”. This is where I think the band did themselves a favor by bringing these classics back to light. I particularly like the refreshed versions of “Stallions” and “Militia Guard”. The sound is really crisp and clear the only thing missing is the innocence of Biff’s voice as it is a little gruffer now and deeper. I like the fact they they went back and brought attention to their 80’s output with the re-recording of “Battle Cry” and “Just Let Me Rock”. I think that “Battle Cry” turned out better, and is a real deep cut gem.

Lastly are the songs that have been re-recorded with an orchestra. They are “The Eagle Has Landed”, “Red Star Falling”, “Broken Heros”,  “Crusader”, and “Call to Arms”.  Saxon was never a band that wrote love ballads. They were a band that could write a touching, poignant song about war and the feelings of loss and remorse that go with it. All of the above songs are of that ilk. In my opinion, “The Eagle Has Landed” is the most powerful and got the most from the orchestra. My personal favorite is “Red Star Falling” which is really a great song that Biff puts these incredibly soaring vocals all over. The orchestra enhances all these songs in some way, my only complaint would be that the sequencing puts most of them together in a row and after the third one the original emotional rise starts to wane. 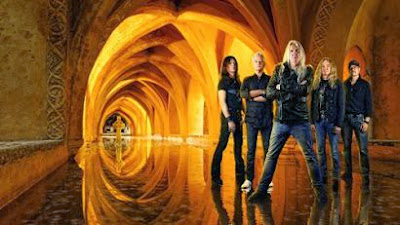 If you are a long standing fan of Saxon this is a must listen. If you like these songs in their original format I think you will enjoy the changes in format. If you are a first time listener trying to get into Saxon, get Sacrifice it will knock your socks off!