Start @ One – Dwarfs Frozen In Carbonite. 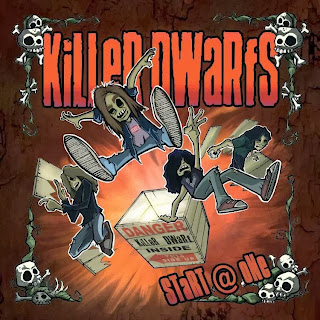 From north of the border they descended like another “hostile hoser” takeover. The Killer Dwarfs are back, out on the road delivering rock and roll madness like only the Killer Dwarfs can. For those that have bared witness to a KD show, I challenge you to remember it and not smile. Pretty much impossible to forget the high energy, tricycle riding, head standing, clothing optional kind of madness that these guys bring to their fans.

To completely understand the new Killer Dwarfs “Start @ One” album lets rewind the clock a little to a time of musical disarray, 1993. Grunge had taken hold, and like a steamroller was sucking everything fun out of rock music. The eighties were being erased in a sea of depressed flannel shirts and boring ass stage shows and because the records were selling, the record companies were surfing the waves of green.

Left, right and center former platinum selling artists were frantically trying to find their way. Many bands tried desperately to change their sound in an attempt to stay vital. Sometimes the change worked well but most often it came off as dishonest and the fans weren’t buying in. For a fan of the 80’s Sunset Strip party rock it was a dark time to be a music fan.

It was 1993 that the Killer Dwarfs called it a day. After 1992’s amazing Method To The Madness album the band was dropped by Epic records as overnight it seemed to become “uncool” to be having fun playing rock and roll.

What most of us didn’t realize was that before calling it a day, the Killer Dwarfs had pretty much completed a new album. Recorded in 1993 at Powerlines Studios in Toronto ON and produced by Fred Duvall these tapes were safely put away and possibly frozen in carbonite to keep it safe from the evil grunge empire.

Fast forward a mere twenty years and these tapes have been re-born and digitally remastered with the help of original producer Fred Duvall to become “Start @ One”. So essentially what we have is a time capsule, a truly “lost” Killer Dwarfs album that is both 20 years old and yet brand spanking new. The best part is, it’s unleashed in a musical climate far less hostile than when those flannel loving monsters ruled the airwaves.

The album opens with “Lonely Road” and the familiar sound of Russ Dwarf’s vocals has me grinning ear to ear. “Start @ One” contains nine tracks for your dining and dancing pleasure. Some real highlights include the somewhat moody “Adalina”, the hard driving “Sky Is Falling” (damn, Darrell is hitting them hard!) and my personal favourite (at least for the moment) the sleazy rocker “Down In Hollywood”. 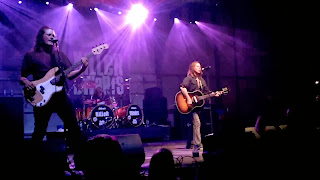 To me, the Dwarfs really matured into their sound on the Dirty Weapons album and that continued with Method. It sure seems that back in 1993 the Dwarfs had no intention of changing that formula. The songs show a progression and growth from the previous album but remain completely true to the Dwarf sound. Big Guitars, big drums, big melodies and big, BIG vocals and from a bunch of Dwarfs no less!

On a serious note, which is tough when talking about these fun loving rock pirates. Start @ One is a melodic hard rock record that deserves a look and more importantly a listen. Real rock songs that you can sing along to, performed by real musicians that actually enjoy performing. What a concept! I can’t wait to hear some of these songs live, stay tuned for a review of next Friday’s Killer Dwarfs show coming soon to the Decibel Geek website. Until then, Happy Hunting…