The Greatest Band That Never Was: Black Sabbath and Ian Gillan 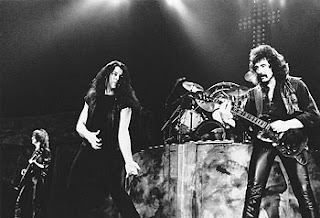 When your first album lays the foundation for an entire genre of music, it isn’t going to be easy to follow it up. The original Ozzy-fronted Black Sabbath put out a record bubbling with so much evil, thick grooves, and pouring with jazzy jams, it is arguable an album without compare. However, Sabbath went through a fair few line-up changes, and occasionally re-invented the wheel again.

Drafting Ronnie James Dio into the band in 1979, the band would unleash Heaven and Hell a year later, a record which pushed the boundaries of what Black Sabbath meant as a band, and what metal could be. Then, by some stroke of pure metal genius, the band followed it up with Mob Rules the next year, an album of arguably equal standing.
The following year, Dio would leave the band, Bill Ward would return to the fold, and a new front man had to be found. Although we can only speculate, the position of vocalist for Black Sabbath is something that would be sought after by many (including Michael Bolton). Through it all, the band landed on another Ritchie Blackmore affiliate, and perhaps the most revered of Deep Purple’s vocalists, Ian Gillan.
And just as casually as that is mentioned, just as casually that line-up has been received. It doesn’t really make sense, all things considered: the original three instrumental members of Black Sabbath teaming up with the guy often thought to have invented the headbang. Okay, most people probably wanted an Ozzy reunion, and fair enough too, but holy hell! A line-up like this could do so much. It could bring Sabbath back to their bluesier roots. It could be the band’s chance to invent another genre of metal, it could be…
…Well, never mind what it could have been, because this is what it looked like: 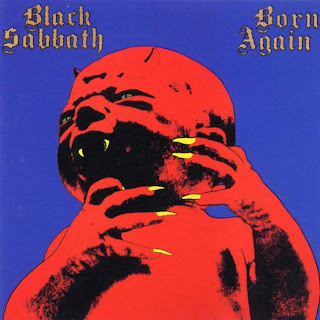 Pretty terrible cover art aside, Born Again isn’t a bad record, it just…isn’t quite what it could be. Although we might view both bands in a similar light as part of metal’s history, Deep Purple and Black Sabbath were very different entities, and you can tell just from band pictures that Gillan simply wasn’t doomy enough.
The song-writing on the album is interesting, that’s for sure. Although Dio had a career before his time in Sabbath, Heaven and Hell defined his identity just as much as Rainbow and later Dio. Gillan however, had already been well-established during his time fronting Deep Purple as much too fun a guy to be singing Children Of The Grave.
At times, this makes the album feel awkward – Gillan almost terrified of the riffs that surround him, with Iommi and Butler holding back the doom for Gillan’s sake. But there are some amazing tracks, Disturbing The Priest being probably the most classic Sabbath song no one talks about, whilst Hot Line sounds like the perfect blend of Sabbath and Purple sensibilities. At other times though, such as on Trashed, it feels this mix just can’t work.
But hey, despite their long careers, this was a new line-up, of course there are going to be some awkward moments. The plot thickens when one considers how this incarnation of Black Sabbath handled themselves live.
Unable to remember the lyrics to a lot of the Ozzy and Dio tracks, Gillan kept a book in front of himself that he turned with his feet. The almost occult vibe of a Sabbath show would certainly put the colourfully-dressed Gillan on edge, as a Deep Purple show was (and still is) a much brighter affair. Sure, to a lot of us, both Purple and Sabbath are early metal bands – they both played heavy, right? True, but that doesn’t mean there weren’t some stark differences.
Whilst Gillan might not sound the best belting out a Dio number – what did everyone expect? This is the power-house voice behind Child In Time, Space Trucking, and the incredible vocal-guitar duels of early MK.II Purple. There is no denying Gillan has one of the best voices in rock n’ roll, but it is a different beast to Dio’s, and for the matter, Ozzy’s, too:
The strong personalities and voices of the singers that have passed through the Sabbath ranks has meant that performing songs from other vocalists will always seem a bit skewed, with Tony Martin perhaps the only guy who has ever managed to leap between eras w
ithout too much trouble. But I wonder what would happen if Sabbath were to play an old Purple number…
Woh! Woh! “That felt right!” Yes, yes it did Ian. Iommi, Geezer and Ward certainly knew how to take such an iconic (and let’s face it – overplayed) song and turn it into something straight out of hell.
With that in mind, perhaps Gillan led Sabbath shouldn’t have done an album straight away. Maybe there should have been an EP featuring re-recordings of The Wizard and Smoke On The Water, as well as Disturbing The Priest and Hot Line. Maybe then, given a bit more time to grow together as a band, we would have seen them become what they could have been.
There’s no doubt that each member has more talent in their pinkie than most do in their entire bodies, but it was just a bad time for Sabbath, evident in their collapse shortly afterwards. Iommi and Gillan would team up again in the future, and make some incredible music, most recently in WhoCares. But still, you gotta wonder: could Ian Sabbath have been the greatest band that never was?