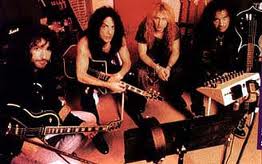 So as we begin week two of Kissmas in July, I would like to direct some attention to one of the coolest Kiss records ever recorded. Unfortunately it’s also one of the most overlooked albums in their catalogue.

Mr.Aaron Camaro once mentioned on the podcast that Kiss can really be divided into era’s. To the casual fan, that would usually be looked at as simply “makeup” and “non- makeup” Kiss. To the die-hard Kiss geek it can be broken down in many different ways and that’s the beauty of being a Kiss fan. If you truly love the band and have devoured their entire catalogue of music there is so much more than just Rock and Roll all Nite and Shout it Out Loud. 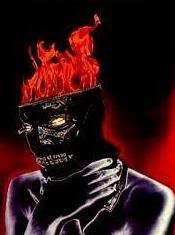 Kiss truly have albums for different moods and times. Party tunes, classic rock n roll tunes, heavy metal Kiss, Glam Rock Kiss and of course the syrupy Kiss ballads. As Gene once said “there is no reason I can’t like steak and cheesecake.” (Of course he might have been referring to blondes vs. brunettes) The fact is whatever mood I am in, I can always find a Kiss record to provide an enjoyable soundtrack. Not many bands can deliver on that.

So let’s take a rewind back to a wonderful yet strange time to be a Kiss maniac. The time was around 1995. KISS was in the studio working on the follow-up to Revenge and were promising a dark, raw heavy album.

The Konvention Tour was an experience like no other and of course that led into the MTV “unplugged” show that still gives me goosebumps when I see Ace and Peter join the group onstage. The seeds planted, the lawyers hard at work behind the scenes making sure the big money “Reunion Tour” was going to happen.

Wow did it happen! Kiss were suddenly everywhere again. From the moment they walked onto the Grammy stage in full regalia the whole world seemed to catch Kiss fever. For myself it was a total dream come true as I was too young to have seen the original lineup, it was a moment I will never forget. 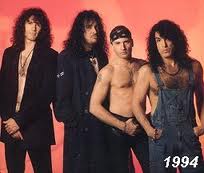 The Reunion tour put KISS back on top but for a fan of all the non-makeup years it was also an end. An end to an era that produced 6 great studio albums (Lick it Up – Revenge). An end to “MY” Kiss as I was 13 when Lick it Up was released so the NON-Makeup Kiss was really the soundtrack of my youth. The tours were amazing and I remember each show fondly as the set list was always a great mix of classics and new stuff. The stage changed dramatically each tour, the look always evolving, you never knew exactly what you were going to get except you knew it was KISS!

So as happy as I was to have the reunion, I was also a little bummed knowing that the music I loved so much was now completely ignored and basically forgotten. To make matters worse they had been recording a new album that was also now thrown into the “forgotten” file as Paul and Gene went out to tour the world in 1996. Carnival of Souls: The Final Sessions was finally released in 1997 with very little fanfare as the Kiss were still out on the road. 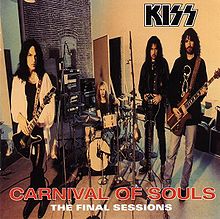 Carnival of Souls delivered what Kiss had promised. A heavy, dark, metal album that lyrically is a very different Kiss record. Gone are the party themed, sexual innuendos as the band created some dark introspective lyrics to go along with the feel of these new songs. COS is not a party time Kiss record but that doesn’t mean its not a great Kiss record. I will go on record and say the musicianship on this Carnival of Souls is absolutely killer and possibly some of the best guitar and bass (the bass work on Jungle is off the hook!) that Kiss has ever laid down.

I highly recommend taking an hour out of your day, throwing on some good headphones, closing your eyes and with zero distractions take a good listen to Carnival of Souls. “Hate” is Unholy’s sister track and pure evil. The aforementioned “Jungle” is Paul Stanley’s finest moment on the album and is a song I would have loved to have seen performed live.

As I mentioned the Reunion of 1996 was every Kiss fan’s dream come true, but that dream came at a price. Now I know many will call me nuts when I say that part of me wishes that Carnival of Souls had gotten the promotion and Tour that is deserved. It could have been an interesting show both visually and musically and a show I would have loved to see.