The Lynx Is Out Of The Trap And Prowls Again! 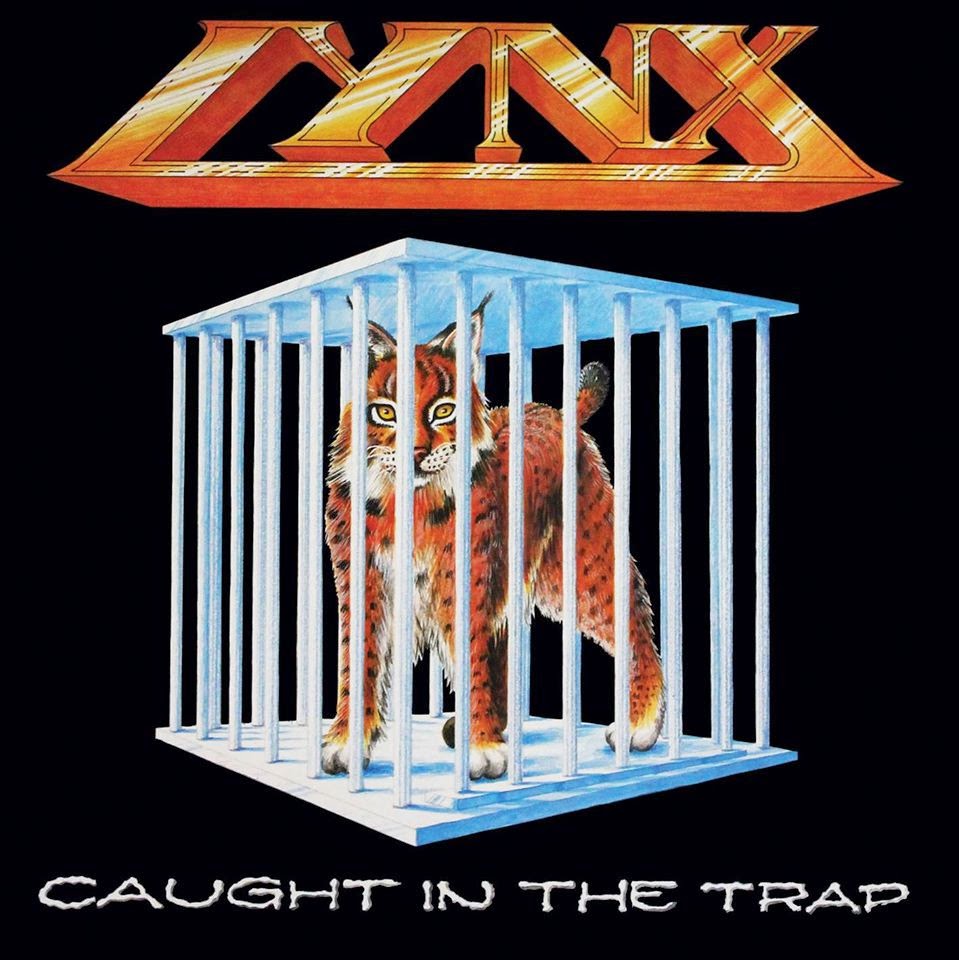 Now the bonus material takes over and everything is from the days when they were known as Pegasus. First out is a live recording of a song called ”In The Night” and it was recorded by Swedish  Radio in 1981 in a town called Oxelösund. On this track, Tommy Karlsson was still behind the drumkit. It’s a great song with a really nice vibe and an interesting hook. Think Rainbow again and you will get very close to what this song sounds like. Sound quality is of course not the greatest but a very interesting time document. When it comes to the songwriting it would easily have fitted on the

album. Second song called ”Keep On Giving Me Love” is by far the fastest track on this reissue and starts of with a falsetto scream in the vein of King Diamond from Mats Eriksson and it continues in a fast pace with the pedal to the metal. An interesting song with a nice chorus line but sound quality is a bit poor. It was recorded on a 4-track in the rehearsal studio. The CD ends with a track from the pre-production demos leading up to Caught In The Trap. It is called ”Race To Hell” and it´s the only track where drummer Johan Skagerlind keeps the beat going. It’s an early version of the song ”Final Race” that ended up on the album.

Summary
The production on this album from 1985 is really impressive with a crisp sound and all the instruments can be clearly heard separate from each other.  The album is clearly heavier than most contemporary bands from Scandinavia in this genre. With heavy riffing, a great musicianship and a bunch of great songs this is really an undiscovered gem for many fans of the genre. Mats Ferretti’s mystical and crystal clear vocals fit the music perfectly making this a really interesting blend of the traditional NWOBHM sound with the more keyboard oriented AOR sound. Some songs even show some hints of AOR.
The guys at No Remorse Records have done a great job again with reissue that comes with a very nice 20 page booklet including the lyrics to all the original 9 songs and a short band biography written by Per Larsson.  This great package includes some really nice and great photos from the time of the recording of the album. I still wonder though why the 4 songs recorded for the second album were not included as bonus material, especially in the light of the questionable audio quality of the bonus songs. The only viable reason would be to save it for a later release with some new songs added. Considering how good “Back On The Streets”, “The Arena”, “Stolen Money” and “R&R Gonna Save Your Soul” sound, some of them you can find on YouTube, it’s very strange why they were not included. Both the songwriting and the audio quality is superior to the bonus material included. That would have made a great release even better!
Rating an old release as this is always hard and for the time (the mid-1980´s) this was a really great album that unfortunately got lost in the shuffle. Lynx was good enough to compete with the best. I would give this reissue a 7/10 and maybe would have been even higher if the bonus material had been different. I can´t shake the feeling that the four demos for the second album should have been on as bonus tracks! No Remorse Records are doing a fantastic job of bringing all these old and great releases out again, often for the first time on CD. The Lynx album is no exception and is one of their best releases.
Let´s just hope that something comes out of the newly re-established connections between Larsson and Feretti. Maybe they can bring the original Lynx back together again – who knows. There are plans for a new record with both old material and some new songs and I´m still hoping that record will bring us the 4 missing demos because they are so good that they need to be heard!  Until then I strongly recommend a listen to Caught In The Trap.

BUY: Lynx – Caught In The Trap

1 thought on “The Lynx Is Out Of The Trap And Prowls Again!”