After last year’s adventures at Sweden Rock Festival, from all the good (the whole damn thing) and the bad (almost losing my job over going), I couldn’t help but return for another engagement (“A Canadian Decibel Geek in Sweden”).  The Sweden Rock Festival began in 1992, marking the 22nd Anniversary for 2014’s event and takes place in the less than 10,000 populated, small town of Solvesborg.  Solvesborg is located in the southern portion of the Scandinavian country and boasts historical significance and beautiful beaches alongside one of Europe’s largest and most important festivals.

In just a few days I will be heading to Toronto’s Pearson Airport for my flight, (stopover at London’s Heathrow), to Copenhagen, Denmark.  I learned from last year’s experience, as one hopefully does with anything that one does multiple times and this year will be flying in and out of Copenhagen as it’s the closest airport to the grounds (about half the train ride than it was from Stockholm).  I have been able to eke out two more days than last year, giving me a total of eight for this adventure. 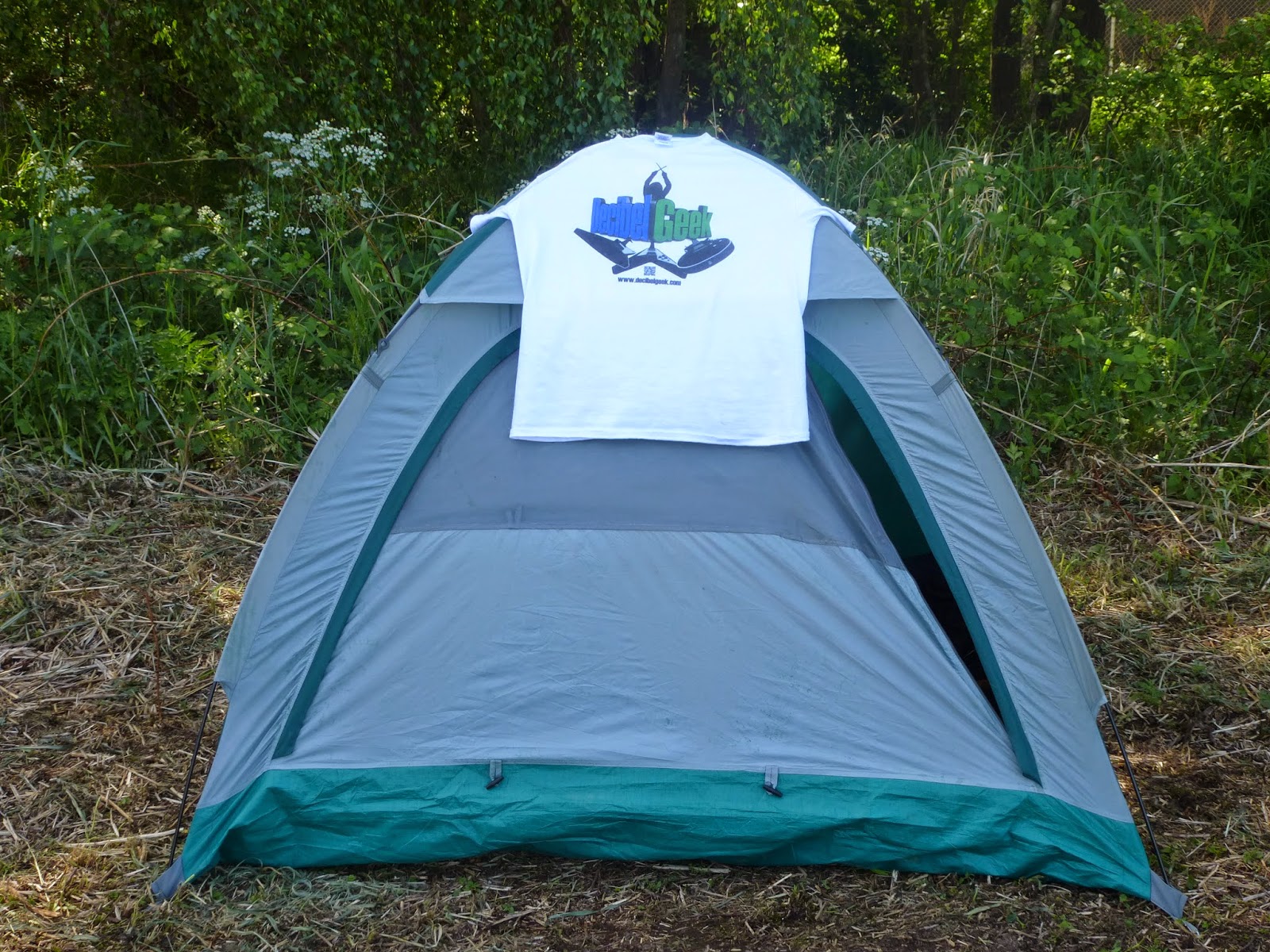 I will land in Copenhagen around 1pm on Tuesday June 2nd, having flown through the night and will be heading straight for the train.  The plan is that I will arrive on the grounds early enough to check in and obtain my press/VIP wrist band along with a souvenir “Sweden Rock 2014 4  Day” wristband which was out of stock by the time I arrived on the Wednesday in 2013.  After constructing my domicile (my tent, last year affectionately dubbed DBG HQ), I should even have some time to head into Solvesborg to explore the town.  I want to investigate the ruined castle that one reader commented about on one of last year’s articles (“A Canadian Decibel Geek in Sweden-Days #1 & 2”).  From there on in it’s 4 days jam packed with great rock and roll, meeting new friends and probably some beer drinking ;). 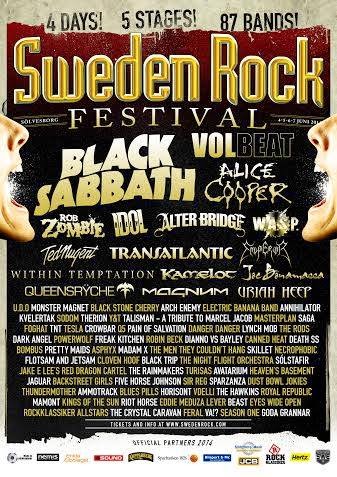 Overall, I much preferred the line up for last year’s event as it contained many of my all time favorite bands on the roster, a lot of whose logos even appear in my full sleeve tattoo.  The line up for this year’s event still has tons of great bands, but leaves some room for discovery of new music as well.

Some old favorites that I’ll be sure to investigate are: Y&T, Tesla, Queensryche and Red Dragon Cartel (all of whom I’ve just seen on 2014’s Monsters of Rock Cruise or at 2014’s M3 Festival or even both).  Other targets include TNT (with Tony Harnell), Heaven’s Basement and “Rock Icon” Alice Cooper.  Also in the mix is Danger Danger and while I’ve never seen the full band live, I have caught Ted Poley solo many times through the cruise.  It’s a similar situation with Ted Nugent who I’ve only seen as a member of Damn Yankees back in the 90’s.

Having seen those bands before, I know that I’m in for some great rock and roll performances from them but there’s also tons and tons of new bands to discover at Sweden Rock Festival, the beauty of having a total of over 80 bands!  Through some listening samples via “You-Tube” and the Sweden Rock Festival website, I’ve been able to identify the following bands to line up in the crosshairs of my 2014 Sweden experience. 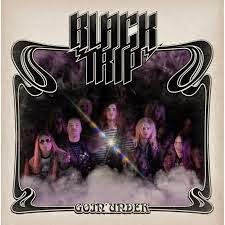 Vdelli (a blues/hard rock band from Australia), Norway’s Backstreet Girls (who are in fact all men and bear no relation to Backstreet Boys) and Roxie77 (Ryan Roxie’s band imported for the festival from the US).  Sweden’s Black Trip is on the bill and their recent release Going Under is a great addition to my collection.  Ammotrack, also hailing from Sweden, has impressed me with the two albums I found for purchase and both these bands slam home the belief that Sweden’s rock outputs should have more attention paid to them!  UK speed/thrash metallers Jaguar, Italian shock rock/industrial metal group Death SS and prog rockers from USA, Q5 were all bands that I’d not heard of until I started my Sweden experience planning.

Some other targets for me that I’ve never seen before, but were at least a little familiar with the music are the US’s Black Stone Cherry (who I’m liking more and more), Germany’s Masterplan (featuring Roland Grapow from Helloween fame), Australia’s Kings of the Sun (who’s hard rock sounds of their 1990 Full Frontal Attack album was popular in my first car) and America’s Madam X (featuring rock sisters Maxine and Roxy Petrucci). 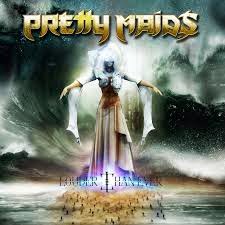 Bands like Denmark’s Pretty Maids, whose Louder Than Ever album I reviewed recently and named their 2013 Motherland effort one of the best of the year, will finally be checked off of my list.  The same goes for some elusive groups whose performances I always seem to succeed in missing their during stops in Toronto like Rob Zombie, Alter Bridge, Black Sabbath, Flotsam & Jetsam and W.A.S.P. (who appears in my tattoo as well, yet I’ve never seen live!).

There have been a couple of cancellations this year leaving the organizers scrambling to find suitable replacements.  Lynch Mob just recently announced that they would not be participating in the festival, leaving room for Sweden’s Electric Boys to step in and fill the void.  German power metaller, U.D.O., takes up the spot rendered vacant by Megadeth as one of the band members there has suffered a death in the family keeping Megadeth on my bucket list of bands to see, a situation that seems difficult to rectify!

As you can see by the band list promo poster above this only scratches the surface of the total rock and roll overload I’m about to endure and I expect to come away being fans of groups I’d never heard of before this!

The festival’s last show ends in the wee hours of
Saturday night/Sunday morning, so after a few hours zzzz’s in DBG HQ it’s another train back to Copenhagen for Sunday and Monday nights before departing to Toronto Tuesday afternoon.  The Tivoli Gardens (staying very close by) is one of the oldest theme parks in the world and Stroget, the world’s longest pedestrian shopping street are earmarked to fill my time in Copenhagen, along with perhaps bike rental and maybe even a walking tour of the city to amuse myself.  I’m sure along the way, probably in the hostel bar, I’ll make some new friends to enjoy evening drinks with and share the adventures, an avenue to build the Decibel Geek audience perhaps?  With plans already to hook up with some MOR Cruise friends while at the festival, including “Eh” Team member and vocalist for Red Dragon Cartel Darren James Smith, if there’s anyone who would like to meet for a beverage at Sweden Rock or in Copenhagen before the Meister heads back home to Canada, just shoot me a mail here through my FB page (The Meister on Facebook)!