THE TWENTY BEST ALBUMS FROM 1975 THAT MAYBE YOU HAVEN'T HEARD 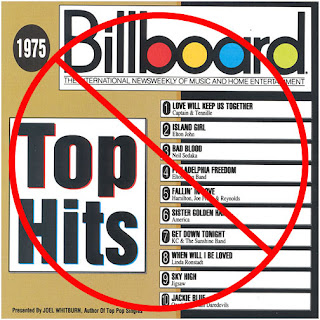 Toys In The Attic, Physical Graffiti, Born To Run, “Bohemian Rhapsody.” Yep, 1975 was a great year for rock and roll. Kiss released their best album and Thin Lizzy and UFO really came into their own. But what about all of the lesser-known rock records that came out that year? There were a lot of them. Here’s my top twenty records from 1975 that maybe you haven’t heard.

Crack the Sky were a quirky rock band from West Virginia, I’ve seen them called prog but that’s not really accurate. Their first album got a lot of attention at the time but the record label (Lifesong) dropped the ball and the band were unable to capitalize on the hype. The album definitely gets weird at times but if you’re into a band like Galactic Cowboys I recommend you give the opening tracks “Hold On/Surf City” a listen. Very cool.

Armageddon was a band put together by former Yardbirds singer Keith Relf and drummer Bobby Caldwell from the Iron Butterfly spin-off Captain Beyond. They released only the one album on A&M. The song lengths average about eight minutes but it’s a pretty cool seventies rock record nonetheless.

Trying To Burn The Sun would be Elf’s best and last record since the entire band (minus the guitar player of course) would soon after join Ritchie Blackmore in Rainbow. You’ll probably recognize the singer’s voice, but not the style of music. “Wonderworld” and “Prentice Wood” are great songs.

17. Hawkwind – Warriors on the Edge of Time

This is the last Hawkwind album to feature a certain bass player named Lemmy. The album isn’t great but it is notable for the b-side of the first single, which just happened to be a song called “Motorhead.”

16. Back Street Crawler – The Band Plays On

After Free broke up guitarist Paul Kossoff released a solo record called Back Street Crawler, then applied that same moniker to his newly formed band. I like The Band Plays On a lot more than any Free album. “New York New York” is a great song. 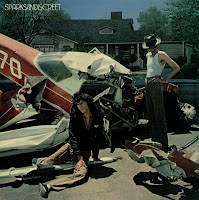 Sparks were an American band formed by two sets of brothers in 1971. They released two poorly received LPs before one set of brothers, Ron and Russell Mael, moved to the UK, reconfigured the band, and hit paydirt with two albums released in 1974, Kimono My House and Propaganda. Indiscreet is not as good as those records but the first two songs, “Hospitality On Parade” and “Happy Hunting Ground,” are great.

Ian Hunter left Mott the Hoople in 1975 and swiftly released an outstanding solo album which is perhaps most noteworthy, in the US at least, for containing the song “Once Bitten Twice Shy,” which would be a top ten hit for Great White fifteen years later.

13. Hustler – Play Loud
Produced by Roy Thomas Baker, this is the Brit rockers’ second album and the songs are heavier and catchier than those on their previous album, High Street. The band faded into obscurity soon after the album’s release. 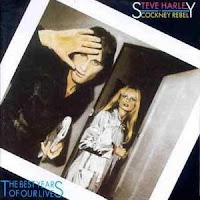 12. Steve Harley & Cockney Rebel – The Best Years of Our Lives

Steve Harley formed Cockney Rebel in London in 1972. The Best Years of Our Lives is the band’s third album and contained a UK number one single, the insanely catchy and wonderful “Make Me Smile (Come Up and See Me).”

Stand Back is Canadian rockers April Wine’s fourth album, it’s a strong rock record but there are two songs on the album that I am especially fond of, “Not For You Not For Rock & Roll” and the amazing “Wouldn’t Want Your Love (Any Other Way).” 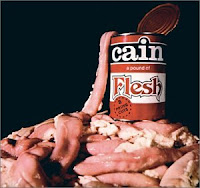 Cain were a mysterious band from Minnesota who released two very heavy rock records on small record labels in the mid-seventies then disappeared. Singer Jiggs Lee (great name) had some serious pipes and
guitarist Lloyd Forsberg was a shredder. The album title came from Shakespeare’s Merchant of Venice but the record label went with a very literal depiction for the album cover. First song “Queen of the Night” is a monster: 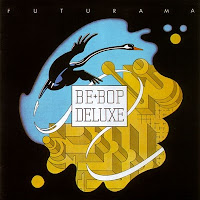 Guitar virtuoso Bill Nelson formed Be-Bop Deluxe in 1972. Early in their career the band played artsy glam rock similar to David Bowie or Roxy Music. They would drift towards new wave later on and Nelson would eventually produce A Flock of Seagulls’ amazing debut album. Futurama is the second Be-Bop Deluxe album, it’s not quite as good as the first, Axe Victim, but close. 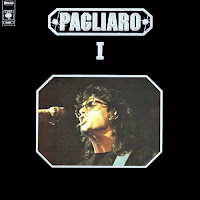 Michel Pagliaro is a truly brilliant artist from Montreal who released a series of mostly wonderful hit singles in Canada in the early seventies, some in English and some in French. Pagliaro I was his first balls out English rock record but his earlier material was much better, for example please give a listen to his 1971 single “Lovin’ You Ain’t Easy,” which is a perfect song, I couldn’t possibly like a song more:

Most of Pagliaro I is a little too bluesy for my taste but I do like the album and I love the first song, “I Don’t Believe It’s You.” Check it out: 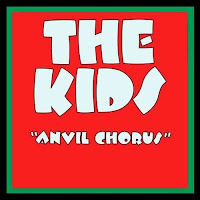 This band released a self-titled album in 1974 called Heavy Metal Kids but for some reason when it came time to release the follow-up album, Anvil Chorus, they shortened their name to The Kids, then on the third album, Kitsch, they reverted back to being Heavy Metal Kids. The band performed hard rocking seventies glam, very cool stuff.

Roy Wood is a genius. He was the mastermind behind The Move, an amazing band that racked up 9 Top 20 singles in the UK in a five year period. When the Move disbanded Wood started a new band with Move guitarist Jeff Lynne which he called Electric Light Orchestra. Wood left ELO after one album and in 1973 released a mostly mellow but brilliant solo album called Boulders. He then formed a heavy rock band called Wizzard and scored an astonishing six Top 10 singles in the UK between 1972 and 1974. Mustard is his second solo record, listen to the amazing first song, “Any Old Time Will Do,” here.

Thundermug were an absolutely killer Canadian rock band based in Ontario. All three of their albums are essential listening. “Orbit,” the title track from their second album, is one of my favorite songs ever by any band.

Ta-Daa is the band’s third album and the closest they came to glam rock. “Jeanine” and “The Look In Her Eyes” are my favorites.

4. Artful Dodger – Artful Dodger
Artful Dodger formed in 1973 in Fairfax, Virginia. They released one single as Brat before changing their name and signing to Columbia. Jack Douglas produced their debut album, which is a criminally overlooked seventies rock gem. First song “Wayside” is an undeniable classic.
Watch for a future Artful Dodger article.

Status Quo are one of those bands that were huge in Europe but couldn’t get arrested in the United States. They began as a mediocre psychedelic group but once they grew their hair out and upped the tempo they kicked some serious ass. On the Level is their eighth album but the fifth since they’d abandoned psychedelia for hard rock. The first side is a tour de force, all five songs are great, but the big hit, “Down Down” and my favorite song, “What to Do,” are on the second side. 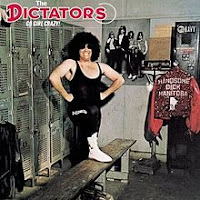 Since I wrote that article the brains behind the band Andy Shernoff appeared on the Worst Gig Ever podcast and discussed how the band were signed to the record deal that resulted in this album before they had even played a single gig! Check it out, it’s a great interview: https://worstgigeve
rpodcast.tumblr.com/post/44538179947/episode-38-andy-shernoff-andy-shernoff
1. Nils Lofgren – Nils Lofgren 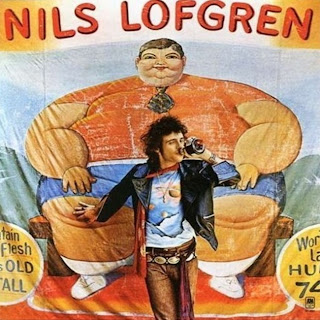 Nils Lofgren joined Neil Young’s band at the age of seventeen and played piano and guitar on the timeless classic After the Gold Rush album. In 1971 he formed his own band Grin. The band released four albums before Lofgren decided to go solo in 1975 and what an amazing collection of songs he put together for his solo debut. This is one of the best lost albums of the seventies. The album was a hit with the critics but not the general public, they were far too busy listening to Captain & Tennille. Every song on the record is good and most of them are great. My favorites are “I Don’t Want to Know” and “The Sun Hasn’t Set On This Boy Yet,” click the links to listen to them on Myspace. Lofgren went on to release six more albums before joining the E Street Band in 1984. 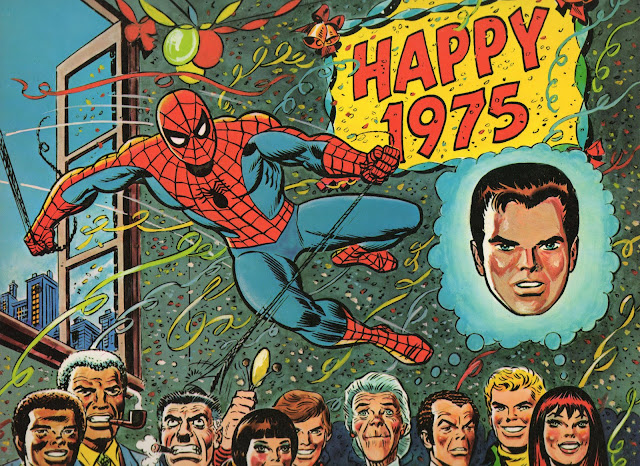