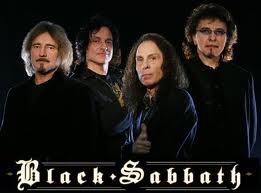 This week on the Decibel Geek pod cast Chris and Aaron dig out some tunes that you aren’t gonna hear on “corporate radio” because as you know, radio sucks.

Three of the artists played this week I witnessed live on-stage, together, one night in Hamilton, ON.

Heaven and Hell (aka Black Sabbath with Dio!), Alice Cooper and Queensryche brought an amazing show to Copps Coliseum. 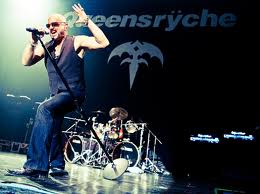 Up first was Queensryche, one of those bands that I have seen supporting everyone (Kiss, Def Leppard, Judas Priest). The band was pretty solid and they broke out a killer cover of Pink Floyd “Welcome to the Machine” that was to be on their upcoming (at the time) Take Cover Cd.

Then it was time for Alice Cooper to take the stage. Now I have seen Alice a number of times, mostly all great shows. The last time, however, I caught him at Massey Hall in Toronto and I am wasn’t sure if he just had a bad night, maybe he just wasn’t feeling well? That show was rough as Alice croaked out his set, his voice sounding completely shot. I left that night wondering if Coop’s best days were behind him and I was quite honestly closing the chapter on spending my money to see him live. 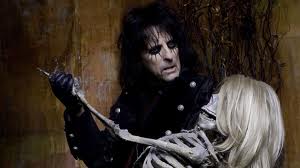 Man, was I wrong! Alice and his band was on fire in Hamilton. In the “Special Guest” slot, he treated the fans to a complete (although a touch shorter set) Alice show. Complete with zombies, blood, an execution and a really tight set of songs that had the crowd on their feet, wanting more. Possibly the best Alice Cooper show I have ever seen.

Then, the moment I had been waiting for. Heaven and Hell aka Black Sabbath with Dio! Now to fully understand the magnitude of this event, you must realize that I am a HUGE Ronnie James Dio fan. Absolutely my favourite vocalist of all time. In my opinion the “Sabbath” lineup for Heaven and Hell and Mob Rules (and then again for Dehumanizer) albums was far and away Sabbath at it’s best. No disrespect to Ozzy as I love him too, but I am definitely Team Dio! 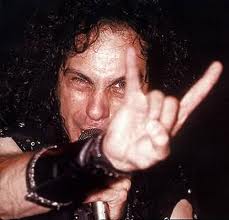 To see this lineup live was something I never thought would happen. When the house lights went down, I got the chills as I was only 6 rows away from Sabbath! If there ever was a vocalist so untouched by the hands of time it was Ronnie James Dio. Every time I have seen him live, he delivered! A more powerful vocalist you will never find as he took the audience on a journey to the dark side. This night was no exception, the pint sized dynamo was in perfect form, twirling his mic stand and warmly thanking the audience after each tune.

Tony Iommi was hypnotizing. He is the quintessential “riff master” and I found my focus was often on Tony’s fretboard trying to see just how he does it. Hearing songs like Mob Rules, Voodoo, Falling off the Edge of the World, and of course the monstrous Heaven and Hell performed live by Black Sabbath was so incredibly powerful. Truly a concert I will never forget.