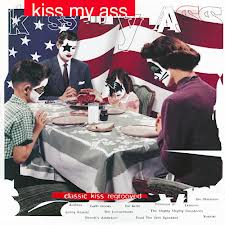 When I heard Garth Brooks playing the Kiss classic “Hard Luck Women” on the Decibel Geek show this week, it got me thinking about my introduction to country music. Let me correct that, my introduction to “appreciating Country music” My Dad used to break out his Loretta Lynn, Conway Twitty and Kenny Rogers records but I wasn’t  impressed. I had no interest in the whoa is me twangy old school country. I wanted to ROCK!

You could probably safely say that without Kiss and Garth Brooks, I wouldn’t have developed a love for country music and what it has to offer.

I look at my Daughter and my Nephew now 19 and 20 respectively and I marvel over how they love and accept so many genres of music. Back in the 80’s when I was in high school that was non existent. You chose your musical flavour and that was it. Social circles were very much defined by the musical tastes. A self respecting Headbanger would not be caught dead listening to the Thompson Twins or Culture Club.

There is a band from Canada, the Barenaked Ladies who wrote a song called Grade Nine. Now these guys were just a few years older than me and the lyrics of the song were very accurate of that time. The line “tried out for the football team to prove that I’m a man, guess I shouldn’t tell them that I like Duran Duran!” That was dead on accurate.

So how did this self respecting, card carrying metalhead get turned on to country music? It’s simple, I got tonsillitis. 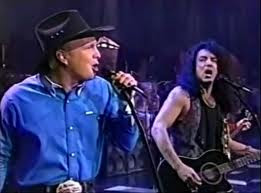 It was the winter of 95, of course I had the Kiss My Ass tribute album and had picked up the accompanying VHS. So I had heard and seen Garth performing the Kiss tune. He did a very true to the original version and the fact the Gene and Paul approved, was cool. Of course I understood that Paul and Gene were incredibly smart by having the biggest act in country on the tribute album. Garth fans are savagely loyal and would be sure to buy whatever he was doing at the time.

So Garth’s version of Hard Luck Woman wasn’t the push that I needed to get into country. Instead it was a cold winter day in 95 and I had come down with a really bad case of tonsillitis.

Fevered and bundled up on the couch, with my antibiotics and lozenges. I spent one particular afternoon trying desperately to find something worth watching on TV. After flipping from one soap opera to another, and finding nothing but mindless daytime shows I accidentally came upon PBS.

At the exact moment I tuned in there was this shot of a packed stadium shot from a helicopter above. This place was huge and the crowd looked ready to rock. As the cameras panned through the audience and then up onto the stage, I thought cool! A rock version of country music really is live. Something that doesn’t always translate in the studio.

Now the timing was right for this to happen actually. Grunge had all but ruined heavy metal for the moment and the radio was at this point had absolutely nothing remotely interesting. The spirit, energy and musicianship that I loved about the bands of the eighties was alive and well in Garth and I was later to find out, in some of the other 90’s country artists. Brooks and Dunn is another band that likes to mix a little rock with their country. 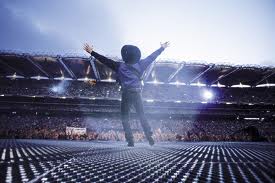 I did some research into Garth and read an interview with him where he said his three favourite artists were George Strait, Kiss and Queen. That’s some pretty solid influence, he can’t be all bad. I dove headfirst into the Garth Brooks catalogue and even picked up his DVD box set containing 5 complete concerts from throughout his career. His show from Dublin, Ireland is out of this world good. “Aint Goin Down til the Sun Comes Up” is a hard rock tune in disguise. Hell, the guy even rewrote the lyrics to Aerosmith’s song The Fever to better suit the country roots and it still rocked.

Now I know Garth is pretty far removed from the regular Decibel Geek style but I am a fan and in the words of one Mr. Gene Simmons, “I can like steak and cheesecake”.