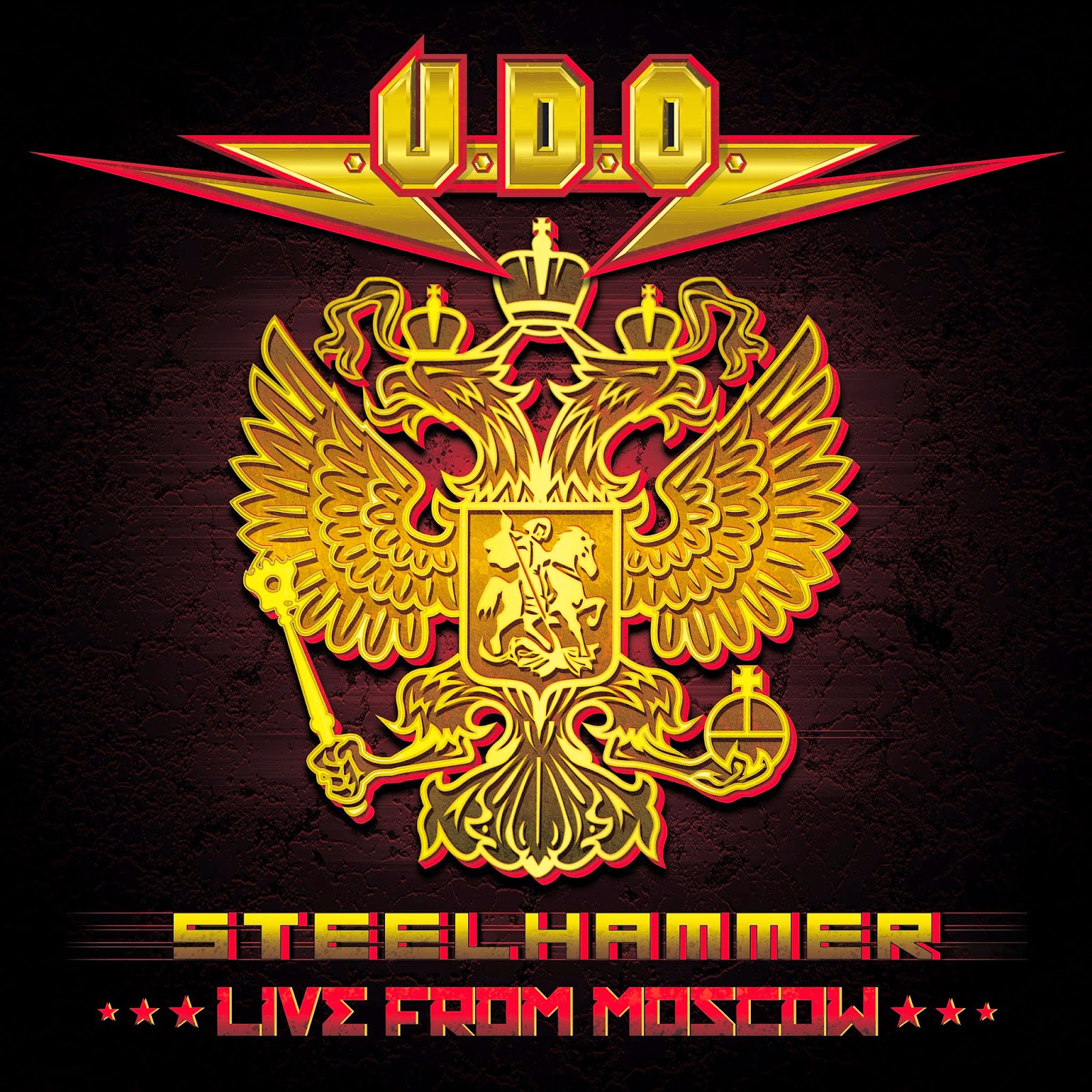 When I found out that U.D.O., former vocalist for Accept was releasing another double live CD the only question that I had was why?  Why, why, why?  Don’t get me wrong, I am a huge U.D.O. fan, having been fortunate enough to see him live on two occasions now. But he just issued a double live CD, Live in Sofia, in 2012.  Never-the-less we have been delivered a new album from the German power metaller with U.D.O. – Steelhammer Live From Moscow, available now.  The album was recorded during performances in Moscow on the recent Steelhammer tour. It is available as a DVD/2CD set or triple vinyl package with Russia’s national colors.  This album is the first live issue with the new U.D.O. lineup, the roster that I have seen twice.

The release starts off with a minute and a half intro that could have quite easily been omitted. It doesn’t seem to serve much purpose to me. But the random stage noises elude to the fact that there would be something to see should this be a DVD.  After that it blasts into high gear with the opening riff to “Steelhammer”, the title track from 2013’s studio offering, the fourteenth in the collection.  “King of Mean”, also off Steelhammer follows before going back into the catalog for the awesome “Future Land”.  “Future Land” sounds so much better here than it did on the initial appearance on the 1990 studio album Faceless World.

Flip-flopping back to Steelhammer for “Cry of a Nation” and then back to Faceless World for “Trip to Nowhere”, we then branch out into U.D.O.‘s first solo effort, Animal House, and the song “They Want War”.  Continuing the workout of Steelhammer, “Never Cross My Way” and “Stay True” are flawlessly delivered with Faceless World‘s “Stranger” sandwiched in between.  Animal House‘s “In The Darkness” and “Azrael”, found originally on 1998’s No Limits wrap up CD one.

The second disc picks up where the first left off with “No Limits” from the album of the same name before a near eleven-minute version of 1989’s “Mean Machine” including some long and drawn out instrument solos that make me lose some interest.  Timebomb‘s “Burning Heat” is up next and then it’s back to Steelhammer for a double shot with “Metal Machine” (“Mean Machine”/“Metal Machine”….I know it’s confusing but they really are two different songs) and “Devil’s Bite”.  Animal House supplies “Go Back To Hell” before “Timebomb” and “Holy” both from albums of the same names.  The final song of the concert is the Accept classic and surprisingly the only one included with “Metal Heart”. “Metal Heart” is also the only song that makes an appearance on both Live in Sofia and Steelhammer-Live From Moscow. 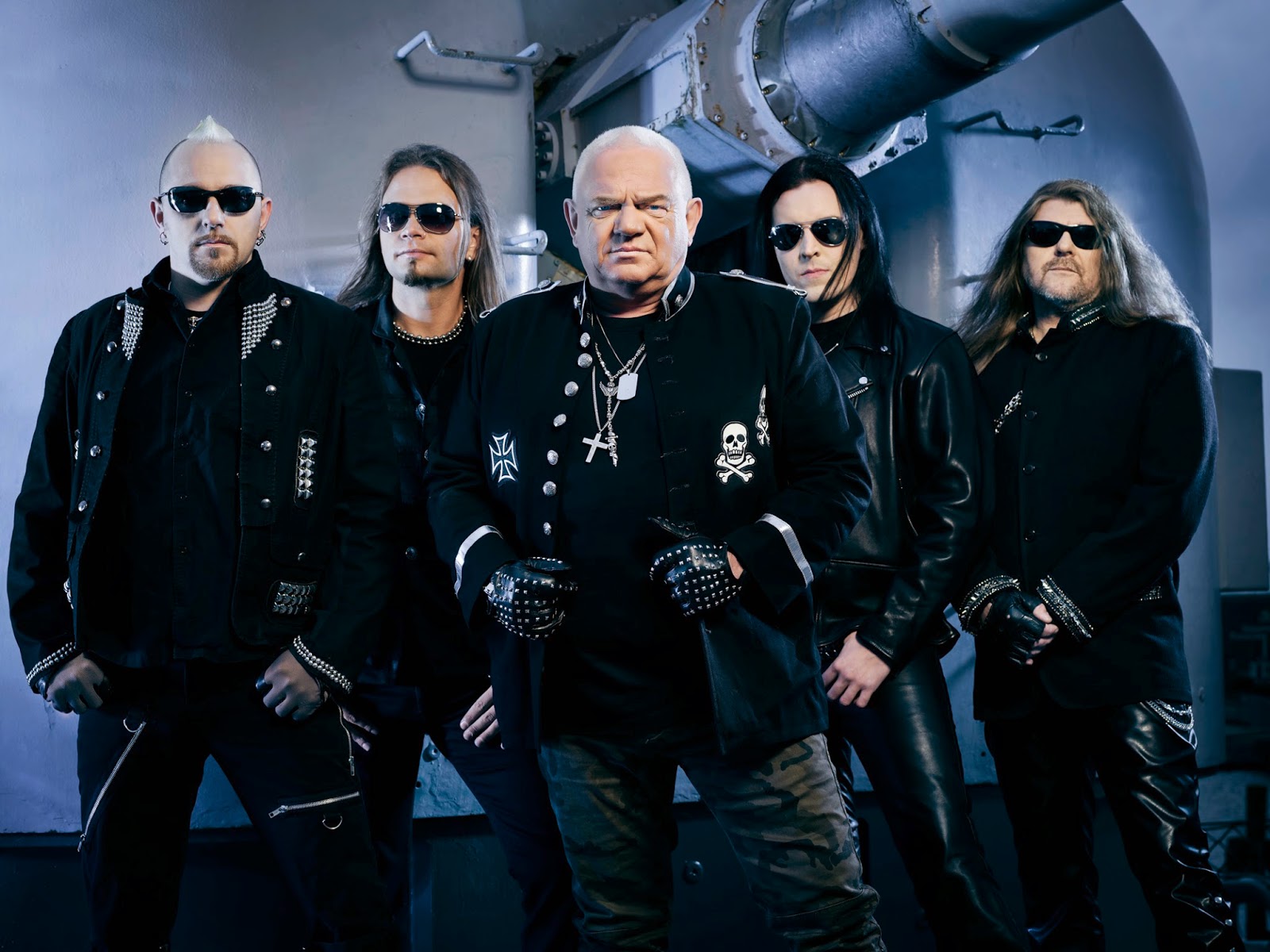 The whole band sounds great here and I can attest that they really do sound like this in concert, having seen them twice now, once in Toronto and once at Sweden Rock Festival.  Frontman and namesake of the group Udo Dirkschneider, the former leader of Accept with his rough, gravel-raked and guttural vocal style really does shine through here even though my favorite two tracks of the Steelhammer record, “Basta Ya” and “Book Of Faith” are not played during this concert.

Why did U.D.O. release another double live album so quickly after Live in Sofia?  Because he can and it’s awesome!  Dammit, now I have to buy the DVD!!