Up From the Ashes. A review of the new Queensryche CD and the events leading up to it. 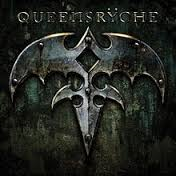 I remember now. I remember how it started…
I remember it clearly, feeling the air rapidly being sucked out of my body, leaving me light-headed and a little nauseous. My worst fear had come true. My one true love in life…dead! It was all clearly detailed on Eddie Trunk’s Facebook page, so it was undoubtedly the truth. He is, after all, the all- knowing metal aficionado.
I’d heard the rumors for quite some time that things had been a little rough in the Queensryche camp, but I’d never dreamed it would come to this. How could they do this to me?! I began mourning. I stayed up most of the night posting the traumatic news and a barrage of Queensryche videos on Facebook. Within moments of the news appearing on my wall, my friends began checking in with me to make sure I wasn’t standing atop a bridge somewhere, tearfully singing “Silent Lucidity” as I prepared to hurl myself into oblivion! My true friends know me well. As harsh as this news was for me to take, I managed to keep myself in check. Although I couldn’t shake the feeling that somehow a little piece of me was gone.
I spent the next few days researching what I could about the split and what the band members were doing. The breakup seemed beyond repair. Geoff Tate had been polarizing himself and his musical direction away from the rest of the band for years now (as was quite obvious to the fans). The band had finally grown tired of his diva antics and said “no more!” And who could blame them?! After Tate’s abuse of the audience at Rocklahoma, and his violent aggression toward band members in Brazil, there was really nowhere left to go.
The good news, however, was that the band was still together. They were playing under the name Rising West and had brought in a singer to fill the incredibly big shoes of Geoff Tate. I was, at first, skeptical. What was Queensryche without the voice of the mighty Geoff Tate? Granted, his voice was not what it once was, but he was still the voice synonymous with Queensryche and the sound that I had identified with for thirty years. Right?
Enter Todd La Torre…

At first I had just seen a photo. OK, he looks the part, but so what! Then it happened. I found a clip on YouTube of Todd La Torre (formerly of Crimson Glory) singing with Queensryche (still Rising West at that moment). Literally, the moment I heard that man project his first note, I knew something great was in store. My jaw dropped and shivers went through my body as he belted out the opening  to “Queen of the Ryche.” As some of you are aware, I spent many years fronting a Queensryche tribute band so I can tell you, without a shadow of doubt, that that is one of the most challenging vocals to sing. And Todd La Torre sang it with ease and an incredible sense of pride and power. For a brief moment I felt like a traitor, but I quickly got past that. Here it was! Like a phoenix up from the ashes! My beloved Ryche was not only back, but back with a new face, a new voice, and a long-awaited renewed energy. Long live the Ryche!!!! 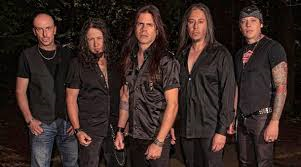 The drama between the two camps continued throughout the year, with both Tate and his ever-changing band and Todd La Torre and the remaining band playing under the Queensryche name. Court proceedings are pending and the name will supposedly be awarded to one or the other side in November. Tate continued (and still continues) to act like a diva (see my Decibel Geek article Battle of the Ryche), slamming the original band and the audience every chance he gets. I got to witness this display firsthand at the Tateryche (thanks for that name Billy Hardaway) show last April in Las Vegas. The Todd La Torre camp continued to go about the business of making music and entertaining the fans — now that’s class! They played lots of shows and began recording their self-titled album.
In December, they announced the release date of their new album. On New Year’s Eve (my birthday), they played in Las Vegas where I was lucky enough to see them live. I couldn’t have asked for a better birthday gift! I had my beloved Queensryche back! I was beyond excited to hear their new material. The suspense of a six-month wait would be difficult to take. However, as luck would have it, Queensryche (the real Queensryche) played Toronto in March of this year. Their outstanding performance further fueled my anticipation.
The marketing leading up to the release date of the self-titled album was genius. A snippet here, a sound-bite there…the sound was unmistakable. With each new teaser the anticipation grew until I could hardly contain myself. That classic Queensryche sound that had been absent for so long had the potential to breathe life back into a band that had been barely hanging on for years. They’d proved themselves without a doubt on a performance level, but those were songs that were already true, classic, awesome Queensryche. The proof and the truth would be the release of their album.
I had, of course, pre-ordered the deluxe edition of the CD. Having ordered it from the States, I wondered if I would actually receive it one day earlier than the Canadian release since for some reason the dates were not the same. Hot damn! I did. I went straight out to my Jeep, loaded it in the CD player, and I headed off for a long-awaited drive.
It was everything I’d hoped for. Everything I’d wanted to hear. I’d never really been moved the way I had with the albums up to and including Empire. I’d thought a big part of that was the absence of Chris  DeGarmo, and perhaps that had been the reason at that time, but the magic has clearly returned. The album has the classic Queensryche lyrical genius and the guitar work by Michael Wilton and Parker Lundgren rivals that of the old days. Todd La Torre belts out the lyrics with raw emotion and a seemingly limitless range that brings a freshness yet still captures the quintessential Queensryche sound that fans have loved for decades.
Parker Lundgren has proved himself to be a solid member of the new Ryche, which I’m sure very few people saw coming. His talent was undeniable, but his connection to Tate had led me to believe that Tate would be his puppetmaster since he was married to Tate’s daughter for a short time. Clearly not the case!! The reins are back in the hands of all the band members.
The album opens with a musical intro written by Scott Rockenfield and then leads right into Where Dreams Go to Die, which is one of my favorite tracks on the album and was brought to the table by Parker Lundgren. This song wouldn’t be out of place on Operation Mindcrime, which I believe to this day is one of the best albums ever written. Strong vocals and guitars have always characterized the Queensryche sound, with a solid rhythm section to pull it all together. This is what the album is all about.
Each song has the true Ryche feel but also a little something new. In This Light is probably the most radio friendly track on the album. It will appeal to a wide range of tastes but will settle in the hearts of longtime fans as well. La Torre has a hand in writing most of the songs and he seems to have settled in as an integral part of the creative team. There’s not a track on this album that I don’t love. In my opinion, this is one of the best CD’s of the year although, admittedly, I am a little biased.
You can tell that this is a labor of love from each band member and, at the same time, a true exhibit of team work. Every piece fits perfectly into the puzzle that is the new and improved Queensryche.
Whether or not the band win their name in the upcoming court proceedings, this is the Queensryche that I love and respect and will continue to follow as I have done for so many years.

They have risen…up from the ashes.