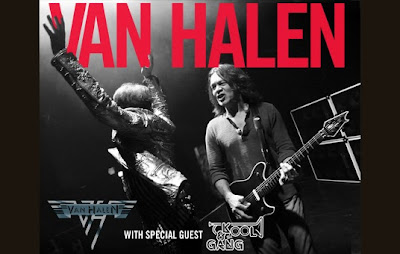 To coincide with our Roth era of Van Halen episode, I thought I would go back and take a look at what may have been a Top 5, maybe even a Top 3 concert for me and that was back on February 18, 2012 when Van Halen kicked off their ‘A Different Kind Of Truth’ tour here in Louisville at the KFC Yum! Center. I must say that this was just the kind of event that we Louisvillians were hoping for when the new downtown arena was built. The weeks leading up to the show were full of anticipation. For one, I had not yet seen Van Halen with David Lee Roth live. I missed the Indy date on the ’07 tour, so with that in mind alone, there was no stopping me from attending this show. No asking Momma for permission. No excuses.

Also prior to the show was obviously the release of the single “Tattoo” from the forthcoming album. This song did absolutely nothing for me. “Just wait for the album”. Thats what I told myself and everyone I knew that heard the song and said “what the fuck???”. So when the album was released I was able to exhale. I thought the album as a whole was great. Great songs. Great playing. The anticipation continued to build. 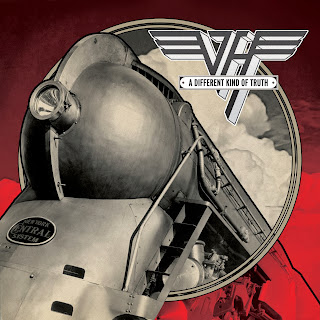 Finally. Day of show. And a Saturday night no less. See, usually here in Louisville rock shows are always on a Tuesday night or Thursday night. If your lucky, maybe Sunday. So this was cherry. That evening me and 3 buddies met for beers and dinner then it was time.

Kool & The Gang opened the evening. Now I know there was much speculation and a lot of criticism by a lot of fans about this but when they took the stage the crowd was up on its feet and having   a good time. They opened their set with ‘Fresh’ and plowed on for a solid 50 minutes of material that included ‘Too Hot’, ‘Hollywood Swingin’, ‘Jungle Boogie’, ‘Ladies Night’ and ‘Get Down On It’. As you might think, they closed with ‘Celebration’. The band was tight and completely dialed in and they sounded great. They went on, knocked it out, and by then we were all ready for what was to come. 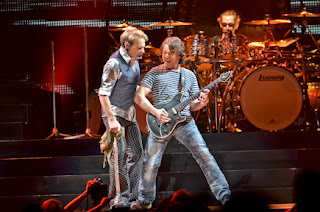 After what seemed like an eternity I saw Alex Van Halen come up to his kit and sat down. Simultaneously as he began to go around the drums the house lights and music went out, spotlights and strobes began lighting up on stage and guitar, bass and drums crescendoed together and for the next couple of hours I forgot about every problem, every ache and pain, wife, kids, you name it. Undeniable. 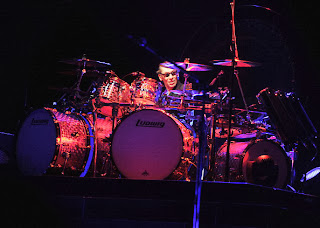 I couldn’t have picked a better setlist. The crescendo stopped and Eddie went straight away into ‘You Really Got Me’ followed by ‘Runnin With The Devil’. From there it was a balls out train ride of classics and  songs off  ‘A Different Kind Of Truth’. I know people bitch about Diamond Dave not singing that well anymore and Eddie is noticeably slower on stage, but does it really matter? For magic was happening on stage. A standout moment in the show was two deep cuts back to back. ‘Women In Love’ which they had not played since 1980 and ‘Outta Love Again’ which hadnt been played since 1979. I nearly tore my clothes off when the intro to Outta Love started. Dead serious. 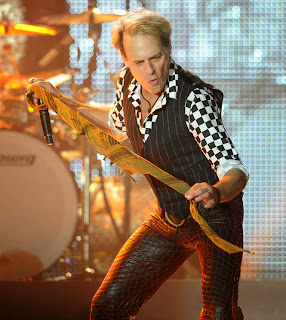 Two things I didnt like about the show: Eddie’s solo was near the end of the concert, and, that it had to end at all. It was simply that good. Near flawless. Dave was Dave. Eddie played and sounded awesome.Alex and Wolfgang followed suit and a soldout crowd let them know that for 2 hours we were theirs and they were ours. Complete setlist as follows:
You Really Got Me
Runnin With The Devil
She’s The Woman
Romeo Delight
Tattoo
Everybody Wants Some
Somebody Get Me A Doctor
China Town
Mean Street
Pretty Woman
Alex Solo
Unchained
The Trouble With Never
Dance The Night Away
I’ll Wait
Hot For Teacher
Women In Love
Outta Love Again
Beautiful Girls
Ice Cream Man
Panama
Eddie Solo
Ain’t Talkin About Love
Jump