Now I know that most of the Decibel Geek faithful are already well aware of the Killer Dwarfs and their music. Personally I am a HUGE fan and their music is always in constant rotation in my IPod. Being from Canada I was fortunate to see the Dwarfs rip up a concert stage or two over the years and these guys were always the real deal. High energy hard rock played live as it should be.

Recently I spoke with Russ about his Hardroad project and he mentioned a new project he was hard at work on. An acoustic album of some of his favorite Killer Dwarfs material. Immediately I got excited, new versions of some Killler Dwarf tunes? Count me in!!!!

Well the wait is almost over Russ’s Wireless CD will be available March 18th. Russ was kind enough to give me a sneak peak of the album and quite frankly I just can’t stop smiling when I listen to it. The production is damn near perfect with warm acoustic guitars accompanying one of rock’s greatest voices. Russ is blessed with one of those instantly familiar voices and unlike many vocalists of his era, he hasn’t lost a step. 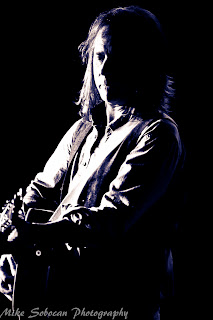 The album opens with “Keep the Spirit Alive”, one of the Dwarf’s biggest hits and the acoustic treatment this song received is simply brilliant. Maintaining all the power and energy of the original, the “unplugged” version is fresh and alive. Personally I find that “unplugged” albums either work well or totally crash and burn. Wireless does neither, I can’t recall any other acoustic album that doesn’t sacrifice the energy of the “electric”versions. Wireless totally nails it!

“Stand Tall” featuring a great solo from Mr. Glen Drover (Megadeth, King Diamond, Geoff Tate’s Queensryche), “Starting To Shine”, “Doesn’t Matter”, “Coming Through” all stay very true to the original versions. The big surprise for me came on track seven, “Dirty Weapons” is redone with a hauntingly dark and moody arrangement that totally blew me away (no pun intended).

Closing the album is one of my all time favorite Killer Dwarf tunes, “Drifting Back”. This track is perfect for an acoustic album and Russ called on a friend to add a little “SPICE” to close out the album. I contacted Mr. Ron “Bumblefoot” Thal (Guns and Roses) to get some insight on his involvement and he graciously obliged…

Decibel Geek: Let me first say that the guitar work on “Drifting Back” was absolutely killer!

Ron: Thanks so much!

Decibel Geek: So how did you get to be involved with Russ’s new project?

Ron: I’ve known Russ for a while through our mutual friend Mitch Lafon at Bravewords.com – he introduced us and we started making plans to write together, but I had to hit the road and life got in the way and we couldn’t get together and do that unfortunately.  But we always kept in touch, and I’m grateful to call him a friend.  🙂

Decibel Geek: Did you actually get into the studio with Russ or was this a digital long distance recording as is so common these days? 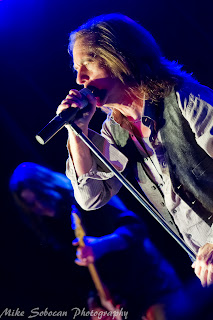 Ron: We did the long distance recording relationship, haha.  He sent me the song and I sent him my tracks.  Laid it at my studio in New Jersey in late November in-between touring.  Used a Parkwood acoustic guitar, laid a track, just improvising, feeling the song, did a second take, listened to both together and it worked  🙂  Sent him a rough MP3 of it, he wasn’t horrified, haha, so from there I sent him the guitar track by itself to sync into his multi-tracks and there ya have it folks, modern-day long-distance recording…..  🙂

Decibel Geek: If so, did you get to partake in any Canadian debauchery lol?

Decibel Geek: How was the track Drifting Back chosen?

Decibel Geek: Do you have any memories of the Killer Dwarfs you would like to share with our readers?

Ron: My first memory was seeing one of their videos on TV, can picture the video in my head…  I think it was Dirty Weapons?  That or Stand Tall….    I thought the singer had a killer (no pun intended) voice, and he still does!  Love hearing a great rock singer in an acoustic environment, you get to really appreciate the dynamics of Russ’ voice.  So, my memories, with a big time-gap in-between them, is seeing ’em on TV, and 20 years later having the pleasure of knowing Russ and making music together.  🙂  I know everyone’s gonna love Russ’ album, so glad to be a part of it  🙂