A DOZEN ALBUMS FROM 1978 THAT YOU SHOULD HEAR 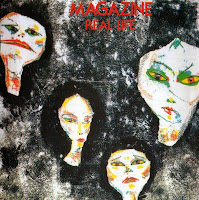 Magazine were formed by singer Howard Devoto, who was a founding member of classic punk band the Buzzcocks but left after the band’s first EP Spiral Scratch in 1977. Magazine’s debut album Real Life, which came out in 1978, is one of the first and best post-punk records, truly inspired and brimming with creativity. Guitarist John McGeoh was a highly respected player who injected rock into the artsiness. He was once described as “the Jimmy Page of New Wave.” 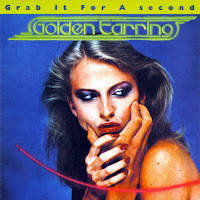 11. GOLDEN EARRING – GRAB IT FOR A SECOND

Golden Earring formed as The Golden Earrings in the Netherlands all the way back in 1961 and their first single came out in 1965. They are best known for their hits “Radar Love” and “Twilight Zone” which came out almost ten years apart (1973 and 1982), but their strongest record is the suggestively titled Grab It For a Second, their THIRTEENTH, with great production work by Jimmy Iovine and killer songs like “U-Turn Time” and “Movin’ Down Life.” 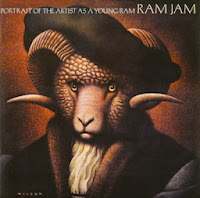 10. RAM JAM – PORTRAIT OF THE ARTIST AS A YOUNG RAM

Ram Jam  had a top 20 hit with “Black Betty” from their 1977 debut. They added second guitar player Jimmy Santoro and beefed up the sound for their second LP, a bruising affair that left the record label and fans of “Black Betty” scratching their heads, especially since the album was produced by Bubblegum impresarios Kasenetz and Katz. Just another cool hard rock record with a very unfortunate album cover.
https://www.youtube.com/watch?v=EJxoYiATxcM 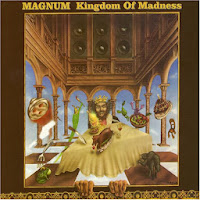 Magnum are a British progressive/AOR band very successful in their home country but virtually unknown stateside. Kingdom of Madness is their first album and the most prog sounding, but the songs, all written by guitarist Tony Clarkin, are short and to the point. The album was recorded in 1976 and eventually released in 1978 by Jet Records, the label most famous for spearheading Ozzy Osbourne’s solo career. 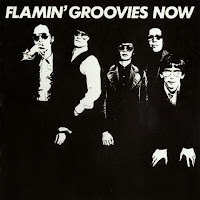 The Flamin’ Groovies formed in 1965 as a garage rock/rockabilly band but had altered their sound quite a bit by the time their classic album Shake Some Action came out in 1976. That album’s follow-up, Now, incorporates even more of the Byrdsy and power pop elements that got people’s attention in 1976. It’s not as great a record as Shake Some Action but worthy of any rock nerd’s collection. 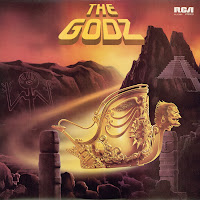 Cleveland band The Godz seem to have been one of Casablanca’s “next Kiss” hopefuls but their “misogynistic biker” image was severely lacking. That being said I get a big kick out of this album, most of the time it seems like you’re laughing at them more than with them but this album is fun as hell to slap on and chuckle along with while shaking/banging your head. The extended monolgue in “Gotta Keep A-Runnin'” must be heard to be believed. 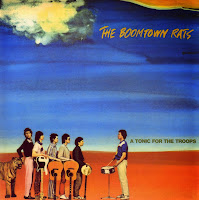 6. THE BOOMTOWN RATS – A TONIC FOR THE TROOPS

Irish rockers the Boomtown Rats began as a quasi-punk band but by the time their second album “A Tonic For The Troops” was released in 1978 their songs more closely resembled those of Springsteen than the Sex Pistols. This is an amazing record featuring stellar songwriting and performances and is a great early example of the production skills of one Robert John “Mutt” Lange, who would go on to produce the Rats third album right before Highway To Hell. 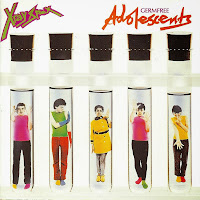 Fronted by what appeared to be a teenage girl with braces (she was actually 21) who called herself Poly Styrene (RIP), X Ray Spex put out one of the all-time classic punk rock records in 1978 and graced it with one of my personal favorite album covers. Punk fan or not you need to hear this album. 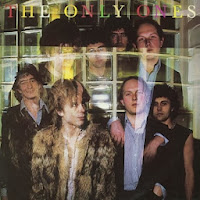 Fronted by gifted songwriter and certified eccentric Peter Perrett The Only Ones were one of the most artistically impressive bands to get lost in the punk/new wave shuffle. A lot of people seem to know their classic tune “Another Girl Another Planet” but still, not enough. This is a monumental record, a bonafide lost classic, yet never even released in the United States. I found a dusty copy in the back corner of a San Antonio headshop in 1998. Lucky me. 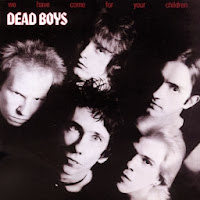 3. THE DEAD BOYS – WE HAVE COME FOR YOUR CHILDREN

Even though this album, their second and last, is lambasted and dismissed by guitarist Cheetah Chrome in his autobiography (he was quite displeased with Mountain member Felix Pappalardi’s production work, which I think is fine) I love the record. Great songs. Stiv kills it. The Dead Boys were one of the coolest bands ever and “I Won’t Look Back” (see below) might be my favorite punk rock tune. 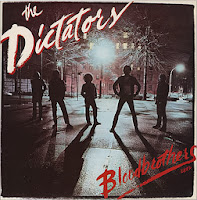 The Dictators are one of my favorite bands, I just love ’em. They released three albums in the seventies and each record is completely different. It’s nearly impossible for me to even rank them, I basically like all three the same amount, which is a lot. This album is the third, and the heaviest. If you’ve never heard it rectify that error ASAP. You can hear the incredible “Stay With Me” below. Really, I don’t think it gets any better. Adny Shernoff, you the man! 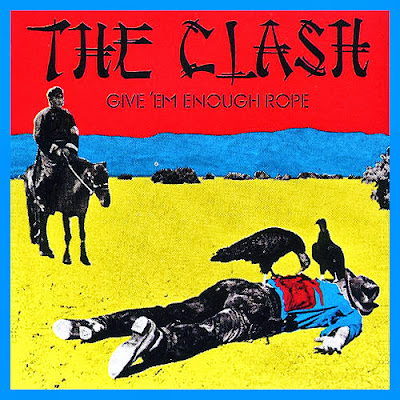 Well look at that, the top two albums on this list were both produced by the same person, none other than Blue Oyster Cult sven gali Sandy Pearlman. I love that guy! This record, the second by The Clash, is truly magnificent, it transcends punk rock, it is an under-appreciated gem of an album. Everything about this record is great (well, except for that album cover). I don’t know how you feel about The Clash but it doesn’t matter, because if you don’t like them you probably haven’t heard this album. So listen to it. This is a rock record, a great rock record. That’s all. Forget that word punk. This album is rock and fuckin roll. What rock fan would not like “Safe European Home?” “Drug Stabbing Time?” “Last Gang In Town?”