A KISS DISS from Steven Tyler 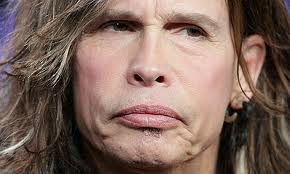 Last week, while on a break from work I read something quite amusing. According to a recent interview with Aerosmith’s Steven Tyler, it appears he feels Kiss are a “Comic Book Band”. That in of itself wasn’t the most amusing part, what really intrigued me was the reader comments that followed. We’ll get to that in a moment.

Now when I first read the quote I thought to myself that without proper context, this could have gone both ways as either a strange compliment or an outright dig at the band. So I followed through and read the interview.

In the article Tyler admitted to some serious competition  “issues” between the bands back in the 70’s, then he goes on to compliment Paul and Gene calling them “wonderful people” but then he seems to take a stab at them with his “comic book band” quote. Saying that Aerosmith takes themselves and their art seriously, making it sound as though he feels Kiss is just all flash, bubblegum and no substance.

Interesting words coming from a guy who spent two seasons as a judge on American Idol. A move that “commercially” kept Steven in the press spotlight while his band recorded their next album. You don’t get much more “comic book” or “bubblegum” than American Idol.

Look, I will take nothing away from the legacy of Aerosmith. They earned their rightful place in Rock n Roll history producing some truly classic, timeless music. I love their music. That said, in this writer’s humble opinion they haven’t released a decent album since 1993’s “Get A Grip.” 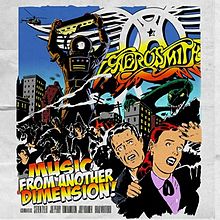 Interesting to note that the “diss” comes on the very same week that Kiss released their new “Monster” album and only three weeks until Aerosmith are scheduled to drop “Music From Another Dimension.”

Considering the number of crossover fans that both bands share, it seems a little foolish of Steven to throw barbs at the Kiss army at this point in their career. Some will say any press is good press and maybe I am wrong but judging by the comments that readers posted after the interview started making the rounds, it seems pretty clear that the Kiss faithful weren’t too pleased with Steven’s remarks. Kiss fans are a tad protective of their favourite band.

This shouldn’t have surprised me as I recently wrote of an instance in Toronto when David Coverdale crossed the Kiss Army and paid the price that night. Feel free to check it out at https://steeletech.us/decibelgeek/?p=862

It just seems to me that throwing insults at your fellow rockers is a pretty piss poor way to promote your own album. In today’s marketplace fan retention is probably pretty important, even for the well established bands. 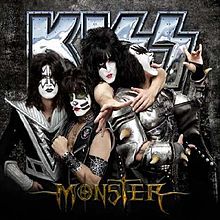 I do know that based on hearing Aerosmith’s first single from the new album, I will be in no particular rush to be at the record store on November 6th. Sorry Steven, think instead I might buy a comic book, some bubblegum and listen to Toys in the Attic or maybe Kiss’s new Monster. Did I mention that I purchased Monster the day it was released, just sayin.