This week Aaron and Chris launch the first installment of a brand new series for the Decibel Geek podcast with Albums Unleashed. The stories behind the songs, circumstances, and creative process from a major player in an album’s creation. And to start things off, we’re covering Alice Cooper‘s DaDa album with special guest Dick Wagner. 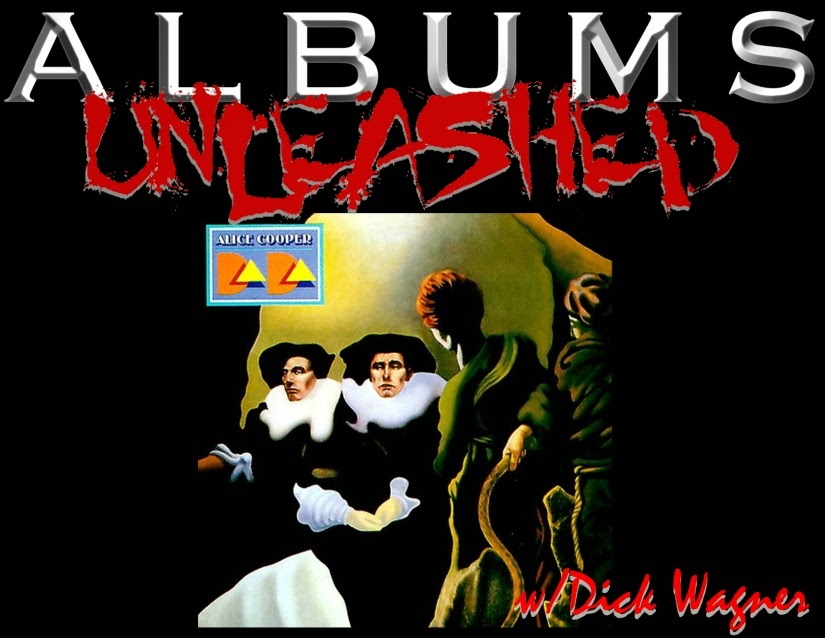 Released in 1983, DaDa was, for all intents and purposes, dead on arrival due to being the final album in Cooper’s contract with Warner Brothers as well as the out-of-the-box style of songs. Part art-rock, part esoteric/theatrical concept, DaDa’s synthesizer-infused production combined with a healthy amount of humor crossed with dark subject matter left 1983 audiences confused; and they weren’t the only ones.

The early 80’s were a self-professed “blackout” period for Alice Cooper with the rocker going as far as saying that he barely even remembers the songwriting process or production of this album. Cooper’s lack of recollection has led many die-hard Cooper fans to create their own theories as to the concept behind DaDa. Guitarist/composer Dick Wagner, a longtime collaborator of Alice’s, was the principal songwriter on this album and was kind enough, while in Nashville in May of 2014, to sit down with Aaron and Chris to discuss the entire album track by track and memory by memory.

In this discussion, Wagner shares his memories of the difficult
that led to getting Alice to come to ESP Studios in Buttonville Ontario from his Pheonix home to join he and producer Bob Ezrin in the making of DaDa. Alice’s alcohol abuse hit record highs during this period and Dick shares his recollections of their songwriting and recording process that led to the songs on the album.

From the creepy title track’s intro that features producer Ezrin aping a psychiatrist talking to Cooper as DaDa’s featured character over a bed of strange reverberating sounds and the voice of a child calling out for its father to the dark tale of self-destructive realization that is album closer ‘Pass the Gun Around,’ Wagner tells the story of the album’s basic concept.

During this in-depth discussion of 1983’s DaDa, Dick Wagner reveals the inspiration for the man-in-the-attic track ‘Former Lee Warmer’ and how, while it has horror opera feel, it’s true roots lie in a bad business realtionship with Alice’s record label.

A fantastic fan-created theory of the albums concept and storyline was written online in 2008 for Ultimate-Guitar.com by a user named madpaperboy89. Aaron and Chris were so intrigued by the review that they read parts of it to Dick to get his take on it. As you’ll hear in the discussion, the writer was spot-on in parts.

As you’ll hear in this installment of Albums Unleashed, DaDa still holds a very special place in Dick Wagner’s heart and it’s finally earning some much-deserved attention after all these years.