Chris and Aaron tend to differ on many of the bands that they like. The dichotomy of those tastes have helped broaden their own musical palette over the course of doing this show. But one band that they both agree on is Anthrax. 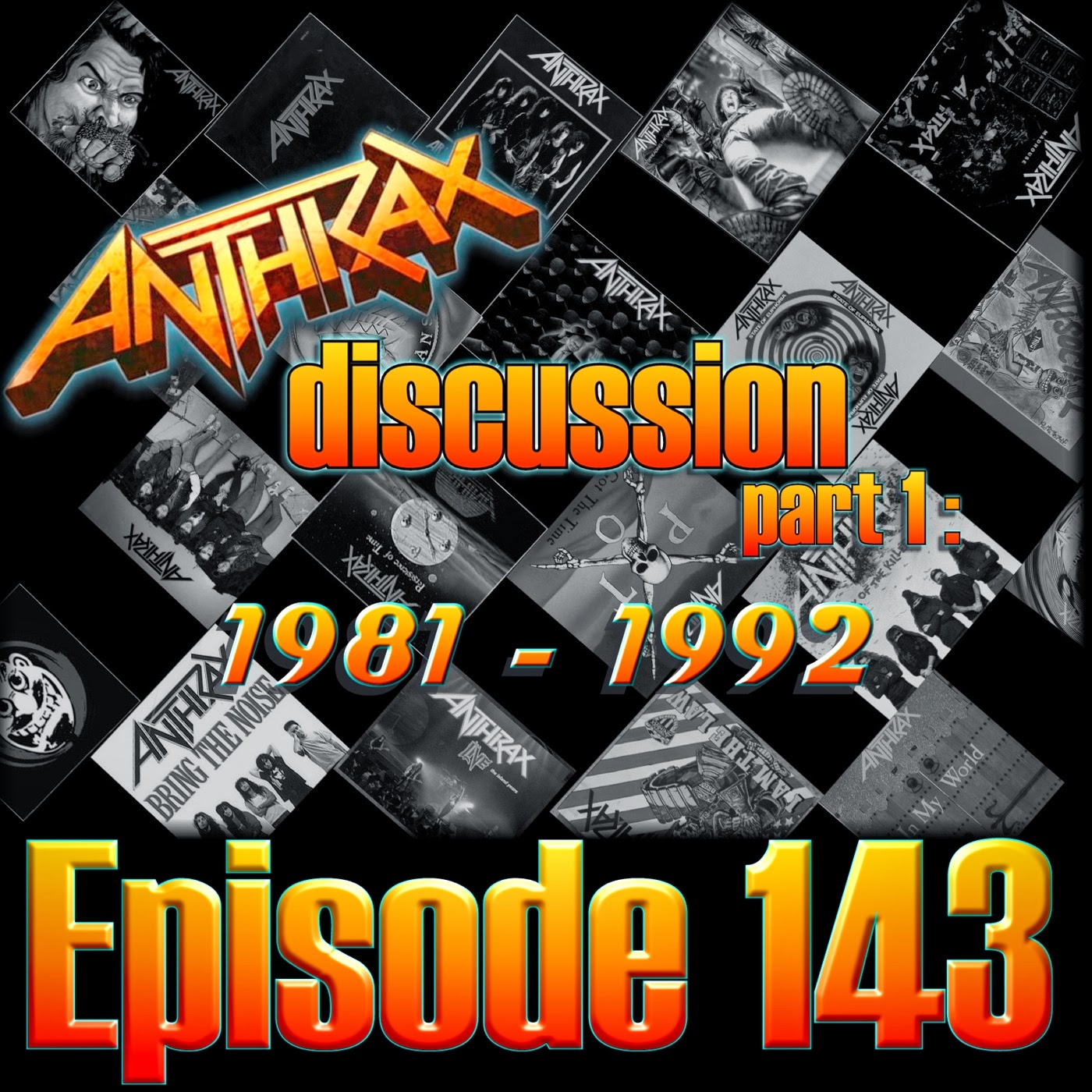 This week Chris and Aaron are joined by Mars Attacks and Talking Metal host Victor M. Ruiz for a discussion of the first decade of Anthrax (1981-1992). In this discussion Chris, Aaron, and Victor go through the anthrax discography from their Neil Turbin-fronted debut, Fistful of Metal, through the final release of the Joey Belladonna era; Attack of the Killer B’s.

Also included in this in-depth discussion are clips from the hosts favorite songs from albums of this era including Spreading the Disease, Persistence of Time, and the genre-bending I’m the Man EP among others.

Other topics covered in part 1 of this Anthrax discussion include rumors that Eddie Trunk was a key player in the removal of Neil Turbin as lead vocalist, touring troubles brought on by numerous problems including the death of Metallica’s Cliff Burton, and the strange shared touring bill that had Anthrax opening up arena shows for KISS at their poppiest.

From the straight-ahead sound of Metal Thrashing Mad to their adventures into rap and hip hop with their cover of ‘Bring the Noise,’ Anthrax made a lot of movement during this first decade and we do our best to cover it all.

DISCLAIMER: Yes, we know that KISSMAS in July is starting next week. Never fear, part 2 of this discussion will be released during the first week of August.