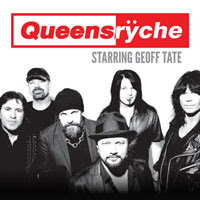 I’ll be honest, the limit of my Queensryche fandom lies in the early material up through 1989’s Empire album. I’ve dipped my listening toe in for some of the later releases but those albums never gripped me like the material from their glory years. I would probably be described as a “fringe fan” at best. So, with that said, it doesn’t take much digging to become aware of the painful soap opera that has played out over the last year between Tate and the rest of the band. While all this drama makes for good internet fodder, I’ve tried to remain open-minded about the music that is coming out of both camps.

I’ve only heard clips of the Wilton et. al. version of the band and I’ve enjoyed what I heard and plan to buy the album in the next few weeks. I have listened to the majority of Geoff’s Frequency Unknown album and, while it doesn’t really carry the Queensryche sound that I dug back in the day, it’s a definite improvement over Dedicated to Chaos and some of the albums preceding it. It’s also been common knowledge lately that the Tate-led version of the band has been consistently changing members. I’m not going to speculate on the reason for this but I was actually pretty interested in checking out this lineup as they rolled into Nashville recently. 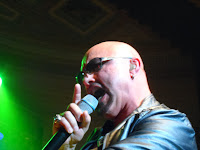 I arrived at War Memorial Auditorium with a faithful Decibel Geek listener joining me for the night’s festivities. We were both interested to put all of the rumors and innuendo about Geoff aside and focus on the evening’s performances. Could this new version of Queensryche (featuing brothers Rudy & Robert Sarzo, traveling skin basher Brian Tichy, guitarist Kelly Gray, keyboardist Randy Gane and Canadian songstress Sass Jordan performing the Sister Mary parts) stack up to the originals? We’d soon find out.

Upon entering the main venue about 10 minutes before the band hit the stage, one fact was painfully clear; Nashville was NOT overly interested in seeing this version of Queensryche. There were, maybe, 200 people in the auditorium at show time.

The other ‘Ryche played a much larger venue a few months ago to a full house. I will admit that there was little to no promotion for this concert and it was on a Thursday night. Plus, I have seen images of decent-sized crowds at other stops on this tour so maybe those are valid reasons.

Regardless of the sparse turnout, this new version of Queensryche put on an absolutely great performance. Celebrating 25 years of Operation Mindcrime, the band played the entire album from front to back. Standout songs included Revolution Calling, Spreading the Disease, Suite Sister Mary (featuing Sass Jordan) and main set closer Eyes of a Stranger. Also during the main set was Brian Tichy performing a slamming drum solo that left me awestruck. This was NOT your typical pee/beer break drum solo. Instead, Tichy played some inspired beats that showed a definite Peter Criss/John Bonham influence; going as far as playing a section with his hands!

The band came back out to perform a six song encore that featured the premier of Frequency Unknown single ‘Cold,’ ‘I’m American’ from Mindcrime II, and a few tracks from Empire. The only downer of the night performance-wise was the performance of ‘Silent Lucidity.’

While this song has never been a favorite of mine, it was only made worse in concert due to cameos onstage by Jimmy Wayne and former Rockstar Supernova winner Lukas Rossi. While Wayne did okay on his verses, Rossi was just unbelievably hard to listen to as he attempted to croak out the chorus of the song while a puzzled Nashville audience looked on. It only strengthened my opinion that reality television is not a guarantee of talent.

After a bit of a wait, those of us with passes were allowed to enter the main room again to mingle with the band during the meet and greet. I have nothing bad to say about any of these people. The entire band, Geoff Tate included, were truly gracious and could not have been nicer.

I especially enjoyed talking to Brian Tichy and Sass Jordan as we talked KISS (I know, not a surprise) and Brian let me hear a bit of he and Sass’s version of ‘I Stole Your Love’ that will be included on the soon-to-be-released World With Heroes tribute album that’s being facilitated by good friend of the show, Mitch Lafon.

All in all, this was a very enjoyable night of music. The band played a tight, energetic set and Geoff Tate seemed to be in good spirits considering the circumstances. I do have to wonder, however, how sustainable this version of Queensryche can be. As I said earlier, there was very little promotion and it looks like some of the other shows had decent turnouts. I guess only time will tell if there’s room in this world for two Queensryches. 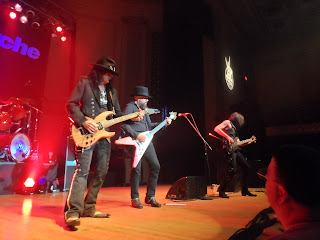 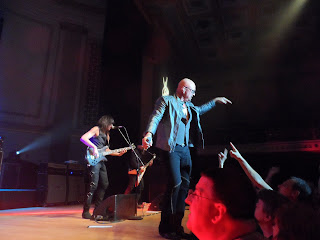 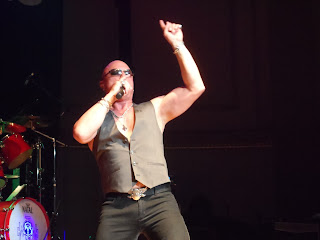 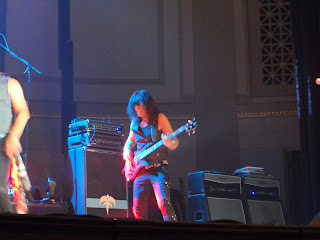 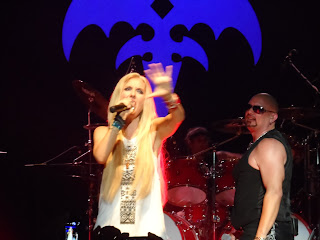 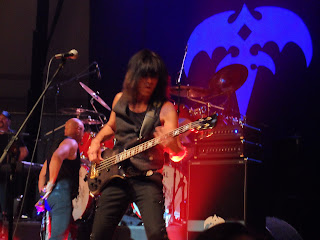