Ok, this week I am going to do something a little different. I am not going to write about a specific band or concert or album. I want to take a moment and discuss the entire theme of this week’s Decibel Geek Podcast.

First, I want to personally thank Mr. Chris Czynszak and Mr. Aaron Camaro for entrusting the podcast to a couple of “hosers” who had no clue what they were doing. We had a blast doing it. So on behalf of Rich and myself, we hope we haven’t damaged the Decibel Geek Show in anyway. To the listeners, we hope you enjoy the show, if not the hosts then at least the music we played. 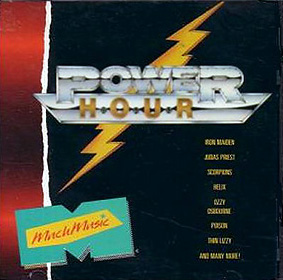 I probably have already written about this within previous posts here, but being Canadian when it comes to our music is really quite strange. As a teenager, growing up in Canada (and before the internet) we received all the great music and bands from south of the border and abroad. Motley Crue, Quiet Riot, Van Halen, Ratt were all over our “rock radio” and “Much Music” (Canada’s version of MTV). So we were banging our heads to all those great bands and reading about them in the pages of US metal magazines Hit Parader, Circus and Metal Edge.

We also had tons of great bands that hail from the Great White North. In Canada, it sure seemed that these bands had every bit of exposure as their US counterparts. We would hear them on the radio, we would see their videos on TV and go see their sold out concerts. As a naïve teenager, they were every bit “Rich and Famous Rockstars” as the Motley Crues and the Def Leppards of the world.

Sheltered within the confines of Canada, we had no idea that many of these bands that were part of our lives, were not even known south of the border. Now I could rant and write a 10-pager on the CRTC, a Canadian Government run agency that ensures a minimum percentage of the music and entertainment we receive here in Canada is Canadian!. I could also add a few more pages on the sorry state of our “Canadian” record labels that did less than nothing to get these great bands heard in the US.  That’s another article for another time.

So when I started writing for the Decibel Geek, I wrote some of my first articles about some of the Canadian bands that I love. Thought I should write about what I know and being the only Canadian writer for the site (at the time, anyway) it was something a little different, but it was much more than that. 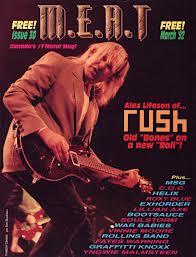 Chris borrowed the phrase “building a local music scene with a worldwide audience” and that really spoke to me. I love the fact that I have been able to share some of my favourite Canadian music with people from all over. Not just because I am proud to be Canadian, but because these bands wrote great music that moved me and I love to share that with my friends.

It’s almost frustrating when I speak with people and they are completely unaware of these bands and their music. I know it’s not their fault, they can’t know about stuff they have never been exposed to. I spoke with one of our writers and asked her who her favourite Canadian rock band was, and she honestly informed me that other than Rush, she really couldn’t think of any. I have enrolled Cynthia in Wally’s Canadian Metal 101 program. Just wait till she gets her first tuition bill!

How can we have bands that have gold and platinum albums in Canada that are invisible beyond our border. It sucks for everyone involved, the artists for not getting their just rewards and for the listener who never got to enjoy the art in the first place.

So I raise my glass to Chris and Aaron for giving us the Decibel Geek Podcast creating this local music scene for us all to enjoy. I encourage everyone to support their local indie bands, the best music is often being played just down the street so be sure to get out and discover some new favourite bands, buy their CD’s and then share them with the Decibel Geek Podcast!

For those that enjoyed the music that Rich and I played this week, please let us know. God knows we could hijack the show again! Our Canadian music collection is quite extensive m/!